In a newly delivered Frigidaire brand refrigerator, I found two things that appear to be seeds. The refrigerator is probably imported to USA without a permit to import the seeds. Anyone know what type of seeds these are? 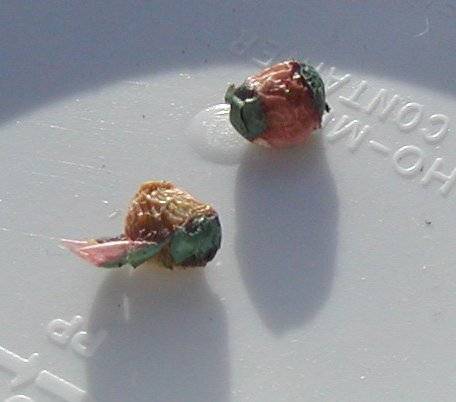 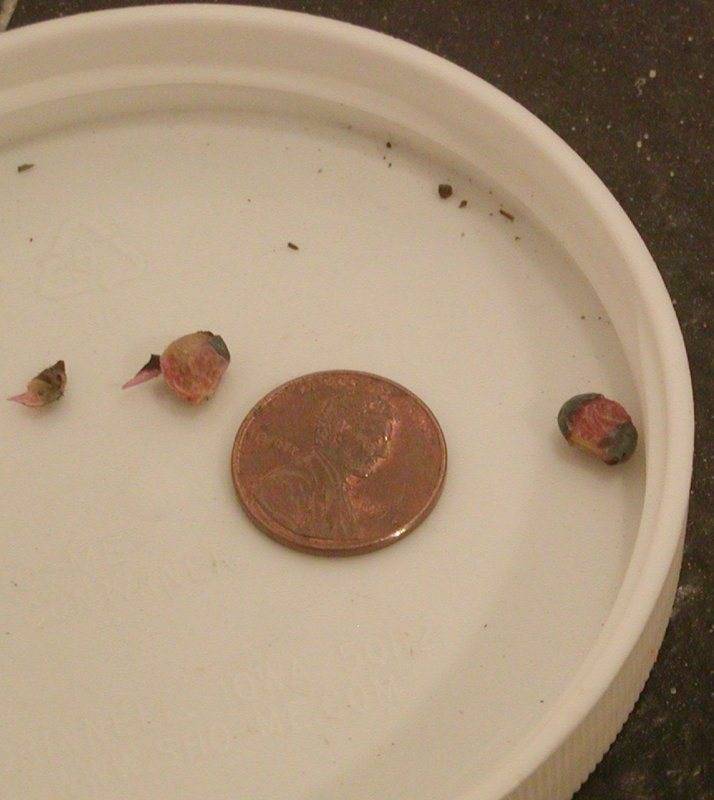 Orignally the seeds were bright red and blue. The red part of the skin has since peeled off. Originally the body of the seeds was smooth and oily.

This is often how invasive species are introduced. I would check with a local university botany department.
jim mcnamara
Mentor

I think the OP is located in New Mexico so -

No. Send it to the NMSU state seed laboratory. If the state cannot ID the seeds then it will be forwarded to the Federal Seed Laboratory in Beltsville MD. Most colleges are nextdoor to useless when it comes to seed identification. It requires several years of on the job training.

jim mcnamara said:
I think the OP is located in New Mexico so -

No. Send it to the NMSU state seed laboratory. If the state cannot ID the seeds then it will be forwarded to the Federal Seed Laboratory in Beltsville MD. Most colleges are nextdoor to useless when it comes to seed identification. It requires several years of on the job training.

Just a comment to verify the people with the knowledge
Would it be odd that they would be able to identify out of locality or out of county seeds - ones that they would not be familiar with.
Klystron
Gold Member

The USDA has a seed herbarium - basically tubes of several seeds of one species. Some seeds are larger and are in special tubes. Because of Biome overlap i.e., the Chihuahuan Desert exists in New Mexico (USA) and in Mexico so a lot of species how up that way. The herbariums had 10000+ drawers and several hundred thousand species. That was 1968. Likely a lot bigger now. (I guess).

The main source of new species for the herbarium is though importation. I once worked a lot of centipede grass seeds ( Eremochloa ophiuroides) From Africa that had six unknown "weed" species - not in the herbarium. We got help from South Africa where the seeds came from in order to get them identifed. The seed lot was rejected because the germination rate was less than the allowed minimum. Not because of the weeds which would also have bounced the seed lot back home as well. The seeds went into the herbarium.

This process has been ongoing on since 1938, when the Federal Seed Act began to be enforced. All seed imports are inspected for known weed species (noxious weed list for all 40 states and territories), germination standards, percent live seed content. For example, morning glory is a noxious weed known to the state of Arizona. But W. Atlee Burpee Seed Co sells it to everywhere else but there.
256bits
Gold Member

Yeah,
I found this while poking at for invasive species.
https://www.invasiveplantatlas.org/images.cfmThat's certainly not a whole list, and includes some native that have spread to other NA continental areas, not necessarily from other continents of the world, so some would appear to be known locally.

As for the seed in question, I can see where Jim says several years need be for knowing yours seeds.
Is it a nut, from a pod, ...
Stephen Tashi
Science Advisor

jim mcnamara said:
No. Send it to the NMSU state seed laboratory.

Their webpage asks for samples of seeds weighing several ounces. I happen to live in the same town as NMSU, so I'll email them and ask how to proceed.
Log in or register to reply now!

Medical Why is homeopathy and alternative medicines not illegal?
2

When does plant stop using nutrients from seed leaves?

Importance of classification in eukaryotes