Most effective of 1000 groups given mean median mode and N

Hi,
For a SoC project I am working on I need to select one cell which is most critical.
example, If a bus is going through 1000 stops 1000 times I have mean median mode of delay contribution of that stop compared to the total delay to reach from start to stop point and N (number of times bus has gone through that stop).

How do I get the most critical bus stop of all the stops ?

What do you mean by "the most critical bus stop"?

What does the "1000 times" mean if your frequency values are all above 1000?
Stephen Tashi
Science Advisor

And what do you mean by:

In the example I gave, by most critical I meant the one which is contributing most to the total delay in general, Frequency is number of times each cell(or stop) is appearing and I gave 1000 times just for example , In the data I have, as you can see the frequencies are different for different cells....
and 1.8 is the percent of total delay contributed by that particular cell (or stop)..
Its like there are some x paths and in x paths there are different cells contributing to the delay of the path
so In all the paths the percent of delay contributed by each cell is calculated. since each cell is occurring multiple times in multiple paths and contributing different delay at different instances, I have taken mean of all the percentage delay contributions for each cell and that is in second column , same way I 've taken median and mode
mfb
Mentor
Insights Author

reddvoid said:
In the example I gave, by most critical I meant the one which is contributing most to the total delay in general

How is "total delay in general" defined? Just the mean multiplied by the frequency?

Why do you have percentages instead of absolute numbers?
reddvoid 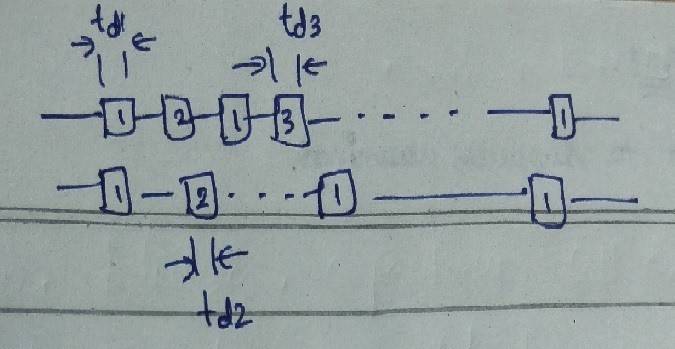 Like this there are thousands of paths with different cells .

reddvoid said:
Like this there are thousands of paths with different cells .

The answer is going to depend on how often buses take each path, isn't it?

Are you dealing with a problem that actually involves buses in real life? They have scheduled routes don't they? There are lots of possible routes in a city that no bus is ever scheduled to take.
Share:
Share

S
Finding the Mean/Median of a Normally Distributed Curve

S
What is the correct way of describing this change - mean or median?

M
Sum of deviations from median