NSA is collecting and storing all of your data

William Binney resigned from the NSA because they were collecting all the data they could on US citizens and storing it permanently. https://www.youtube.com/watch?v=TuET0kpHoyM
He did not trust them to use it responsibly and he went public.

According to Glenn Greenwald, the NSA has refused to discuss the issued with the Senate Intelligence Committee, which is charged with oversight of the operation. https://www.youtube.com/watch?v=zCj7SmjSsGw

These times anyone foolish enough to 'broadcast' personal data of sensitive nature is, well, foolish.

I'll bet NSA doesn't flood my computer screen with annoying personalized pop-ups.
I hope they trace all my incoming phonecalls and go after the telemarketers. Fine is $10,000 a pop for faked caller ID's - they could pay for that Utah data center in about a week.

Kind of ironic they didn't have anything on the Boston Bombers, yet they know what is in my bank account and what size pants I wear.

Wasn't the Department of Homeland Security supposed to do the data mining and put all of the pieces together?

BTW the FBI interviewed the older of the two Boston Marathon bombers two years ago.

Personally I don't really care what information they gather. Just get it right.
Danger
Gold Member

You guys are just catching onto this now?
Forget the USA; those bastards have been listening in on pretty much every wireless transmission made anywhere in the world for decades. edit: What the hell am I saying? The were tapping all wired phones as well, going back to the 50's or maybe even earlier. end edit: For the most part, it's computers with enough voice recognition ability to flag key phrases and start a recording that can be further analyzed by humans. Everything else is just stashed away without any attention paid to it. Now that the internet exists, they've gone completely off of the rails, adding e-mails and even search histories to their crap pile.
I first became aware of the NSA sometime in the early 70's, during a research binge for a book that I was writing. At that time, and probably still, the NSA had the largest computer system in the world, far dwarfing that of NASA, the Library of Congress, and all universities combined.
Around 1985 or so, I bought a used copy of a book called "The Puzzle Palace", subtitled "Inside the National Security Agency / America's Most Secret / Intelligence Organization"
(/'s indicate a new line of text.)
It was written by James Bamford, copyright 1982, but mine is the '83 edition.
That is one incredible eye-opener.
Since I detest US intrusion upon the rest of the world, I've made it a point since the 70's to occasionally mention plutonium or Blue Light or the Feathermen or even some stuff that I make up that sounds suspicious when speaking to friends on the phone, just so that some idiot at the NSA gets knocked out of his nap by a computer telling him that there's a terrorist on the line.

The government can collect and listen in on anything I say or do. I'm not a criminal and not into subversive activities. Who I fear are marketing companies. I fear Facebook more than anything. Websites I visit that use tracking software are much scarier than the government. I have started using anti-tracking software for marketing because the ads are annoying, but like one article said, we should appreciate targeted marketing because at least target ads should make ads more meaningful to you. I guess they aren't a forum moderator. I have to link to a lot of garbage I'm not interested in and I'd get some really bizarre ads as a result.
OCR

You are being watched. The government has a secret system: a machine that spies on you every hour of every day. I know because I built it. I designed the machine to detect acts of terror, but it sees everything. Violent crimes involving ordinary people, people like you. Crimes the government considered irrelevant. They wouldn't act, so I decided I would. But I needed a partner, someone with the skills to intervene. Hunted by the authorities, we work in secret. You'll never find us, but victim or perpetrator, if your number's up... we'll find you...

I actually watched the pilot episode of that show, because it seemed interesting in the promos. Never made that mistake again. Too bad, because I like Michael Emerson. (Caviezel is a twit, though.)
OCR

Danger said:
Too bad, because I like Michael Emerson.

My wife has it set to record, so I usually watch it... only because I can fast forward through the commercials, though.

OCR said:
My wife has it set to record, so I usually watch it...

I might watch it one more time if I can borrow your wife for company. She has to be willing to travel, though. I can't leave my house for physical reasons, and I'm not allowed in the US for legal ones. (I suspect that I just needlessly wasted a lot of hormones thinking about that...

Danger said:
I can't leave my house for physical reasons, and I'm not allowed in the US for legal ones.

Yeah, Cessna's are notorious for their ineffective flaps.

Now, advanced training in the correct method of executing a proper forward slip just might have made the difference... especially, if you'd been in a J-3 like I was.


Danger said:
Dang! Why didn't I think of that? I could have hooked the dude's clothesline with the mains and stopped in half the distance. :grumpy:

Personally, I'd have tried for a tail wheel hook, but... maybe you didn't have one...


Danger said:
I might watch it one more time (I suspect that I just needlessly wasted a lot of hormones thinking about that...

Lol... I suspect you're right.


Danger said:
if I can borrow your wife for company. (I suspect that I just needlessly wasted a lot of hormones thinking about that...

Hmmm... interesting thought. She would, of course, have to agree... but I will ask.

She can't leave our house for physical reasons, and she's not allowed in Canada for legal ones.

Jeez, but you are amusing for an old guy.
While I generally consider all aircraft to be things of beauty, I've gotta say that the J-3 is one butt-ugly puppy. A great bird, no question, but damn...
It was a 150, which is a tricycle. I've never flown a taildragger, and really don't like the idea. That's only because I'm concerned about visibility while taxiing.
So, you hate Cessnas, I hate taildraggers... perhaps we can agree, roughly, to one thing. My absolute dream machine, which I planned to purchase when my career goal was to open a charter service, is the E58 Baron with an Excalibur package. :!!)
OCR

Danger said:
I've gotta say that the J-3 is one butt-ugly puppy.

my dream is more along the lines of

jim hardy said:
my dream is more along the lines of

One of my friends back east had one of those. (I used to belong to the EAA in those days.)
If the rules specify homebuilts, my choice would be the BD-5J.
jim hardy
Science Advisor
Gold Member
2019 Award
Dearly Missed

Danger said:
One of my friends back east had one of those. (I used to belong to the EAA in those days.)
If the rules specify homebuilts, my choice would be the BD-5J.

Cool plane, but only carried twenty minutes of fuel... 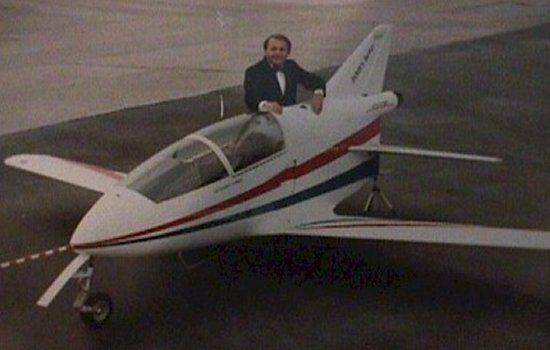 I have an old Porsche type IV engine and a set of VP2 plans..... for after the 3 trucks are fixed up..

So many toys, so little time.

By looks alone, the Velocity is a pretty neat experimental aircraft: 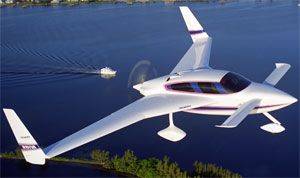 Ironically, the canard is in the worst possible place for aerodynamics. (It's right in front of the wing, so the flow over the wing is disrupted.)
Danger
Gold Member

jim hardy said:
BD5j... were there ever more than two built?

I think that there were about 200. The current status shows that there are 150 still airworthy and 30 actively flying.
Log in or register to reply now!

Store all my thoughts

Why not collecting ALL of the used cooking oil and transform it into biodiesel?
2

Your favourite book of all time?

Buy your school books from the PF store
3

The NSA has been watching you
2