The Weedaput: Engineering In Action

There is VIDEO of shots being made!

Now, I want to be clear, I find this hilarious: this is not an invitation to debate immigration, it's just some smugglers catapulting bales of marijuana.

I never realized how much some people really REALLY wanted to toke!!!


edit: Obviously the title should be, "Weedapault". Damn my poor neologistic and spelling skills!

Seems smart to me. Until casual drug use is legalized and regulated this will be the general trend. I guess, technically, it's a good way to put more money into the Mexican economy, although it seems like legal avenues would be more tax-efficient.
nismaratwork

FlexGunship said:
Seems smart to me. Until casual drug use is legalized and regulated this will be the general trend. I guess, technically, it's a good way to put more money into the Mexican economy, although it seems like legal avenues would be more tax-efficient.

I'm all for legalizing casual drug use... I just love the image of this international catapult because we're still reeling from "Reefer Madness". I don't advocate smoking anything, but the casual use of marijuana shouldn't inspire laws that have people catapulting bales over the border.

I really think this is the writing on the wall: legalize it, tax it, and this just CEASES to be an issue.

Then focus on prescription drug abuse, and methamphetamine especially. Other drugs deserve attention, but this is the kind of absurdist symptom that should be a wake-up call for all of us: the drug problem is that we're not taxing our biggest cash-crop.

We complain about exporting jobs, but we're sitting on billions of private and federal revenue... and instead we SPEND to stop the inevitable. They are throwing it over the border... it's time to admit that we were wrong about this one. Lets give California a real economy, and not have people smoking whatever the hell is the kind of junk that people catapult.
lisab
Staff Emeritus
Science Advisor
Gold Member

4.4 pounds isn't much weed (I think). I think it's a cocapault.
FlexGunship
Gold Member 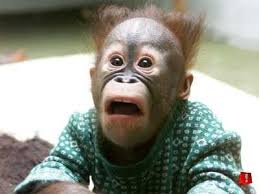 
Lisa... for most people, an ounce would be a ton of marijuana. Usually people buy 1/8th or 1/4 ounce packages for long-term consumption. Obviously the sub-class of addicts who have built tolerance can smoke up to an ounce a day.


So.. a 4.4 pounds per SHOT is... a lot, considering that you stay on YOUR side of the border where you're safer.

4.4 pounds of coke? uncut? I've never used any drug other than marijuana, alcohol, and nicotine... and not much of any of those. From my understanding however, 4.4 lbs of UNCUT cocaine would be worth tens of thousands of dollars.
nismaratwork

they need to work on their tech a bit
http://www.punkinchunkin.com/main.htm
nismaratwork

Proton Soup said:
they need to work on their tech a bit
http://www.punkinchunkin.com/main.htm

It's funny, because that really seems like the kind of sport that a bunch of high engineers or mechanics would think up!

edit: Besides, they might overshoot and hit Canada!! :tongue:
Andre

lisab said:
...I think it's a cocapault.

Andre said:
Really? Looks more like a marijugonel to me.

Suggested for: The Weedaput: Engineering In Action

Can we create science from engineering?

In the North Sea, 50 years ago

My hobbies in the childhood