What technologies of the next 10 years are most exciting?

Just wanted to get the people of PF's opinion on this. I think we can all agree that we live in a technologically exciting time, and you'd be hard pressed to find a field that won't be revolutionized in some way in the next couple of decades.

I also think that, within 10 years, we'll be exiting the testing stages of self driving cars and making them an every day reality (there are I believe ~40,000 automobile deaths every year in the USA. That is a crisis that computers can help with).

I'm interested in what you folks have to say about these subjects, and also what kind of advances in energy are already on their way, as I don't have a strong background in energy technology.

Theres a convergence going on. I think the smart phone will transition into a medical device and a hub for your wearable tech.

Kind of like wearing a sewn in network of shoe, arm and leg sensors monitoring and capturing your movements while performing realtime medical readings on heart rate, pulse at various points, perspiration...

Also your phone will be listening and responding to voice commands or questions alerting you to local changes, calling a ride share...

Its hard to say how far it will go as people like things simple but bulky clothing with wires, batteries or solar cells, bluetooth or wifi emanating from it may not be as appealing. Also cost vs benefit comes into play once the novelty has worn off.
mheslep
Gold Member

axmls said:
Just wanted to get the people of PF's opinion on this. I think we can all agree that we live in a technologically exciting time, and you'd be hard pressed to find a field that won't be revolutionized in some way ...

While their are numerous interesting developments, why would you say that this "time" is particularly exciting, more so than any other, say 100 years ago. See this Thiel-Kasparov interview, where it's pointed out that it took 42 years to go from the Lindberg solo Atlantic flight to the 747, and then 42 years after the advent of the 747 the same airplane is in the air.

Go to 12:00, Thiel and Kasparov in Columbia robotics lab


Nor are their any serious development projects underway to revolutionize aviation to the same degree. Antibiotics are a century old. The first moon landing was 42 years ago. The US parked a car on the moon with the keys in it so to speak and nobody has any serious plans underway to attempt a return.

Why is this case? Kasparov again points to a contrast in the times, noting that the Polio vaccine when introduced gave the disease to maybe a dozen people, an outcome that today would, he thinks, delay the vaccine for decades from saving the millions.
Last edited: May 26, 2016
phinds
Science Advisor
Insights Author
Gold Member

What do you mean by two dimensions? 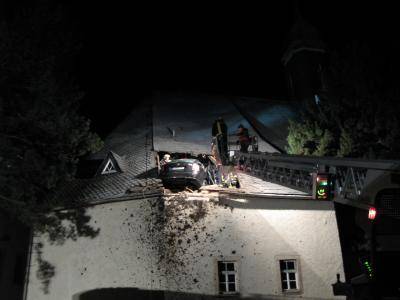 Dont worry the flying cars will be controlled by google AI and called Fluuber.
ebos

Yeah whatever... We've been promised those flying cars for awhile now. At least since the '50s. I'm looking forward to the Webb space telescope (bye bye Hubble, sniff sniff) and more powerful atom-smashing at the LHC. Cool thing is: both these things should be apparent within a couple of years.
Hornbein

Uh ... that's already here. But yeah, it will get worse. Do you really think that's "exciting"?
DennisN
2020 Award

Speculative questions such as these are by its very nature tricky to answer. Consider this -- if the OP's question was asked back in the 1990's or early 2000's about what technologies would be the most exciting in the next 10 years, would you think their answers would reflect the state of technology today?
mfb
Mentor
Insights Author

StatGuy2000 said:
Speculative questions such as these are by its very nature tricky to answer. Consider this -- if the OP's question was asked back in the 1990's or early 2000's about what technologies would be the most exciting in the next 10 years, would you think their answers would reflect the state of technology today?

I think in 2000 "internet" and 2006 "smartphones" would have been part of the answer.
Kevin McHugh

I guess you ( no one in particular ) haven't heard of wooden skyscrapers, 80 stories tall.
http://www.cnn.com/2016/04/26/design/wooden-skyscrapers-timber-trend-catching-fire/index.html
http://www.theguardian.com/cities/2015/mar/01/vienna-plans-worlds-tallest-wooden-skyscraper

When people think of new technology , they think electronics.
Since the vacuum tube, or around there, most innovations have been the result of miniaturization resulting in more punch in the pack in smaller and smaller spaces, and less power hungry devices.

Could be we will see preformed bodies of cars, amongst other things, made out of the above mentioned super-strong wood.
jedishrfu
Mentor
Insights Author

And there's card board technology in architecture:

Humanoid robots. Here's one that was homemade! 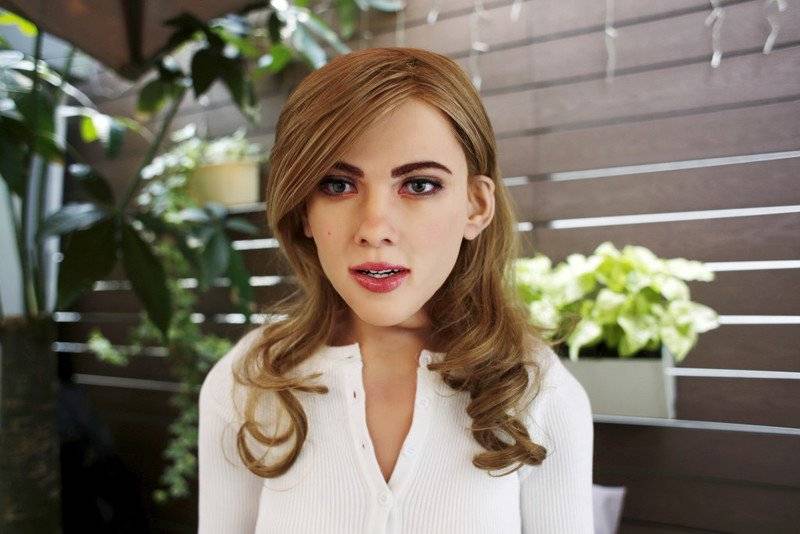 Being disturbed is a form of excitement, isn't it?
DiracPool

I saw the internet coming as far back as 1983, but I didn't see the smartphone revolution coming until it happened.

My mom had an extension put onto her house recently and forced me to go through a bunch of old storage boxes because she was trying to clean and reorganize everything as a part of the new build. I hate doing this because it gets really emotional. You have to dig through a lot of memorabilia from your childhood. This time it was a lot of arts and crafts stuff I made in grade school, along with drawings and paintings and stuff.

In one box, though, was a perfectly preserved Vic-20 computer, complete in the original Styrofoam packaging (with a big chunk taken out of it and some really degraded masking tape trying to shore it up). But there it was, looking almost brand new, 34 years later. My mom had bought this for me back in 1982 when I was in the 8th grade. I remember that part pretty well but don't really remember the part when she said she bought me a phone modem the following year because I was quickly becoming a computer nerd. The phone modem was nowhere to be found in the storage boxes but she assured me she had purchased it for me and I never used it.

I vaguely remember using it but thinking it was a waste of time. Back then you had to load programs off of regular audio cassettes through tone recognition. This was the same with the phone modem, where you had to physically put the phone on this contraption that read the signals. I'm not looking this up (purposefully), this is coming straight from memory. The problem, though, was that it was too slow and tedious to be practical, and I think that the only thing out there at the time were these cheesy text-only "bulletin boards" that weren't very exciting, to me at least. So I think mom was right, I probably didn't or rarely use the expensive phone modem she bought for me.

The point, though, is that, even with that pitiful state of the system at the time, it did seem obvious to me that, once they sped up the information transfer protocols, this was going to be the way of the future. Although, at the time, what people mostly shared through exchanging audio cassettes or printed materials in the computer rags at time mostly though local user groups were "code" or programs, not pictures or videos as we have today. So, at the time, I didn't really predict the sort of commercialized online economy, entertainment and social media explosion, I think I predicted more of the original CERN-type vision of sharing of code and scientific data.

That prediction kind of segues into the smartphone thing. I thought computers were going to be used for writing programs, mostly video games, business applications, etc., entertainment media was going to develop along the lines of the CRT television and emerging co-axial cable networks, and telephones were going to develop along that separate technology. This is the kind of atomistic mentality I had of the future at the time.

For instance, because of the businesses I've been involved with, I've been using a cell phone consistently since the mid-90's, back in the day's when it was a dollar a minute to call someone or get a call from someone (and you were glad to pay it ). I experienced the entire evolution of the cell phone from it's inception to it's shrinking and addition of features and never predicted the modern smartphone until it showed up. It seems so obvious now, but I think what failed me was a naive "atomistic thinking" that blinded me from predicting what it has become. So maybe there's a lesson in there somewhere.

As far as what does the future hold, I've stated this in other threads, the future will be the development of human-like intelligent robots not necessarily being domesticated here on Earth and serving humans, but being sent out through the galaxy. That is if we want to preserve the spirit of our species. I hope this happens.

But I wouldn't put money on my predictions, they seem to play out at chance on average

Those things had the most buzz, though in the last ten years I believe the advent of hydraulic fracturing and horizontal drilling in US shale geology have had the largest US impact in terms of jobs, energy costs, cleaner air, national security, and geopolitics. Over ten years the US energy picture went from dire, including the release of panic movies portraying the end is nigh due to no more oil n gas, to the #1 gas and #1 oil producer in the world.

Steve Jobs gave the commencement address, yes, but it should have been George P Mitchell. Even now, googling his name annoyingly returns the politician at top of the search.

Well, I usually consider a global perspective, or a European one, or consider all industrialized nations, but I rarely take a US-centric perspective.
mheslep
Gold Member

Granted, the technology was first developed in the US, as was the internet and the smart phone. Yet the shutoff of US energy dollars previously going to rogue petroleum states in the Middle East and Russia for imports is, I think, a global benefit. And two months ago the first LNG export ship left Lousianna, freeing up, say, Kuwaiti gas to go elsewhere, like Europe.
Share:
Share

Related Threads on What technologies of the next 10 years are most exciting?

Whats the most important development in physics in the last 10 years?

C
Insights What Technology or Discovery Will Be the Most Revolutionary Within 20 Years?
2

Most exciting areas of research in Physics?

What's the next big technology?
2

F
Biggest tech advance in the next 100 years?

Abbreviating years in the next decade.

M
Can large scale warfare be abolished in the next 100 years?
2