I'm making a costume of a game character and I think I need some guidance regarding the mechanical aspect. I asked this question on a cosplay site, but they suggested I might get more help here.

So I'm going to cosplay this character on an anime convention: 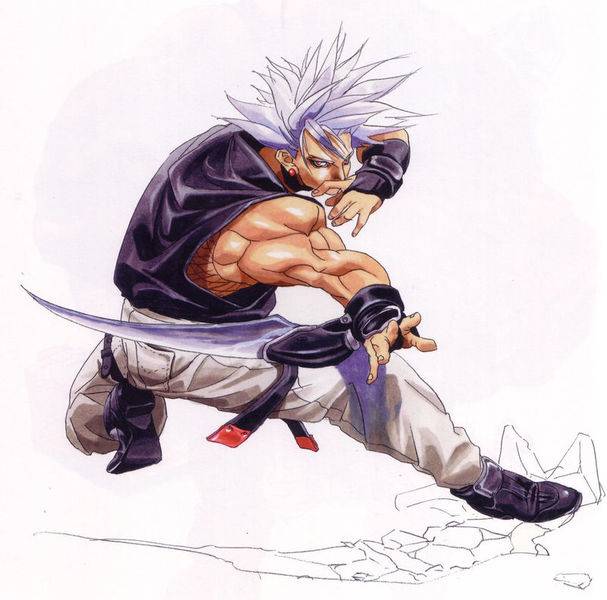 As you may have guessed, I need help with the blade mechanism - I want to attach a string to my fingers which I would pull with the thumb to make the blade "unfold". By default, a spring would hold the blade as it is on the first picture, but the more I pull the string, the further out the blade will go (about 60 degrees max, I think, like on the 2nd picture)

First I wanted to make the blade wooden, but I didn't want to injure people if I accidentally catch it on somebody, so I've decided to make the blade out of crafting foam or cardboard. That way it won't be too heavy, so we don't have to take a lot of weight into account. I'll also prefer the blade to be detachable so that I can change it, because considering the material used, there's a relatively high chance it will break on the con (crowded places and stuff).

So now that I've described the project, I'd like to ask you guys what's the best way of doing this, to keep it relatively small and most importantly, close to the original. Is there any way to go about it without visible springs? What kind of hinge should I use here?
I know I could probably figure this out myself, but I really can't afford spending too much money "experimenting" :(

Thank you for your time!

Do you have approximate numbers for weight and length of the blade? It has to be light, gravity and torque at the wrist have to be taken into account as well.

A string from the hinge mechanism, running below the gloves to the gap between index and middle finger and to the thumb? That would give up to ~5cm difference. Probably less if you don't want to walk around with your thumb in a weird position all the time. Maybe more if you can also use your wrist.
PsiQss

I still haven't decided on the exact materials I'll use, so I don't know about the weight but it's gonna be approximately 90cm - 110cm long, counting from my wrist (I'm a tall guy :P) .

As for the string, I've just checked, it gives about 10cm difference. I'd run it under the fabric, through a hose and it will come out in the middle of my palm. The string will be attached to the tip of my middle finger, and to "activate" the blade, I will catch the string with my thumb and extend out all my fingers - the string will then go from the middle of my plalm, around the thumb and to the tip of the middle finger. This character usually has all fingers stretched out in poses with "open" blade, so that won't be a problem. I think that's the best way to go about activating it while keeping it close to the original.

And just to clarify, I don't need the blade to instantly "shoot" out the moment I pull the string - I don't want to make it too overcomplicated. Just having to use force to counter the spring that's pulling it to its "default" position is good enough. And that way, I won't have to worry about folding it back because it will return to its original position once I let it go.
mfb
Mentor
Insights Author

The mass scale will be interesting. Let's say the mass is x and the center of mass is L away from the hinge (~50cm). Then you'll get a gravitational force of x*g. In horizontal orientation, this can lead to a torque of up to x*g*L. The spring has to resist this torque. It is advisable to include some safety factor, otherwise walking around and so on (=accelerating your arm) could extend the blade frequently.
Your fingers have to provide at least this amount of torque over 60° = 1 rad with 10cm of string, which gives an average force of x*g*L/(10cm) or about 5 times the weight of the blade.
Now you can check how much you can lift directly with the finger/string connection, divide it by 5 and you get the maximum mass of the blade. You probably don't get a perfect uniform force over those 10cm, so the actual mass should be lower than that.
PsiQss

Hmm, so we got the blade's mass down :) My main problem though is the mechanism itself. Will it be possible to make it look like on the first image I've posted? Without visible springs and all this ugly stuff?
mfb
Mentor
Insights Author

If you find a good way to cover it...
Two strings could be an alternative to a spring, keep one looped over the thumb as described and find some way to switch between them.
Share:
Share

I
Creating an iron blade shield

Can I design a horizontal cylindrical hollow turbine blade