Fast reactors: How can they work without a moderator?

Pardon if this is easy to find but I tried google with little success,

This just came to me while reading about fast reactors. The short passage in an older book says that the fuel is also more dense in a fast reactor I wonder what would that mean as I thought the fuel is just a more highly enriched uranium which contains U235 say 30% and the rest being U 238, apart from enrichment what else differs?

The answer is at your fingertips with a simple search.


Like thermal reactors, fast-neutron reactors are controlled by keeping the criticality of the reactor reliant on delayed neutrons, with gross control from neutron-absorbing control rods or blades.

They cannot, however, rely on changes to their moderators because there is no moderator. So Doppler broadening in the moderator, which affects thermal neutrons, does not work, nor does a negative void coefficient of the moderator. Both techniques are common in ordinary light-water reactors.

Doppler broadening from the molecular motion of the fuel, from its heat, can provide rapid negative feedback. The molecular movement of the fissionables themselves can tune the fuel's relative speed away from the optimal neutron speed. Thermal expansion of the fuel can provide negative feedback. Small reactors as in submarines may use Doppler broadening or thermal expansion of neutron reflectors.

ok, thanks I glossed somehow over it.

from what I have read myself I have always understood that the Doppler broadening in nuclear fuel is related to the temperature of the fuel itself while the moderator plays no role in it. In other words U 238 and Pu240 within the fuel element heat up and then absorb more neutrons compared to when the temp. is lower.


I guess the next thing would be to understand how those moderators are used in real reactors, I am familiar with thermal reactor designs to certain extent but much less with those of fast ones.
DEvens
Education Advisor
Gold Member

Very broadly speaking, the reactor will be critical if, on average, each neutron in a generation results in one neutron in the next generation. That requires that enough, on average, find a nucleus and cause it to fission.

But the cross section is not zero at higher energies. So, by working harder at the design and by putting more U235 in, you can make it critical with less, or no, moderation.

Controlling the reactor is then the challenge. You must, as anorlunda said, keep it in the regime where delayed neutrons are still the difference between critical and sub-critical.

A prompt neutron is one that is released, as the name suggests, immediately on fission. A delayed neutron is released from a fission fragment through radioactive decay. These can be emitted from seconds to minutes after a fission happens. They then follow fission power up and down, but with a delay.

If you stay in the region of delayed neutrons, then you can control the reactor quite easily. The characteristic time will be many seconds. If there is a small uptick in power, you have enough time to control it using fairly ordinary mechanical systems. If you get into the region where the reactor is critical without delayed neutrons, called the prompt region, then the characteristic time is milliseconds. Or possibly even a fraction of a millisecond in some designs. Such situations can't be controlled by normal mechanical systems, and you get huge extremely bad problems. Explosive in some designs.

So a "fast reactor" means that the neutrons average faster, not that the reactor is doing anything unusually fast otherwise. Broadly speaking, things are quite similar except for:
- The spectrum tends much more strongly towards the higher energy parts.
- The fuel tends to have much higher concentrations of U235. Or other fissile material if it is another fuel type. 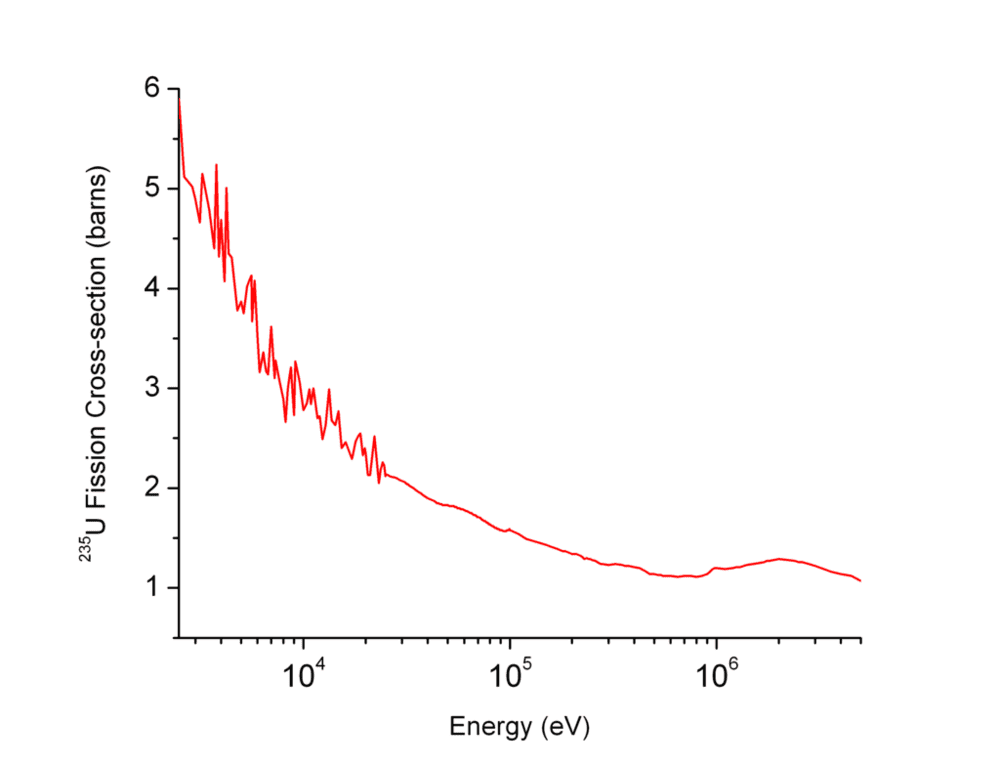 Related Threads on Fast reactors: How can they work without a moderator?

Types of fusion reactors and how they work?

Can a Fission Fragment rocket be designed without a moderator?