Iranian is first woman to nab highest prize in maths 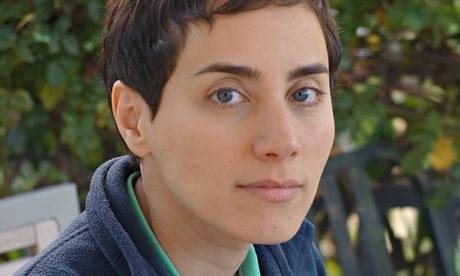 The International Mathematical Union (IMU) has revealed on its website the winners of the 2014 Fields medals, considered the highest honour in mathematics. The four young medallists — including Maryam Mirzakhani, the first female winner since the prizes were established in 1936 — have been selected for their contributions to topics ranging from dynamical systems to the geometry of numbers and the solution of equations of the type that describe many physical phenomena.

Full professor of Stanford at the age of 31, the first woman to win the "Nobel prize of mathematics".

Wow, she's not even 40 yet! She's an extraordinary person.
WannabeNewton
Science Advisor

lisab said:
Wow, she's not even 40 yet! She's an extraordinary person.

The stipulation of the fields medal is it must be awarded to young mathematicians so everyone who recieves it is below that age. But good for her. She is clearly both hard working and incredibly brilliant which is the perfect combination. These IMO medalists are ridiculously talented people and for her to be IMO brilliant and research brilliant is plain awesome.
Lisa!
Gold Member

She's my friend's friend! That's why I was so excited!
STEMucator
Homework Helper

Quite a remarkable thing to wake up to.

She really likes surfaces. Anyone know specifics of her research?
wmac

Its good to see people from my country getting that high in science. I hope I'll see more. In fact I hope I'll be one such person!
jostpuur

Does anyone on this forum understand the work of this person?
Last edited: Aug 15, 2014
fourier jr

jostpuur said:
Does anyone on this forum understand the work of this person?

The Guardian made it sound like hardly anyone can understand what she does. A commenter gave a link to this Google+ post:
https://plus.google.com/117663015413546257905/posts/UTt2WeAcPEY

The first British woman to space is a <can't say>

What is Highest Math Used in Social Sciences?

What is the highest level of math you've learned?

Pretending to be a woman!
2

What is the mathematics analogue of the Nobel Prize?