Optical mouse into pen tablet. How? 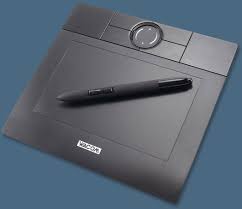 out of an optical mouse? 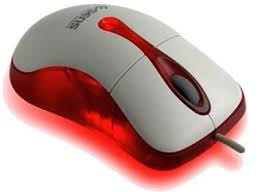 Other than gluing a pen to the top of a mouse and using it to move the mouse around - no. they are completely different bits of technology
johnsmi

As far as I understand the optical mouse is built of two main parts:
*The optical component (LED, little mirror and a sensor)
*The DSP (digital signal processor) unit

supposing I could separate those two in space (i.e. put longer wires) and arange the optical unit into a pen with a little hole at the bottom where out of the top of the pen I get the wires going out to the DSP which is put aside. Would'nt that work?
mgb_phys
Science Advisor
Homework Helper

You might be able to remove the imager unit and move it around on paper with a pen.
I don't know who well it would work, it might be very sensitive to the angle between the imager and the surface.
It still wouldn't give you a tablet - they can do things like send the absolute position of the pen rather than just a movement and can sense pen pressure so if software uses a tablet it won't perform the same way with a mouse.
You can get a pen-mouse which are pretty much what you are describing, a mouse sensor in a pen shaped body that look like a mouse to the software.
Share:
Share

Related Threads on Optical mouse into pen tablet. How?

Does optical mouse really need to be that big? how easy is converting to pen shape?

A
I want to make a mouse.

Optical Low Pass Filter, how does it hit CCD?

Working of capacitor in shock pen