Why are compounds coloured 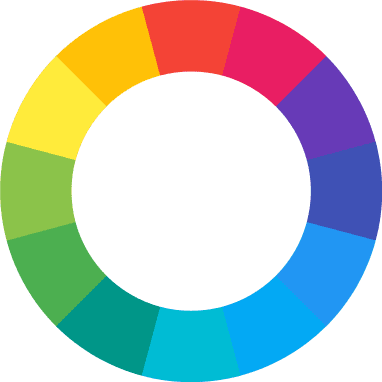 so for example if a compound absorbs violet radiation, the compound will appear yellow. In college I did an experiment involving the ferroin (an iron-phenanthroline complex) and determined that its maximum absorption occurs at 511 nm. This observation coincides with this complementary colour theory because 511 nm lands in the cyan region of the visible spectrum and ferroin is orange (cyans complementary colour).

What I don't understand is how does this work when a compound has more than one significant visible absorption? What colour would it appear then? Is it determined by the compounds most intense absorption?

Just look at it as a subtractive mixture of colors who absorb each only at one frequency.
CrimpJiggler

I used to think that the colour that we see a compound as is what's left over after all the wavelengths of that compounds absorption spectrum have been subtracted but I've since concluded that this theory is false and that the complimentary colour theory is actually how it works. Ferroin for example. It appears dark orange. Does that mean it absorbs all wavelengths except for a narrow band in the orange/red range? I've seen ferroins absorption spectrum and that's not the case. It actually has a relatively narrow absorption band in the cyan region.

EDIT: Both theories appear to hold for azure B.
[URL]http://i00.i.aliimg.com/photo/421553239/Azure_B.summ.jpg[/URL]
[URL]http://www.scielo.br/img/revistas/jbchs/v16n5/26457f1.gif[/URL]
as you can see it absorbs most visible wavelengths but doesn't absorb blue and violet very strongly.

Heres methylene blue:
[URL]http://omlc.ogi.edu/spectra/mb/mb-water.gif[/URL]
it only really starts absorbing at 550 nm so there should still be a fair bit of green in there:

In this case the complementary colour theory seems to work a lot better: methylene blue has its maximum absorbance in the orange region, oranges complementary colour is blue. Something that can't be explained by complementary colours though is brown or gray compounds. They can only be produced by mixing colours. Even black compounds can't be explained by thinking that they absorb all the wavelengths because there are clearly varying intensities of black. Tar is about the blackest thing I've seen. Potassium permanganate doesn't look as black as tar to me. Now that I think of it, if something were to completely absorb all incident radiation, you wouldn't be able to see it at all, it would appear as a black void lol.
Last edited by a moderator: Apr 26, 2017
DrDu
Science Advisor

To add to your confusion I'd like to mention that strongly colored substances reflect that color best which they absorb best. That's why KMnO4 crystalls reflect green-yellow light.
Share:
Share

Suggested for: Why are compounds coloured

Polar and non-polar compounds and their solubility

Hybridization of atoms in heterocyclic compounds

Is someone out here able to help me name these compounds?

% of elements in a compound