Book on beauty of nuclear designs

I'm looking for a book that talks about civil nuclear technologies (water reactors, molten salt, etc.):
- Either to emphasize the beauty of the technology from an engineering point of view.
- Or the historical development of the technology (in terms of engineering more than politics ; For example something in the same spirit as von Karman's book "Aerodynamics Selected Topics in the Light of Their Historical Development")

Would you have any recommendations? This can either be a rather technical book (it's a gift for someone who's familiar with the field), or a book with nice photographs/pictures/blueprints, or both!

Even though they are about bombs instead of power plants, the beautiful engineering will entertain any engineer.
Unfortunately, the world's best authors are not inspired by power plants.
Galdor

Thanks for your answer anorlunda! I'll take note of those books you suggested.

Unfortunately, the world's best authors are not inspired by power plants.

Yes, it is obvious that the nuclear bomb attracts a lot of attention, and that is quite rightful as well. But I wouldn't be surprised that some people might be passionate about civil technologies. For instance Thorium reactors certainly have their fans, and probably other civil nuclear technologies as well? Is there really that little on those subjects?
anorlunda
Staff Emeritus
Insights Author

Let me read between the lines. You are not an engineer but you want to buy a gift for an engineer. Correct?

I wager that Tracy Kidder's "Soul of a New Machine" would also be greatly loved as a gift. That book won a Pulitzer Prize. It is about computers rather than nukes, but it is really about engineers and engineering and the social dynamics of projects.

But if you want books about thorium cycles, or LOCA, fuel cladding, and the like, you will find textbooks, not novels or popular press documentaries.
Galdor

I completely agree! And that is the sort of book that I am looking for, but you phrased it much better than I did. The "Dark Sun" and "The Making of the Atomic Bomb" books that you proposed go in that direction, but for the atomic bomb. But you would not know of anything similar related to civil nuclear energy? I am asking this partly after having viewed a documentary on the Thorium reactors which spent a fair amount of time linking the water reactors to the requirements of nuclear submarines, the development of nuclear-powered aircraft (before they gave up the idea) and some motivations behind Thorium reactors. Of course that is a very reductive view on things. However, after viewing this I have the feeling that there are many interesting stories to be told on the development of nuclear power units (if not civilian)… (And Thorium is merely an example)
berkeman
Mentor

@Galdor -- Not exactly what you are looking for, but still a very fun and inspirational book for engineerings and scientists, IMO. Do you know if your friend has already read "Surely You're Joking, Mr. Feynman!"? 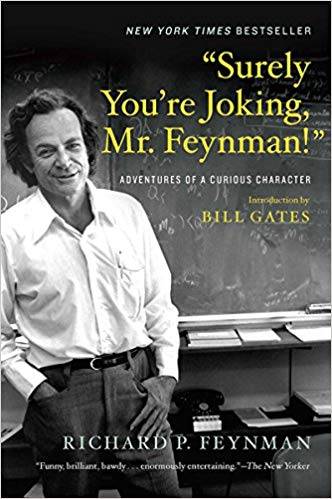 John Sexton's "Places of Power" has some beautiful photographs inside various power plants (no nuclear stuff, though). It is a high-quality art book, isn't cheap. Sexton is a very well known photographer & printer.

Back to nuclear, J. Samuel Walker has written a number of books on the history of nuclear power (he is/was historian for the US NRC). Several of the good ones may now be out of print. These are interesting books but may be dry for anyone not really involved in the industry.
Galdor

The more suggestions I read, the more book I add to my personal "to read soon" section!

I've been looking around for a little while now, and indeed so far I haven't found anything close to what I originally wanted (i.e. a book on civil nuclear power technologies). The closest I got was this book (Beyond The Edge Of Technology: 50 Years Of Instrumentation And Controls At ORNL, by Don Miller and al.) but it is difficult to tell how good it is…

Nevertheless, I did find a few interesting things, on top of your recommendations (many thanks by the way!):

First some books on nuclear physics including this book (The last man who knew everything, by David Schwartz)

Several books on the development of a nuclear navy, but they seem to be more focused on the management perspective than on the engineering or science: see this one for instance (Against the Tide, by Dave Oliver).

Also a book on project Orion, which is to say nuclear propulsion for spacecraft (Project Orion, by George Dyson).

Eventually I just stumbled upon this autobiographical book (The First Nuclear Era: The Life and Times of a Technological Fixer, by Alvin Weinberg) about the early development of civil nuclear power plants, the challenges faced, the technical decisions made, and the evolution of public opinion on nuclear power across time.

This is pretty close to what I was originally looking for so I'll stop my search here. But in the meantime I've come across so many great books that it has gotten difficult to pick one!

I've also stumbled upon several books on Oak Ridge (The Girls of Atomic City, by Denise Kiernan) (City Behind A Fence, by Charles Johnson), either seen as a city or a facility.
Rouquemoute

About your initial request I highly recommend this book if it's not too late:
https://www.amazon.com/dp/B002JS9YF8/?tag=pfamazon01-20

It's translated from a French book so it focuses mainly on the French nuclear program but it's full of beautiful pictures and schematics (around 250 total). There are some chapters about nuclear architecture and aesthetics too.
Aufbauwerk 2045
Nuclear power plants are beyond awesome. I'm all for books, but just in case you also want a video, here's one already posted on this subject. The buildings may look beautiful from the outside, but IMO what is inside is also quite beautiful. This video reminds me of what a Russian writer once said. He said he prefers the human-made structures to those found in nature.

Related Threads on Book on beauty of nuclear designs

U
Book on theoretical nuclear physics

A
Nuclear An "Introduction to Nuclear Physics" book