Sorry for my English.
I write with the help of a translator from google.
Please help determine what standards of a graphic symbol electric (number of the standard paragraph, the part number)?

In one book in Russia were given 4 image transformer (for drawing in the U.S. and Europe). 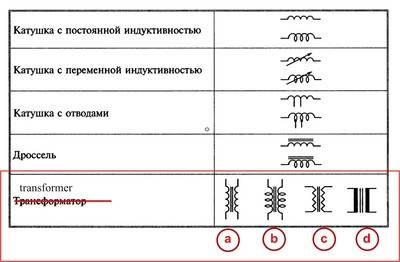 Question: Which standards use (d) picture?
In general, I met this image more than once
Here is an example I only found today
site http://www.abacom-online.de/uk/html/splan.html
program SPLAN 7 demo
screenshot of the program 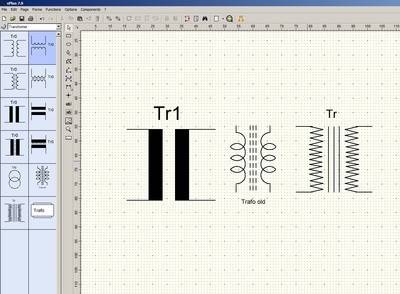 as we see again used this image

in general it is a matter of principle to figure out how this symbol electric :)
I was told that in 1980 ~ such drawing employed in Germany and now in China.
Admittedly this was associated with the use of ASCII artwork "graphics"
Well, when CAD ​​has evolved and it symbol "crossed over" into a modern look
(ASCII artwork "graphics" --> vector graphics)

Help me find a figure emerged from the character and what the normative document is written?

Unfortunately there is numerous symbology standards depending on which country you live in. I can provide you with a pdf of the IEC standard. may help google ansi symbols or IEC 60617. However Ansi symbols may also pull up links

Please help me identify this electronic component in Camera

Help Identifying a Component (TO-220)

Help to identify a capacitor in this schematic

Help me identify this capacitor
2

Help a newbie with schematic symbols ^_^

Please help identify what this is

Is this a resistor? Help me identify please.