From an evolutionary perspective, why do women have bosoms?

Thanks everyone, I was reading the last page of this thread The parts about the ears and pigtails and getting a good laugh at work and one of the gals came over to see what I was laughing about.
I may have some explaining to do.
TheStatutoryApe

Borek said:
Blame my English, I just didn't know what word to use and I have seen 'crack' in similar context

Perhaps I should pay more attention to what and where I learn.

Sorry Borek. I was only meaning for future reference. I don't think anyone was offended.
Proton Soup

are we witnessing the next step in the evolution of sexual mimicry ?
Last edited by a moderator: May 4, 2017
mheslep
Gold Member

Evo said:
So why do most men prefer small hips and butts?

Evo said:
I'm thinking of models and actresses, they all have no hips or butt, if they do, like Jennifer Love Hewitt, they are ridiculed.

I have no hips or butt and men love it. Yes you can see between my legs because they are so thin. Nothing to do with the width of my hips. And I have large breasts. 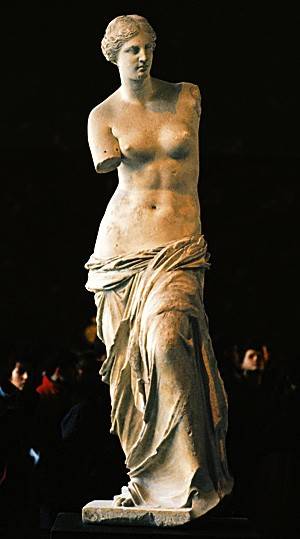 I didn't have time to read through this whole thread, so excuse me if someone already made this point.

I think that there is a major case of oversimplification going on in this thread. Sexual attraction, especially in humans, is something that is based of multiple factors. Evolution and genetics are of course a big component, but that doesn't mean that cultural norms and learning do not affect sexual attraction.

Humans have a capacity for reason that no other known life form has, and that makes things different. Our sexual attractions are going to be governed by more than just genes. Our development and experiences on the matter are going to play a huge role. Human sexuality is an incredibly complicated issue and can't be explained by nature or nurture alone.

Girl mathematician or physicist (or any academic really, I'm a nerd...) >> girl with big breasts or perfectly proportioned butt.

Frankly, many of the women I have found myself attracted to have varying shapes and sizes. I think this must mean there are some other factors involved.

physicsdude30 said:
I'd be interested in finding that Discovery Channel episode. I do know that some critics say other primates mate from the front side and not only the back, so they believe there's more to it than resembling a butt from the front side.

However, just for the fun of brainstorming with the Scientific Method, I'm thinking of experiments to test our ideas, since empirical evidence sometimes overrides what sounds rational. I'd be curious if you have any input on the experiment I propose in post 61, or any improvements/weaknesses?

The Discovery program in question is entitled "The Anatomy of Sex" :

So that nerds are pursuaded to reproduce.
Last edited by a moderator: Nov 21, 2009
sganesh88

This thought of junglebeast makes sense. I think its analogous to a particular smell triggering a particular memory figment.
ninar

I agree with what most men here say about the butt and hips. I am a girl, and I like men a lot, but I have dated girls. Well, I used to think like most women about being skinny... But not anymore after this girl... we were at the pool and I borrowed her a bathing suit. I was lying on my chair and she was turning around and walking around in this small suit that fitted her perfect figure and matched her gorgeous legs and small waist. She had the most perfect butt. Then I understood it all!

edit: just to clarify, she had a voluptuous butt and wide hips (tiny waist) but still had a small frame
Last edited: Nov 21, 2009
Freeman Dyson

nutrition for their young.
Borek
Mentor

It was already stated - no simple correlation between milk production and breast size.
Freeman Dyson

Borek said:
It was already stated - no simple correlation between milk production and breast size.

Ok. I was just saying that breasts started out as feeding devices for young. I didnt know it was specific about human female size. Maybe that is just how females store fat best.

I came across this:


A study in the April 11th issue of "New Scientist" magazine argues that that cute roundness and up-tilt of a woman's breast evolved to prevent babies from smothering during breastfeeding, and that their shape wasn't designed by evolution to attract men.

According to Gillian Bentley, a Royal Society research fellow at University College in London, England, monkeys, with their jutting jaws, can suckle their flat-chested mothers without suffocating, but humans, whose faces are flatter, caused evolutionary pressure on breast shape, making them rounder and fuller to allow human infants to breathe while feeding, says the scientist.

"The idea came to me from breast feeding my own child when she was an infant," says Bentley.

Still, this is just a story. A lot retroactive adaptation claims are just so stories.


A just-so story, also called the ad hoc fallacy, is a term used in academic anthropology, biological sciences, social sciences, and philosophy. It describes an unverifiable and unfalsifiable narrative explanation for a cultural practice or a biological trait or behavior of humans or other animals. The use of the term is an implicit criticism that reminds the hearer of the essentially fictional and unprovable nature of such an explanation.

Critics assert that many hypotheses put forward to explain the adaptive nature of human behavioural traits are "Just-so stories"; neat adaptive explanations for the evolution of given traits that do not rest on any evidence beyond their own internal logic. They allege that evolutionary psychology can predict many, or even all, behaviours for a given situation, including contradictory ones. Therefore many human behaviours will always fit some hypotheses. Noam Chomsky noted:

"You find that people cooperate, you say, ‘Yeah, that contributes to their genes' perpetuating.’ You find that they fight, you say, ‘Sure, that’s obvious, because it means that their genes perpetuate and not somebody else's. In fact, just about anything you find, you can make up some story for it."[2][3]

For example, kin selection predicts that humans will be altruistic toward relatives in proportion to their relatedness, while reciprocal altruism predicts that we will be altruistic toward people from whom we can expect altruism in the future (but not strangers). A story of any complexity can be constructed to fit any behaviour, but, critics assert, nothing distinguishes one story from another experimentally

Perfect reason why getting data sets would be useful

This is the perfect reason why getting data sets from peer-review journal article authors would be useful! Sense of humor creativity isn't the only type of creativity out there, there's also coming up with new and useful ideas in Science!

The OP gave a peer-review link how size/shape isn't related to milk production, the other great apes don't have permanent ones, however at the same time how it's strongly related to how sexually fertile the female is and many think it may be a sexual selection characteristic. The OP also said how critics say shape/size isn't related to the likelihood of getting married and how in the animal kingdom sexual selection characteristics develop mostly with males rather than females because most females who are old enough get a mate and have children and so they don't have as much competition (think male vs. female peacock). Then the OP said he has an idea that there could be an alternative hypothesis where the reason is "sexual selection during times of famine or population bottlenecks in our past which resulted in getting with a male who had more resources during those time periods." He says a way to test it just like Albert Einstein said ways to make his ideas own falsifiable.

By getting data sets from the peer-review authors, then running PCA and other tests, we could find patterns and come up with new and useful ideas which may lead to new discoveries! Then of course you'd have to cite the many who contributed data sets, but you get my point.
TheStatutoryApe

Freeman Dyson said:
I came across this:

Still, this is just a story. A lot retroactive adaptation claims are just so stories.

Its a very good idea but since general breast size does not correlate with milk production this idea seems a bit flawed. Womens breasts grow larger and fuller when producing milk which would fulfill the utilitarian advantage of breast shape for feeding. This does not necessarily explain why women would have larger breasts before having ever had children or the extreme variability of the characteristic.

edit: it would also seem to me that women with smaller breasts would be most advantaged.
Last edited by a moderator: May 4, 2017
Loren Booda

Suggested for: From an evolutionary perspective, why do women have bosoms?

"Sir" Knighthood in Cricket -- Should we add "Madam" for Women Cricketers who have excelled?

"Heuristics" for Casimir: how close to reality do they have to be?

Do scientists have a social life?

How Do You Nudge An Observation From Realm Of Anecdotia

When do you know you have understood physics?

Why do we prefer symmetries?
2

Why do some Jeopardy hosts hesistate before saying "Correct!"?

Have any famous or well known scientists come to this site?
3

Who Is Your Favorite Scientist and Why?

Why should we buy insurance policies when insurance companies profit from them?