Is this magnetic wormhole really a wormhole?

A new article http://www.nature.com/articles/srep12488 says a trio of experimenters have created the first artificial wormhole for magnetic fields. My reading of it sounds more like a metallic shield of a magnetic field. Is anyone else left with the feeling that the claims have been overstated, or am I just that ignorant of what they've really accomplished? I usually chalk something like this up to crackpots, or $$$ seekers, but this was published by the Nature people, who I always thought were legit.

Anyone care to educate me as to what I'm missing here?
Thanks.

From a quick read of the abstract and introduction, this seems to be a purely Electro-magnetic phenomenon, and doesn't have anything to do with the gravitational wormholes that we usually mean when we use the word "wormhole". It sounds like what they are doing is taking a magnetic field, and then, by some complicated arrangement of materials of varying magnetic permeability properties, making a part of this field "disappear" (they use the word cloaked) in 3-D space. Thus there seems like there is a discontinuity between the source and the sample point where the magnetic field does not appear. Someone can correct me if I'm wrong.
FreeThinking

Thanks, Matterwave. That's what it seems to me too, but some words used make me think there may be more to it than that. The article mentioned some articles by Greenleaf et al, some of which I have downloaded and have taken a very brief look at. (Mostly it sent me to the inet looking up Neumann-Dirichlet mapping and the like. :-) What I found interesting was this:
-----
arXiv:0704.0914v1 [math.AP] 6 Apr 2007

excerpt from the Abstract:

Here, we give related constructions of invisible tunnels, which allow electromagnetic waves to pass between possibly distant points, but with only the ends of the tunnels visible to electromagnetic imaging. Effectively, these change the topology of space with respect to solutions of Maxwell’s equations, corresponding to attaching a handlebody to R3. The resulting devices thus function as electromagnetic wormholes.
-----

That's way over my head, but the phrase that interested me was "change the topology of space". Correct me if I'm wrong, but isn't that kind of like what a mass is supposed to do to its neighboring spacetime? Or, is that just a change in the metric with the same topology?

I would think that, if this "wormhole" they've created really changed the topology of space (everything I've read indicate R3 rather than R4), that would be something really, really significant. But is that really what's happening, or is this just a really, really good mag shield? Or, is it just a mathematical convenience: they did say "with respect to solutions of Maxwell’s equations" and "corresponding to attaching a handlebody to R3".

Unfortunately, it's going to take me too long to learn all the background I need to read Greenleaf et al for me to understand this in any significant way. I was hoping someone here might have already traveled that road and could tell us if this is an actual, real change in space topology, or are they just being mathematically metaphorical?

(I know some people don't trust Wikipedia or its fundamental concept, but I usually start with it as a quick intro, then search for .edu sites with classroom materials from bonafide professors. I never stop with Wiki as my one and only source.)
Isaac0427
Insights Author
Gold Member

FreeThinking said:
(I know some people don't trust Wikipedia or its fundamental concept, but I usually start with it as a quick intro, then search for .edu sites with classroom materials from bonafide professors. I never stop with Wiki as my one and only source.)

Just to let you know, Wikipedia is a great source (and is rarely wrong with these topics), but as you said, it's good to confirm facts. I know that this is off-topic, just don't listen to the blabber about Wikipedia not being reliable.

And no, I don't believe this is a real wormhole.
FreeThinking

OK! Sometimes it just takes a lot of time to research. Here's what I found on a website linked from Allan Greenleaf's home page at
http://www.math.rochester.edu/people/faculty/allan/

"We emphasize that an artificial wormhole would work only for electromagnetic waves with a specified frequency. Moreover, the wormhole device is just an optical device similar to a lens; It would not be similar to space-time wormholes studied in general relativity."

So, looks like they just borrowed the word but aren't making the claims that it seemed on first glance. I'm still confused about the change in topology of the space, but I suspect that if I could dive into their books & papers, that too would become clear.

Anyway, if there's anyone here who's already made the dive, any insight you can provide will be appreciated. 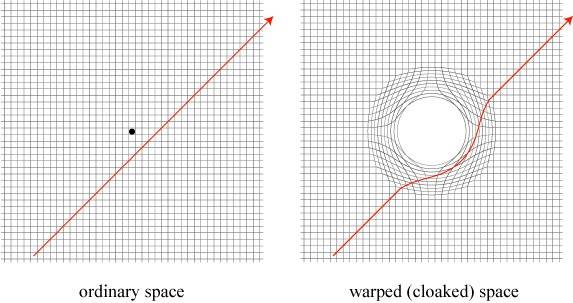 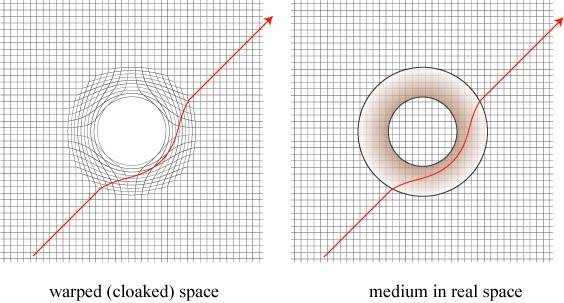 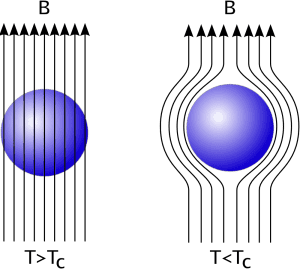 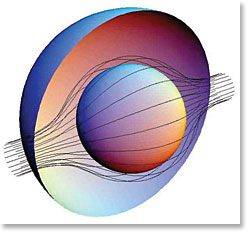 There is your answer it does nothing to real space
Last edited: Aug 25, 2015
FreeThinking

FWIW: MTW p220-221, Box 8.5 "GEORG FRIEDRICH BERNHARD RIEMANN" excerpts: "...Riemann communicated to Betti his system of characterization of multiply-connected topologies (which opened the door to the view of electric charge as "lines of force trapped in the topology of space")..." and "A more detailed scrutiny of a surface might disclose that what we had considered an elementary piece in reality has tiny handles attached to it which change the connectivity character of the piece...".

I had mentioned earlier the phrase "change the topology of space" and I had also noticed (but I don't think I mentioned) that one of the papers mentioned "handles". So, I'm thinking that neither of these ideas are new to anyone but me. At least now I know that if I want to understand these ideas, I need to go back to the mid 1800's. Good to know I'm only a little more than a century & a half behind now.
Log in or register to reply now!

Related Threads on Is this magnetic wormhole really a wormhole?

Evidence for a wormhole
2

Do wormholes really exist in spacetime?

Prerequisites for a wormhole

I Creation of a wormhole