Meteor detection/prediction: One over Toronto, ON, Canada

A vibrant fireball that flashed across the night sky in the early hours of Saturday morning passed over the skyline of Toronto, Canada, before colliding with Earth near Niagara Falls.

The European Space Agency said the event marked only the sixth time in history the impact of a space object with Earth was successfully predicted. The agency said while most asteroid collisions with Earth are only discovered after the fact from evidence like craters, the number of occasions in which a space rock is detected before it strikes is growing.

In fact, all six detections have taken place since 2008, according to ESA, which said continued improvement in sky scanning telescopes will likely make detection of smaller objects — which frequently strike Earth — more common.

Large asteroids, on the other hand, are much easier to spot.

Saturday's fireball was anticipated by amateur and professional astronomers in the hours before it struck. The Minor Planet Center, which monitors asteroids, said a fast-moving object was detected by the Mount Lemmon Survey near Tucson, Arizona, triggering a "warning of an imminent impact."


The MPC said seven observatories were able to spot the object before it entered the Earth's atmosphere at around 3:27 a.m. ET over Brantford, Ontario. The object was less than 1 meter in size, according to the ESA.

Debris might be found around Niagara Falls. I don't know if that is Ontario or NY Side. I wonder if it his the water, or on land.

Astronuc said:
Debris might be found around Niagara Falls. I don't know if that is Ontario or NY Side. I wonder if it his the water, or on land

Had an online meteorite sale in the weekend and several of my felloe collectors were
pondering at trip to the region. The only thing putting them off was the excessive snow
cover that would make it almost impossible to find anything

update ... well at least one has arrived out there
my friend "Meteorite Man" Steve Arnold 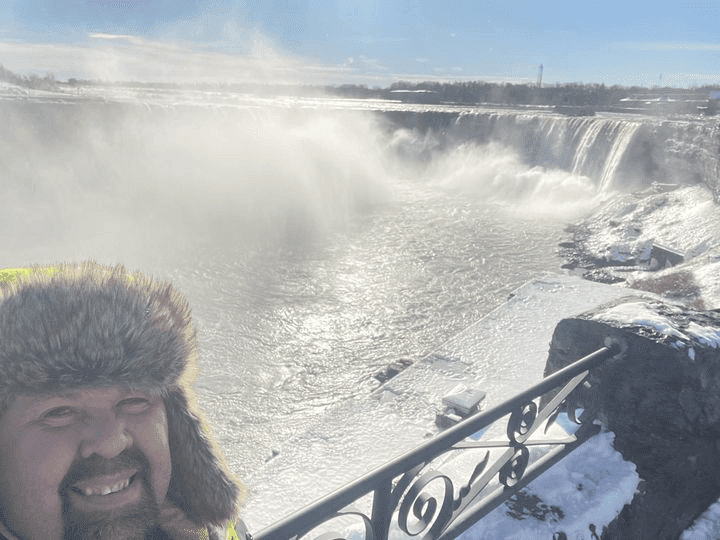 @davenn
Have you added to your collection lately?
davenn
Science Advisor
Gold Member

dlgoff said:
@davenn
Have you added to your collection lately?

trust you are well. Hope your daughter hasn't been adding too many more grey hairs to you lately hahahah

Yes, another 14 new mets added last weekend at the Zoom online sale run by a friend of mine out of Arizona
There were about 27 of us attending and buying all sorts of meteorites
dlgoff
Science Advisor
Gold Member

davenn said:
Hope your daughter hasn't been adding too many more grey hairs to you lately

Not lately. But am hopeful she'll do well on her single engine commercial check-ride this coming Monday 12-5-22.
dlgoff
Science Advisor
Gold Member

dlgoff said:
Not lately. But am hopeful she'll do well on her single engine commercial check-ride this coming Monday 12-5-22.

Suggested for: Meteor detection/prediction: One over Toronto, ON, Canada

Stargazing Possibility of detection of Earth approaching objects by gravity?

I Cosmological Positioning - How does one determine?

B Jupiter and Saturn in one frame

I Does all infrared get detected as heat?

Stargazing 1841 description of a 'meteor'

B Assuming a mirror universe, how would the black holes in the two universes be different from one another?

I Does the external field effect prove MOND over dark matter?

I Objects flying over the lunar surface