Answer to question is given as A. I am not getting the explanation to how can one zener diodes be in breakdown and other not. I think if the combined voltage of 150V is applied then only breakdown occurrs in both the diodes simultaneously. 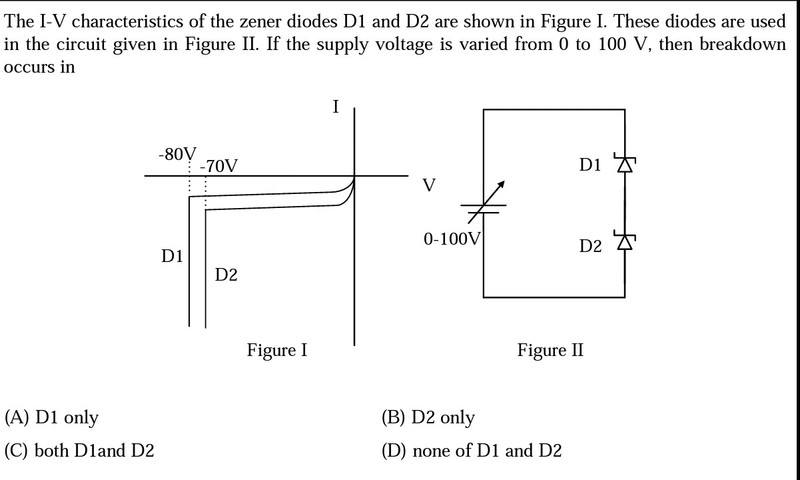 saurav106 said:
I think if the combined voltage of 150V is applied then only breakdown occurrs in both the diodes simultaneously.

Maybe we should ask the question instead as:
"Does some arbitrarycurrent I100 exist
where the sum of the diode voltages is 100 volts? "
Surely there does.

The diodes see the same current of course ...
Any given current would be a horizontal line on the graph
and where it crosses each diode's characteristic curve is the voltage for that diode at that current.
so let's take a ruler and dividers to it .
Sliding my red horizontal current line down from zero amps
it appears D1 breaks down at 80 volts well before D2 reaches even 20 volts
so if i lay my horizontal current line so it crosses D2's characteristic curve at 20 volts
i have found one possible I100 . 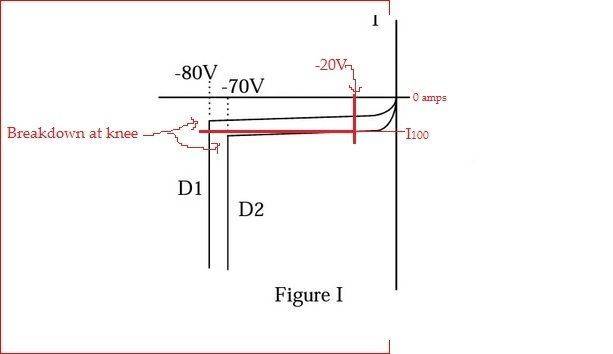 but those are the curves we were given.

I'd have to pick answer A.

I think this was more an exercise in graph reading than zener diodes ?

Transistor as a zener diode