TabletPCs for Science and Science Teaching [blog entry from 2006]

This old blog entry is being reposted here for archival purposes
because the blog system is being removed.​
TabletPCs for Science and Science Teaching
(Message originally posted by robphy on May20-06 at 06:45 PM.)

Although the TabletPC (see also wikipedia entry on the TabletPC) was introduced in the fall of 2002, there unfortunately hasn't been a lot of software that take advantage of it. However, there have been several interesting software applications that may be useful for scientists and science students.

I hope this post will increase awareness of the TabletPC and its potential applications in science and science education.

Here's a sampling of what I've seen... and I hope for more!

[*]
Some contributed images of pages produced on a TabletPC
... taken from a link on www.studenttabletpc.com.

"Bring your drawings to life with the Physics Illustrator, a motion simulator for the Tablet PC. Simply draw two-dimensional bodies, connect them in various ways, and apply forces, then watch as animation makes the bodies move, collide, and interact." 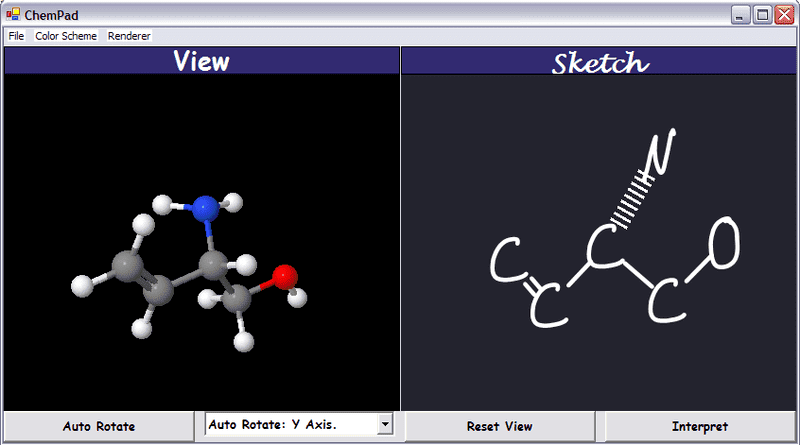 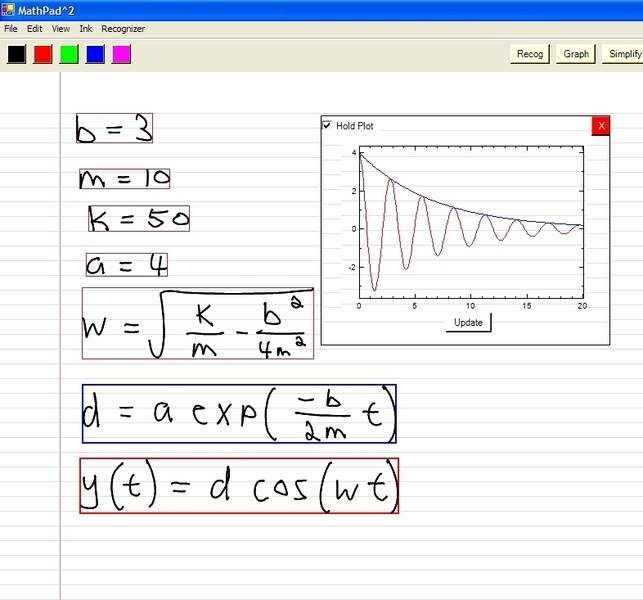 " MathPad<sup>2</sup> is a prototype Tablet PC application for mathematical problem solving. At the core of its functionality is the novel concept of mathematical sketching, making dynamic illustrations by combining handwritten mathematics and free-form diagrams. MathPad2 is designed so a user can create simple illustrations as if they were working with pencil and paper. Teachers can use MathPad<sup>2</sup> to quickly create illustrations to be used in their lessons and students can use the application to aid in their studies."

"A long-standing dream in computer-aided design is the possibility of using freehand sketching as the language for interactive design. The ability to sketch a 3D object, predict its performance, and re-design it interactively based on physics-based feedback would bring the power of state-of-the-art CAD tools into the critical, early design phase."

" xThink has released MathJournal version 1.1, an interactive program for the Tablet PC that provides a natural and intuitive environment for solving mathematical and engineering problems.

MathJournal recognizes handwritten mathematical expressions, and then displays a list of relevant solution types to the user. Whenever possible MathJournal gives the option to plot an expression."

"With Equation Writer you can handwrite a math equation and convert it to text with the touch of a pen. So now, you can spend your time solving math problems, instead of formatting them."


Actually, it converts it to a bitmap. Unfortunately, it can't be edited as text or as a "Equation Editor" object.... but it seems like it's only a step away from that or conversion to <tex>\LaTeX</tex> or Maple input.

The Natural Log (at MIT)/Paul Viola may the source of the research which underlies the Equation Writer. matsakis99recognition.pdf is a Master's thesis on this research.


Although not specifically for the TabletPC:

The Infty Project has created Infty Reader (which tries to recognize scanned documents and convert them into LaTeX) and Infty Editor(which supports mathematical handwriting recognition... with an attempt to read back with a computerized-speech output ).

There are probably a lot more out there. Please inform me of any you find by posting a comment.

By the way,
I have had a "first generation" Gateway/Motion M1200 (via archive.org) 3-lb slate since Spring 2003. Since then I have taught most of my courses using my tabletPC and a projector. Occasionally, I would post a copy of the "board notes" and homework and exam solutions online (as Windows Journal [Windows Journal Viewer] .jnt files, or as .mht, or .pdf). Since the tabletPC runs a superset of WindowsXP, I can run the standard PC software... in addition, I can show Java, VPython, and Maple animations and video clips during my lecture. (In addition, if students communicate with me via MSN Messenger, I can reply in ink (i.e. hand-drawn equations and diagrams).

For my research, I write down a lot of private calculations using Windows Journal (which can be searched as text using handwriting recognition). Diagrams and snippings from .pdf articles can be inserted and marked up. Of course, my digital ink can be edited again later. I have fewer loose pages in my backpack now... and I don't have to carry heavy folders of notes and calculations. My TabletPC is my portable office.
Last edited by a moderator: May 6, 2017

I agree that the software for tablets can be pretty awesome. However, the extra cost of the hardware has always seemed to be prohibitive to me.
robphy
Science Advisor
Homework Helper
Insights Author
Gold Member

Although interesting, I don't use much of the software above.
I do use Windows Journal (which is free and part of Windows XP tablet edition and is now included in Windows Vista, 7, and 8) for note-taking, doing detailed calculations, and lecturing as my whiteboard [when connected to a projector]. It has changed the way I work and manage my research and teaching.

TabletPC prices have come down a lot. They used to cost more than $1000. (When they first came out in 2003, they were $3000.)
The new entry-level Microsoft Surface Pro 3 ( http://www.microsoft.com/Surface/en-us ) isn't that much more expensive than a typical (i3 or better) ultrabook laptop nowadays... not to mention the cost of a laptop plus a non-tabletPC tablet-device.
harborsparrow
Gold Member

I've been watching Microsoft Surface--early versions were not quite there--it may just finally be good enough to buy.
Share:
Share

Smarter people in science and technology