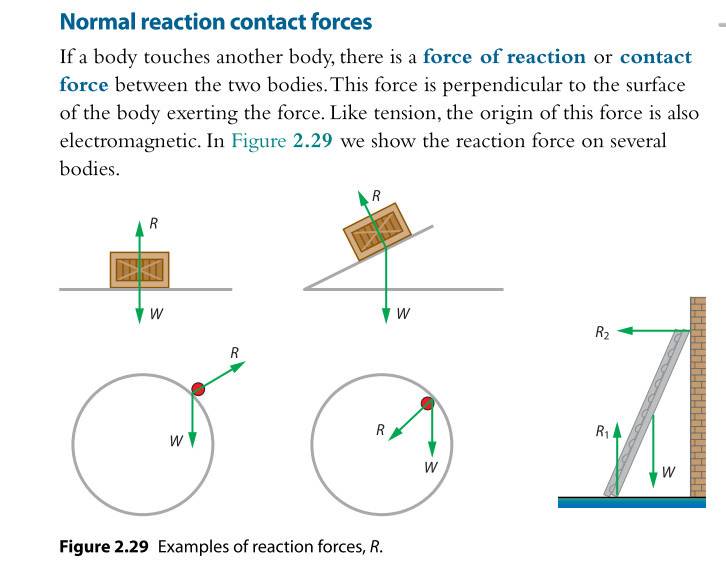 The word "Reaction" is unnecessary. The normal force is a force exerted by a surface on a body in contact with the surface. The body also (III law) exerts an equal force on the surface, in the opposite direction. These two are an action - reaction pair. Labeling one of them as "Action" and the other as "Reaction", is wrong.
A.T.
Science Advisor

Chandra Prayaga said:
Labeling one of them as "Action" and the other as "Reaction", is wrong.

Or rather meaningless and confusing.
gmax137
Science Advisor

In which case, at least 3 out of the 5 cases shown on the drawing are presented incorrectly. The weight vector is drawn originating from the centroid of the contact area rather than the center of mass of the object.

i.e. There is a difference between your weight (the downforce of gravity on your body) and the downward component of the contact force of your feet on the floor.
gmax137
Science Advisor

Related Threads on Where's the action force if the normal force is a reaction force?

Why is there no action-reaction pair for normal force?

L
Action reaction forces: what is the reaction to tension?

What is the reaction force of centripetal force

Is the friction "reaction force"?