Why do White people have such large foreheads?

Or is it actually higher hairlines? What is the genetic reason for this?

People of many races have high hairlines/large foreheads. Where are you getting this from?
onomatomanic

I think the perceived size of one's forehead has a lot to do with the shape as well as the height of one's hairline. 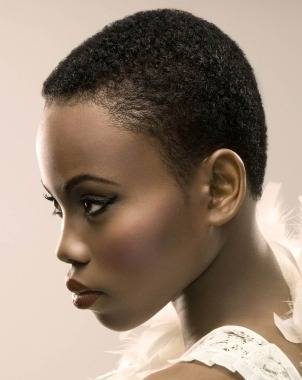 Specifically, on what happens above the temple, in the place in which this model's hair is sparser than everywhere else (skin shines through). If there is hair there, the hairline is a more or less smooth curve from one ear to the other. If there is no hair there, the hairline is more or less angular - straight up from the ears, and then either straight across or with another angle (a "widow's peak") in the centre. If this model were to shave those places, it would make her forehead considerably more prominent, even though the actual increase in area is only on the order of a few square centimetres.

It's my impression that the single-curve hairline is found more frequently among blacks than whites, which would explain the OP's generalized perception. Needless to say, there are plenty of counter-examples, though. Which is not to say that there may not be other contributions: Actual differences in forehead-shape, or wider cheekbones which make foreheads look smaller in comparison, or more voluminous hair which again make a forehead look smaller, et cetera. And there may be ethnic tendencies either way, in each case. Lastly, even skin- and hair-colour itself can likely influence size-perception, to some extent.
RabbitWho

I pluck my upper forehead like an early renaissance princess. 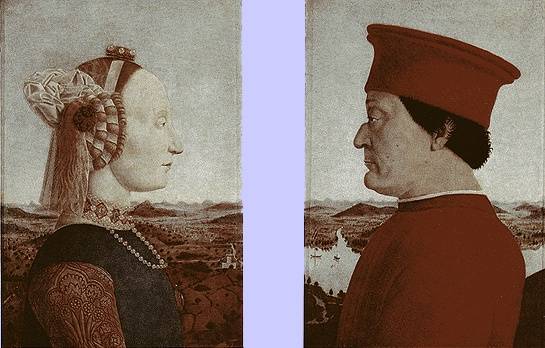 Suggested for: Why do White people have such large foreheads?

COVID COVID researchers discover why some people are asymptomatic

Why do cactus have thorns?

Medical Memory: Do some people have more “space” or just better retrieval?

Why Apes and Humans don't have Tails

Medical Why do we say basolateral membrane and not basal?

Why do scientists call evolution a "theory"?
2

Why do we need drinking water?

Medical Evolution of people within a generation?

COVID Do People Think It Will Take 7 Years to Get Back To Normal?