Are all the celestial systems in the universe on a big plate?

Summary:
Are all the celestial systems on a single plate?

It seems that all celestial systems are in different plates, e.g. solar system, milky way galaxy, clusters of galaxies....although different systems might have their own plates, it seems to turn out that small systems are always on the plate of a bigger system....so is the whole universe on a big plate? If it is, then what is there in the space along its axis?

Plate?
You mean a plane of ecliptic? Yes, if you rotate anything, the material, if it can interact with the other material, will tend to flatten into a disk shape. This is true of silly putty, galaxies, star systems, planets with their moons, although the plane of each might be fairly random. Our own solar system axis is nearly perpendicular to the axis of rotation of the galaxy.

The universe as a whole does not rotate and the material (all the galaxies) are more or less uniformly distributed in all directions, at least at a large enough scale. At smaller scales, they tend to clump into superclusters which have some minor overall rotation but not enough to flatten their shape.
Keith_McClary
Gold Member

The axis of the solar system is tilted about 63 degrees in relation to that of our galaxy.
ronald_dai

The answer from Halc seems to deny that possibility....but do we have the proof that it is so? It seems that many people assume there is some kind of attractor.....if there is a big attractor, does it mean all mass attracted to it would rotate around it or just moving towards it from all directions?

There are large attractors, for instance (in order of increasing mass and decreasing proximity) Virgo, the Great Attractor, and the Shapley attractor) There is some net rotation about each of these, but no disk to speak of as far as I know.

The universe, if not finite in size, is incapable of rotation. Rotation around an attractor only works given the causal reach of the mass, so nothing outside our visible universe can have an influence on our motion, and thus we cannot rotate around it, however slowly.
Secondly, any finite angular rate multiplied by unbounded distance would have distant objects moving faster than light in a coordinate system where such motion is impossible.

Of course it's allowed in other kinds of coordinate systems. Relative to my house, the universe rotates overhead, and anything as far away as Neptune or more likely moves faster than c, but that's just a property of such a coordinate system. Nothing out by Neptune is capable of being stationary either in such a frame
phinds
Science Advisor
Insights Author
Gold Member

ronald_dai said:
It seems that all celestial systems are in different plates axis?

"Plate" is a very poor description, since there are galaxies that are not at all "plate shaped". One of these types is globular galaxies, the Sombrero Galaxy is another.
jim mcnamara
Mentor

This is one diagram of what the universe looks like on a vast scale: filaments and huge voids.
https://en.wikipedia.org/wiki/Void_(astronomy) 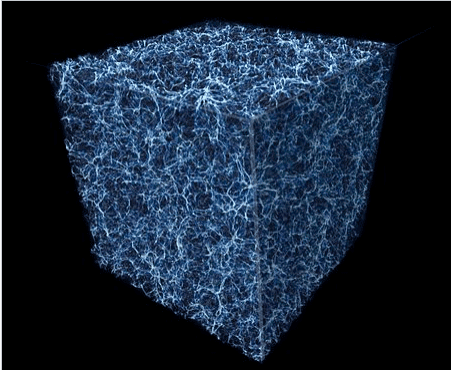 So consider why your question is confusing for the people trying answer you. It would be REALLY helpful for everyone if you could tell us where you got the idea of an attractor(?). -- I guess.... No single point of rotation for the whole universe is known.
PeterDonis
Mentor
Insights Author
2020 Award

ronald_dai said:
the thing is whether everything in the end all rotates around something....


ronald_dai said:
do we have the proof that it is so?

Yes. If everything was all rotating about something, the universe would not be isotropic--there would be a preferred direction (along the global axis of rotation). But all the evidence we have, including the extremely strong evidence of the CMB (since the CMB has existed since the early universe and so would have to show signs of any anisotropy if it existed), is that there is no preferred direction in our universe.
PeterDonis
Mentor
Insights Author
2020 Award

Halc said:
The universe, if not finite in size, is incapable of rotation.

Strictly speaking, this is not true. There are solutions of the Einstein Field Equation, such as the Godel universe, in which the universe is infinite in size and there is global rotation. So we cannot rule out such a possibility on a priori grounds.

However, all the evidence we have indicates that the solution of the Einstein Field Equation that describes our actual universe does not have any global rotation.
ronald_dai

Thanks for all the great answer!
happyhacker

Keith_McClary said:
The axis of the solar system is tilted about 63 degrees in relation to that of our galaxy.

OK, is there a force tending to get it to align with the Galaxy 'plate'?
Keith_McClary
Gold Member

happyhacker said:
OK, is there a force tending to get it to align with the Galaxy 'plate'?

There is a force from the Sun's oblateness that acts on the Moon's orbit, but it causes the axis of its orbit to precess.
https://www.physicsforums.com/threa...al-and-apsidal-precession.851208/post-5338164
I don't know if there in a significant analogous force in the galaxy.
phinds
Science Advisor
Insights Author
Gold Member

happyhacker said:
OK, is there a force tending to get it to align with the Galaxy 'plate'?

The solar system oscillates above and below the galactic plane in a cycle of about 70 million years.
jim mcnamara
Mentor

Related Threads on Are all the celestial systems in the universe on a big plate?

Angles on the celestial sphere

Z
B Are the axes of celestial objects parallel in a galaxy?

R
A universe before the big bang

Observe all the ages of the universe

P
The Universe as big as a basket ball?

B Was the universe is infinitely large at the big bang?

I Are all planets in our Solar System in the same plane?

Does the big bang imply a finite universe
2

I What is the mass of all photons emitted in the universe?