Newton’s Law of Motions: tension forces in a pulley

Question: Find the acceleration of the mass m in terms of F if there is no friction between the surface and m. Repeat if the frictional force on m is f. 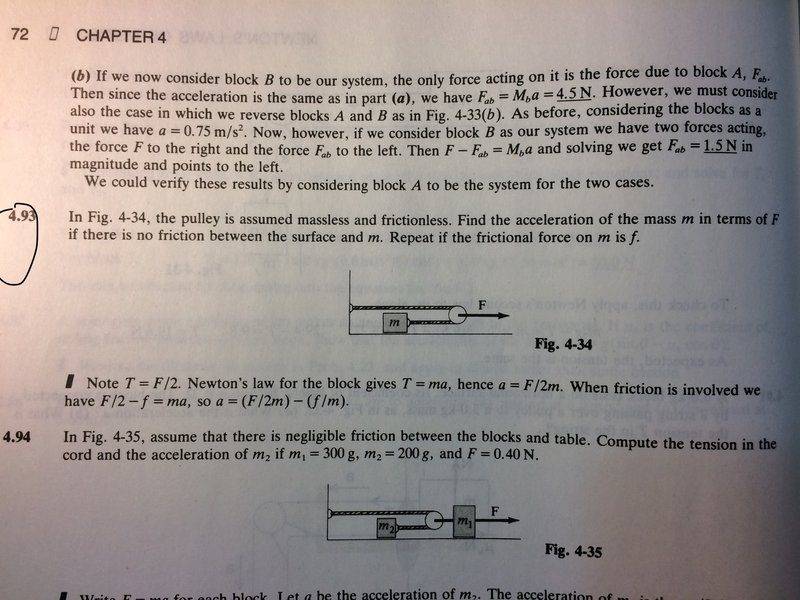 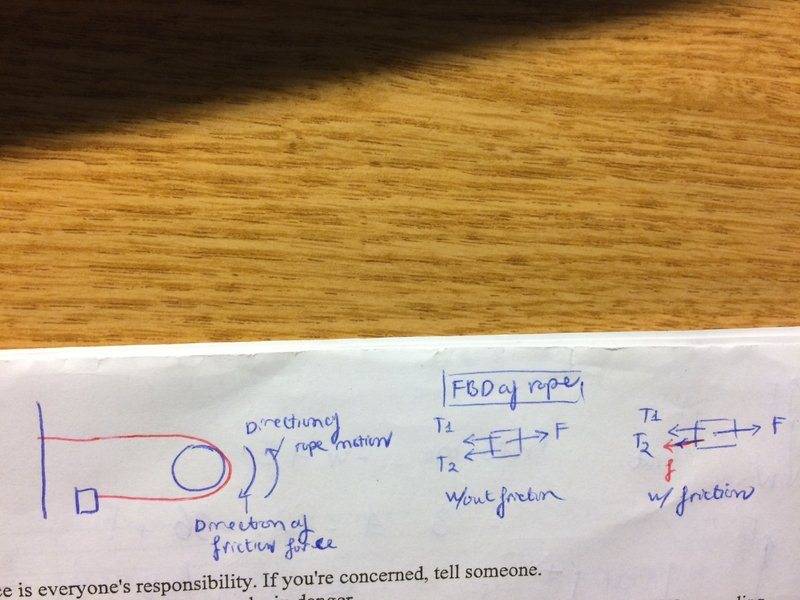 That's it. In many of these cases it helps to imagine an "extreme" situation. If for example the bearing of the pulley would be stuck and it doesen't rotate ...
Beth N

Related Threads on Newton’s Law of Motions: tension forces in a pulley

Newton's Laws with a Pulley, with tension, Force

Forces and Newton's Laws of tension