How do I determine how much drag is required to orient a spinning spherical projectile with a small parachute just before apogee? The projectile is going straight up. The parachute will not be deployed until around 6.5 seconds into flight when the object is traveling at 14.2 m/s. This isn't a requirement, just an arbitrary choice. I would think 1 second would allow for orientation/stabilization. The only requirement is to orient the object so that the bridle attachment point of the parachute is straight down when apogee is reached. The changed apogee would need to be calculated so that an event can occur before the object rolls/becomes unstable. Essentially, just the new apogee height and time need to be known. I have attempted to calculate how much drag a 14" parachute would create, but need to determine how much is needed.

2.7 lbf of initial drag would be generated by this parachute from what I understand.

How do I determine how much drag is required for orientation as described above, and how is the new apogee height and time determined?

Building your own fireworks bomb ?

You realize that with the same numbers (or a calculator) you find that your ordnance will only go up 200 m ?

Parachute will give a jerk -- need moment of inertia for your sphere to find initial angular acceleration around bridle att pt. Then a complicated damped oscillation sets in -- hard to describe since chute pull will decay very rapidly

You can't change your plan and have the chute open after the apogee ?
boostedcabbage

It's an aerial shell(not bomb) that is to be built onsite(legally) at an event that has all the required permits. The problem with deploying the parachute after apogee, is that it causes a significant timing problem in the event that the parachute fails. To avoid affecting shell performance in an extreme way, I think a suitable sized drogue parachute should be deployed some time after launch. 200m is certainly too low. My initial numbers could have been wrong :) Any other suggestions to get in the ball park? A more realistic initial velocity might be 87 m/s. Without the parachute, the projectile will reach 300-365m. I didn't consider air resistance when determining apogee, but I know how high they go in practice. There certainly needs to be a little wiggle room because there are a lot of factors that influence what the exact apogee will be. The goal is to have a drogue parachute open at some point with slightly more than the required drag for orientation. To simplify, I need the thing to be stable and that bridle pointing straight down when 7.5 seconds approaches.
Last edited: Jul 31, 2018
boostedcabbage

Reading about moment of inertia right now. We'll have to assume that the object's mass distribution is even. To minimize jerk and oscillations, I'm thinking using the lowest amount of drag for as long as reasonably possible would be optimal. Is this correct? Another person on a forum more specific to the subject even brought up the idea of a drogue parachute that is deployed right at the moment of lift. This could reduce complexity, but it would also add drag for the entire flight.

Thinking about the parachute after apogee also brings up the fact that the object is traveling slowly and will take more time to stabilize. This would require reaching a higher than normal apogee before deployment.

My original thinking is that it would still be best to not alter the flight until last minute in case of a parachute failure. I am open to the idea of the parachute being open the entire time if the drag is so little that it can be compensated for by slightly increasing the initial velocity, but there are limits there.
Last edited: Jul 31, 2018
BvU
Science Advisor
Homework Helper

PS why a parachute? Why not a few small fins ? Seems to work .. 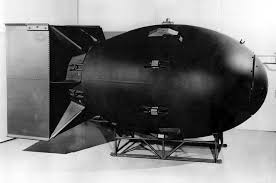 There have been some finned designs in past that have worked, but I really wanted to try the parachute idea :) The moment of inertia for a solid sphere of this size and mass is 0.10498 kg m2. Where do I go from here?
boostedcabbage

How did you come up with that surface area? It appears to be about 1/4 of the surface area of the entire sphere.
BvU
Science Advisor
Homework Helper

I have to increase the initial velocity to 110 m/s to get to the appropriate altitude using that calculator. Hmm.. A drag coefficient of 0.5 should be pretty close as that's what a sphere is.(roughly)
BvU
Science Advisor
Homework Helper

boostedcabbage said:
Where do I go from here? 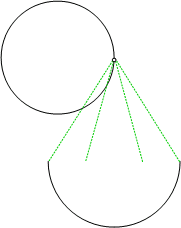 chute opens and jerks -- its speed reduces abruptly. Sphere experiences jerk and rotates around some point (not the bridle att pt).


boostedcabbage said:
but I really wanted to try the parachute idea :)

Good! trial and error will be the way forward. Calculating will be hard...

If the velocity is high and the drag is low, would conditions be more optimal? Less shaking, etc? A scaled down test with a 3 axis gyro might have to happen in an "inert" object. Presumably this data could be used and scaled.
boostedcabbage

Should also be noted that any rotation along the bridle attachment point axis is perfectly acceptable and won't affect performance to a degree that I care about currently.
Share:
Share

Suggested for: Projectile orientation near apogee

Could a projectile shooting downward at near c lift 300lbs?

Orientation of an object after collision with ground

Gravitational potential energy near the earth

Acceleration of ball bearing near solenoid

What is the orientation of the vector of friction?
7