Starlink launch in 20.5 hours, live coverage here. 80% chance that the weather will be good, backup launch date is the following day. The deployment of the satellites could be very interesting.


A lot of new information about Starship:
They are building two of them - one in Texas (that one was known) and one in Florida. Confirmation from Musk. They are built by two independent teams competing - but also sharing things they learned with the other team. The landing legs/wings might be installed end of June.

New Starhopper flights are planned for May 28, although these could still be single-engine hops.

They are working on the fifth Raptor engine - that is enough for larger hops of Starhopper later (it needs three, but 1-2 engines are earlier prototypes that won't fly). The plan is to have about 100 engines early next year. That would be sufficient for Starhopper, both orbital Starship prototypes, two "Super Heavy" boosters and ~15 spares. Will they actually assemble two sets so quickly? We'll see. It looks like they aim at orbital flights in 2020.

SpaceX plans to give a presentation about the project status June 20. By that time we should have seen more Starhopper hops and the outer shell of an orbital Starship prototype should be in an advanced stage. It is two days before the next (third) Falcon Heavy flight, launching various payloads for the US Air Force.

mfb said:
This will be the fourth flight of this particular Falcon 9 booster, the first time a booster will be used for a fourth flight. The previous flight of it launched (among other payloads) the Beresheet mission which tried to land on the Moon.

According to SpaceX it is a bit different, may I know what was your source? Might be about some following launch instead...

Falcon 9’s first stage for this mission previously supported the Telstar 18 VANTAGE mission in September 2018 and the Iridium-8 mission in January 2019.

They changed the booster on short notice (at least publicly). It is now the third booster that will make a third flight. Discussed here but there were also better sources I don't find right now.
The launch was scrubbed due to wind, next attempt tomorrow at the same time.
Greg Bernhardt
Admin
Insights Author


For the second consecutive day, SpaceX called off a Falcon 9 launch attempt at Cape Canaveral on Thursday evening, this time to complete a software update on the first 60 satellites for the company’s Starlink network to provide high-speed Internet service from orbit.

Success. Although I have no idea if the deployment of the satellites worked properly (SpaceX expects to have a confirmation in a few hours). It was unlike any other satellite deployment. They just stacked 60 satellites (in two groups of 30 apparently) and let them slide apart from inertia. 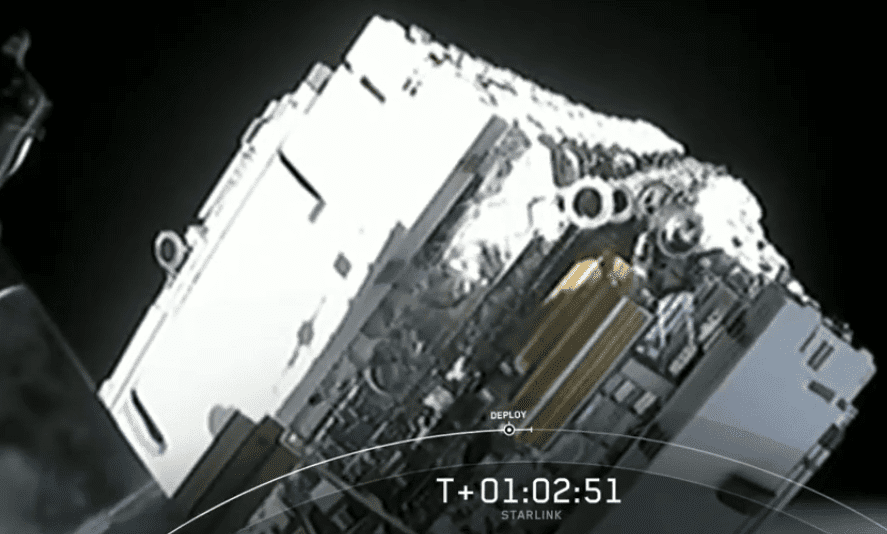 And after a flying for a while, at least one satellite has clearly separated from the rest already: 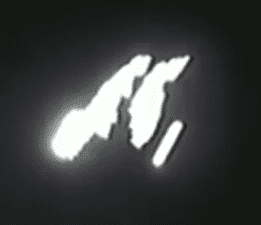 They don't seem to be in satellite databases yet but if you are lucky you can see them with the naked eye - as long train of dots crossing the sky.

Here are some videos and reports, all from Europe so far. The hours after sunset are the interesting time frame.

Calsky and Heavens-above are websites that should add the satellites soon, they can predict visibility then.

Satellite tracking
Alternative
Yet another alternative

The 60 satellites still form a well-defined line across the sky, but will spread out somewhat quickly (could be within a few days). Their orbit is close to the terminator, giving them visibility from many places. This might be the best chance ever to see so many satellites at the same time, future launches could have different orientations. It is really an odd formation in the sky.
mfb
Mentor
Insights Author

heavens-above.com is tracking the first and last satellite. Reliable predictions are difficult as the satellites are all raising their orbits. The string of satellites is spreading out a lot already. If you want to see the satellites as dense group better look for them soon.

Graph based on NORAD tracking data: 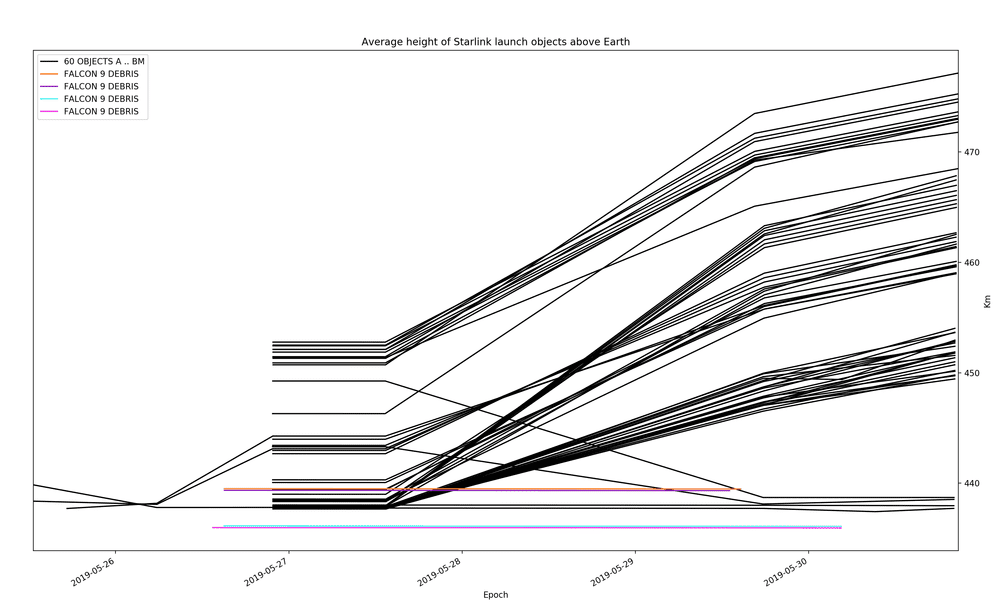 The fastest raise their orbit by 10 km/day but most are using a more relaxed 5 km/day. In total 64 objects are tracked, 60 satellites and 4 objects related to the release mechanism (they will burn up in the atmosphere over time). Here are observations of them

Edit: Yet another update. The first satellites made it half the way to their final orbit now. 57 satellites are raised now (that number was 56 before), it looks like the issue of one of them could be resolved.

Still a lot of confusion about tracking, but it is now quite clear that one satellite is actively lowering its orbit. Probably one of the four with issues, if SpaceX decided they can't use it then deorbiting it actively is the best option. Meanwhile the good satellites are reaching their target altitude of 550 km - the first few seem to be there (or very close), most of the rest can catch up within a week or so. They might keep some a bit lower deliberately to spread the satellites out in their orbital plane. Ideally they all have circumference/56 distance to each other (or whatever number of satellites will be useful if not 56).

- 45 reached their final orbit
- 5 will reach it shortly (or did so since that announcement)
- 5 paused orbit raising for additional check-outs and will likely join later
- 2 satellites are deorbited actively. "To simulate an end of life disposal", but it isn't hard to understand they are the worst ones with working propulsion
- 3 satellites are passive and will deorbit just from atmospheric drag

=> probably 55 working satellites in the end

A 5% failure rate for propulsion is not untypical for satellites but SpaceX needs to get better in order to launch 12000 satellites. No one wants 600 uncontrolled satellites, even if they decay within a year each.
davenn
Science Advisor
Gold Member

mfb said:
but SpaceX needs to get better in order to launch 12000 satellites. No one wants 600 uncontrolled satellites, even if they decay within a year each.

And no astronomer wants 12000 satellites destroying the night sky for research, photography etc
We astronomers (amateur and professionals ) cant believe that this sort of thing is being allowed.

They became quite dim since they reached their target altitude. Magnitude 5-6 or so as far as I know.

davenn said:
We astronomers (amateur and professionals ) cant believe that this sort of thing is being allowed.

Allowing internet access for everyone vs. cleaner pictures for astrophotograpy?
The chance that it interrupts a measurement of a big telescope (looking at small areas in the sky, typically) is small and the orbits are predictable, so you can avoid an influence there.
davenn
Science Advisor
Gold Member

mfb said:
They became quite dim since they reached their target altitude. Magnitude 5-6 or so as far as I know.

and that is VERY bright through a scope. Even my scope easily picks up satellites ~ mag 8-10 ... completely invisible to naked eye, as a streak of light across the image
Share:
Share

How do balloon-launched satellites even reach outer space?