Following on from my last post about stream offsets along active faults. This post is a little more about the Alpine Fault in particular. This is more about a place of interest, rather than about the science of tectonics

Just off State Highway 7 ( the Lewis Pass Rd) that connects the east and west coasts of the upper South Island, is an interesting landmark. In 1964, Frank Evison and his colleagues built a concrete wall across the Alpine Fault trace, in the hope that one day there will be a rupture on the fault and the wall will get split in two. ( hasn't happened yet !). I had last visited this site some 18 years ago but didn't have a photographic record. So during the Christmas period of 2016 and being in the general region, I decided to revisit the site.

Image 1
My wife, Cindy, is standing on the wall directly above the fault trace which bisects the wall. 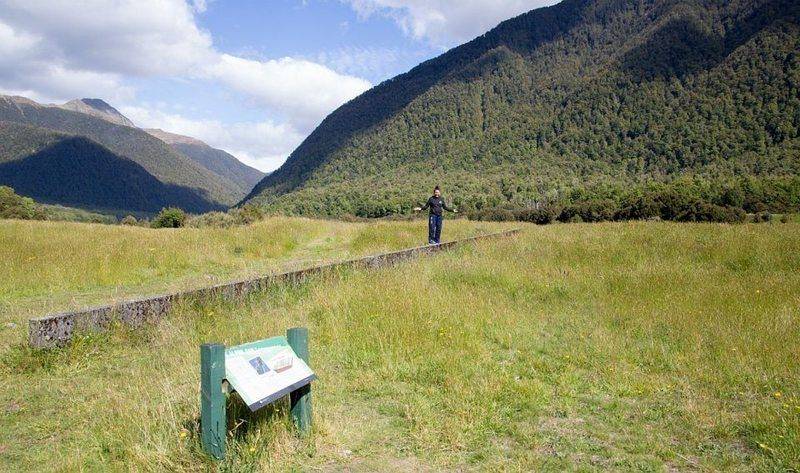 Image2
In this image, I am standing on the fault and looking north east along the trace towards the wall.
Even with the long grass, the vertical offset on the trace can be seen to the right side of the pic. ~ 1.5 - 2 metres.
The trace continues onwards into the pic., across a river, through that line of trees, across the left hand base of that large hill (mound) and up the distant valley. 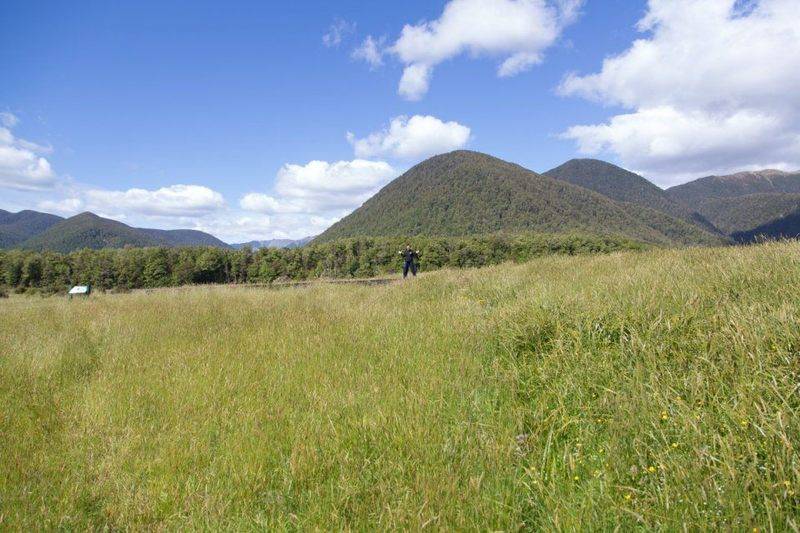 Image3
This image is from Google Earth. I have annotated the key points.
The fault trace, the wall and the tectonic plates

Image4
and a zoomed out view of the region 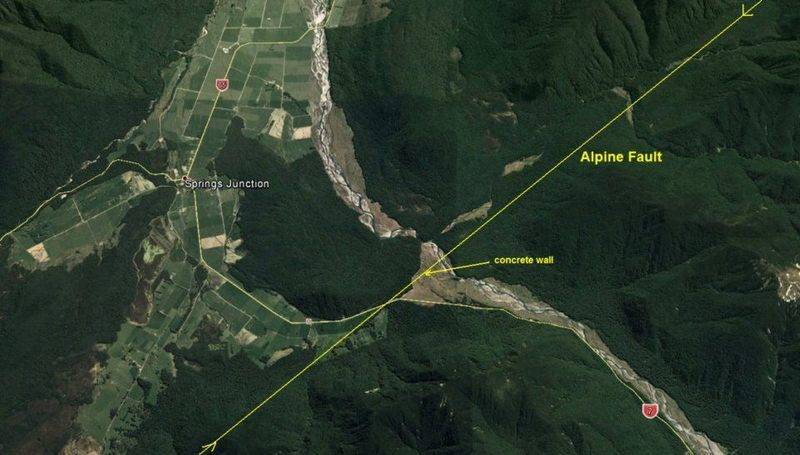 Again, for anyone who would like to Google Earth the location .....

New Zealand - The Tip of A Hidden Continent