If Planck constant h and light speed constant c were (very) different, would we notice it?

(I know we can change units and make h and c take any numerical value we like. But let‘s stick with one set of units.)

I assume rulers, clocks, coupling constants, all dimensionless constants would change. So would Planck lenght, time and mass.

What would we notice if these constants in some chosen set of units were different?

If you wanted to stick to "one set of units," you should not have picked c and h. The quantity c, for example converts meters to seconds in the same 2.54 cm/in converts inches to centimeters. If you treat space and time on equal footing, you measure time and space using the same units, so c is 1 m/m. What matters are dimensionless quantities, e.g., ##\alpha##, ratios of particle masses, etc.
Baluncore
Science Advisor

Now that c and h are defined they are fixed, so you cannot measure them as having different values.
See; https://en.wikipedia.org/wiki/2019_redefinition_of_the_SI_base_units#Redefinition
Pnin

My question (rephrased): what would the world look like when would measure ligth traveling at 2 m/s instead?
Ibix
Science Advisor
Insights Author
2022 Award

Pnin said:
We measure it.

You can try to measure it by seeing how many meter rules light travels in one second. But the problem is that a meter rule is defined to be 1/299792458 of the distance traveled by light in one second - so the result is 299792458 by definition. It's circular. All you are doing is seeing how well your meter rule matches the definition of a meter.

Pnin said:
what would the world look like when would measure ligth traveling at 2 m/s instead?

You can play with that at MIT
Pnin 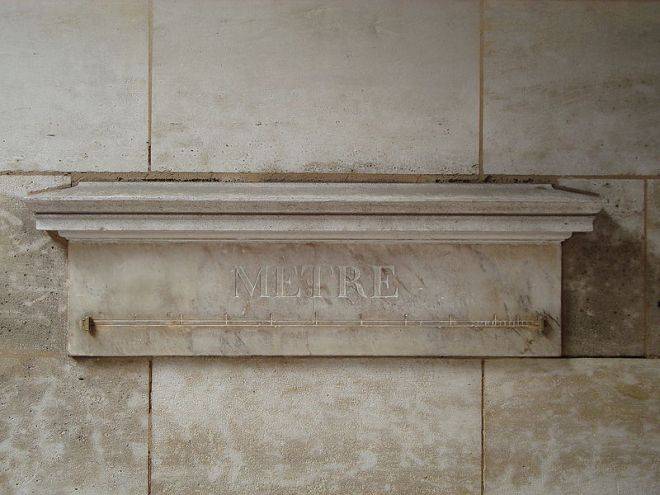 It is hard enough to understand the universe without changing the numbers.
Why do you ask such a hypothetical question ?

An enormous effort has been invested in a robust definition of SI. Physics is scaleable. So changing the fundamental defined constants does not change the physics, it only changes the numbers.
If the speed of light was 30 km/hr, your mass when running for a train would be relativistic, like the mass and length of the train. Your world would simply run slower.
Ibix
Science Advisor
Insights Author
2022 Award

Only in the trivial sense that any such ruler is probably not exactly the standard length. You don't change the underlying physics just by switching to an older standard - the logic that allows us to define the newer standard is still valid.

If you require that the dimensionless constants be unchanged, you cannot have a different value of ##c## without also having different values of at least one other dimensional constant. These changes will cancel out in any analysis you do of an experiment - either changing your time standard or cancelling out your distance standard change. The "standard" meter is made up of a certain number of atoms, so your atoms' sizes are derived constants (and not measureable), as is the speed of light. They must be consistent.

It's all quite headache-inducing to think about. The modern SI units are set up to minimise the number of arbitrary starting points, encoding as much of the arbitrarily chosen stuff explicitly in the dimensional constants as possible.
bobob
Gold Member

The problem here is that thinking about the constant "c" in SI units obscures the physics. If you take "c" to be a meaningful quantity, but do not change ##\alpha##, then, sure the universe would look different, but no one would be here to decide what it means because chemistry can't happen. The velocity of the first Bohr orbit in Hydrogen is ##\alpha c##, so obviously ##\alpha c## is going to determine if atoms can even exist. Now, recall that the definition of the second comes from atomic transitions.

Atomic transition rates are determined by ##\alpha##, the matrix elements between the states and the phase space available for the transition. If you assume that we're still in a universe where chemistry can occur, then saying the speed of light is different means you redefined the units of seconds such that nothing looks any different. All that has changed are the definitions of the meter and the second such that we can be here to define them.

A better, more physically meaningful way to think about this is to stop referring to "c" as the speed of light. Relativity tells you that massless particles propagate at the same speed in every frame. If the photon is massless then light propagates at the same speed in every frame, but whether or not the photon is massless belongs in a theory of E&M. Although that certainly appears to be the case, you can easily construct a theory of E&M with a massive photon (Proca ca. 1913 or 1914). Once you separate relativity from the speed of light, you can stop asking how things "look" if "c" were different, since the "c" in relativity is tied to the speed of light for historical reasons and the fact that Maxwell's equations are correct only if the photon is massless, so that was what led Einstein to use light to discover relativity.

Why the speed of light is still being used to teach relativity rather than mentioned as an historical note is beyond me. But, it's why these sorts of questions come up all the time. SI units are useful because those units address the measuring devices that we find the most convenient to use and the relationships that allow us to choose which relationships we can can choose to get the most precision. If you take the units themselves to be physically meaningful, it's hard untangle the physics from human conventions of measurement.
Last edited: Dec 1, 2020
Share:
Share

I Elastic Constants for Natural Rubber

I Propagation of uncertainty with some constants

B Who set the values of Physics Constants?

I Is "nondimensionalization" a misnomer?

I Could the universe really be conscious?