Are there string world sheets like the below where we have two loops connected by a string and the loops move apart and the string gets longer? 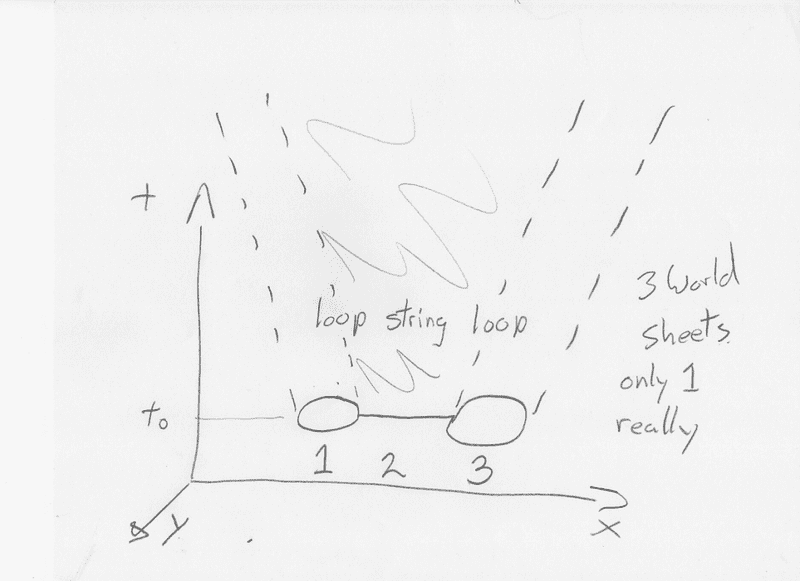 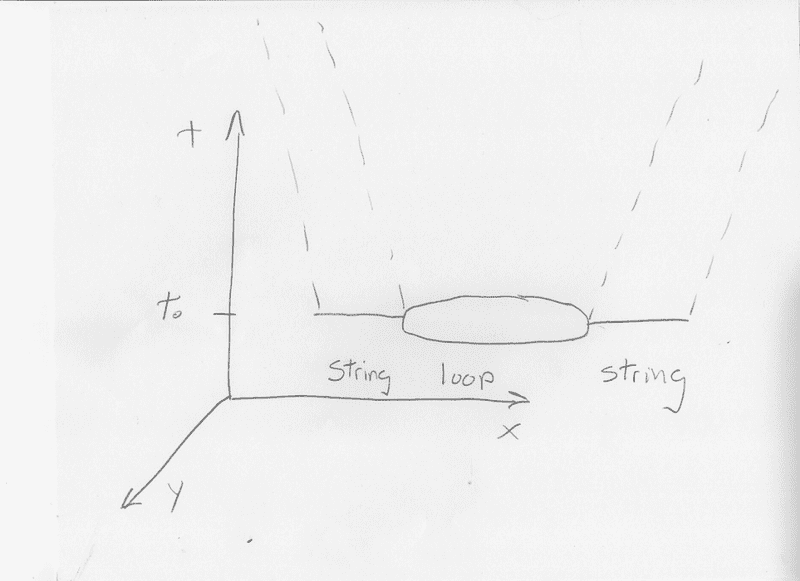 Spinnor said:
Can I think of the near electric and magnetic fields surrounding the antenna as made of strings moving in space-time, being emitted and reabsorbed by the antenna?

Yes, but to be precise, it's a quantum superposition of such emissions and absorptions.

If you think in terms of quantum particles, electronic and electromagnetic phenomena can be understood as superpositions of processes involving the interaction of spin 1/2 and spin 1 point-particles. A charged particle like an electron is surrounded by a cloud of virtual photons and that is its electrostatic field, a propagating electromagnetic wave can be resolved as a superposition of photons of definite momenta, etc.

That's a little vague, but if we picked a particular string model of particle physics, we could be completely precise about the shape of the extra dimensions and about what string configurations correspond to an electron, a photon, or an electron emitting a photon. Topologically, it's simpler than your sketches - the emitted string just buds from the parent string and completely separates from it. What you have drawn resemble "string junctions" or brane complexes that might be relevant for baryons (multiquark states).
Share:
Share

Related Threads on An antenna in terms of string theory

Z
B Size of strings in string theory

B
String theory with points instead of strings, doable?

A change of vacuum in string theory?