So I'm no physics expert, by no means.
But I'm working on a project that involves some weird physics elements, and I'd like it to be scientifically accurate; (if somewhat pseudo-scientific or liberally applied for flavor) and I'd like some feedback and help. The goal, in other words, isn't to be exactly scientifically accurate; but I'd like it to be close enough without destroying the flavor and setting and awesomeness...? If that makes sense. And I'll mainly be talking on points I don't quite understand.

Put basically, the premise is a world where there is a secondary, semi-liquid atmosphere where most life exists.
Chemically, it's the same as (or interacts as similarly as possible as) our normal gaseous atmosphere.
But mechanically, physically, it exists in a stable liquid state.
Codename: 'Misora', Japanese for 'Sea-Sky'

The effect I'm trying to produce is such that it's similar to living underwater, but it's breathable, burnable, similarly soluble, etc. But however I justify it, priority will probably go to how cool it is, and I prefer to fudge something a little if it just makes it unlivable. Because that's much less cool. Unexpected ramifications are bonus points.

There is also an outer gaseous atmosphere, but aside from being a little more volatile, less uv protection, etc. it's pretty much the same. Just enough that it's not quite as suitable for life; less moderate, more arid, etc. So I won't really explore that much yet. (Comes much later in the story, in other words.)

0) I need a name for this substance... it's getting tiring. My current code-name is 'Misora', the japanese word for sky-sea. But I don't like it as much.

1) It creates surface tension between both air and water, and is only dense enough to still be considered a liquid. This creates an effect with water sort of like decreased gravity; say, if you're ringing out a rag in space, it will create a bubble of water around the rag. In other words, it's just a titch 'stickier' to itself than you would see normally? 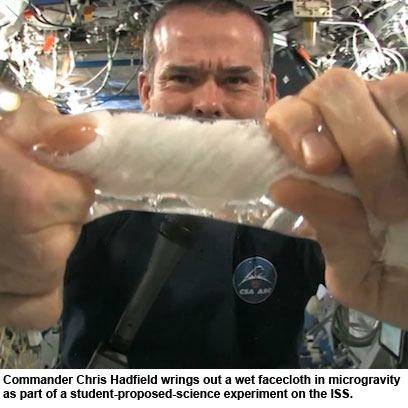 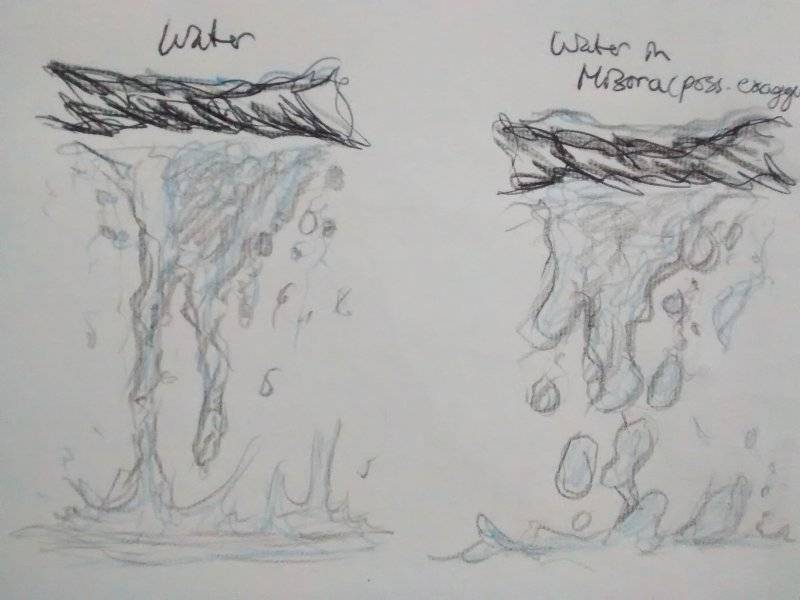 And most gases soluble with air would similarly be soluble with misora; so most wouldn't appear as bubbles, or would dissolve into it as it rises.

Ideas for novel I'm writing! I would love some insight on a concept!