Switches, Pots, Displays for DIY projects - Some ideas, some questions

Looking for and sharing ideas for cheap, easy to implement Switches, Pots, Displays for DIY project panels, that won't look like prototypes when finished.

Many times, we might have a great idea for a DIY project/mod, but getting an interface panel together with any needed Switches, Pots, Displays, and getting them in a case can be a pain. Right now, I'm thinking about a project/mod I'd like to share with a hobby community, but many of these people may not be all that technically minded or handy with construction, or would want something as plug-and-play as possible. Or if just for ourselves, a project might involve several iterations, and rewiring switches, LEDs, etc is a pain. So here are a few options I've come across, hopefully others can come up with more/better ones:

A) Korg NanoKontrol2 - This is a USB device designed for digital musical instruments using the MIDI protocol (over USB). MIDI has been adopted for many general purpose tasks. It is about 3.5” x 13”, and has 8 faders (linear/slide pots) with three momentary buttons/LEDs for each slider, 8 pots, and a few more 'transport' buttons. The ID# and value for each control can be configured and stored. It is very flexible, there are a few similar products on the market.

PROS: Lots of controls! Nice looking, relatively cheap considering power (~ $75), and can easily be re-purposed, re-configured. Powered by the USB.

CONS: Too expensive for small projects. Requires a USB host, so not for a discrete design, and I'm not aware of any cheap/reliable USB Host capability on Arduino, I think you need Raspberry Pi minimum? I wish they left space and a removable cover to easily label the controls. Though it's small enough that you could print a legend and attach it above/below the controls and it wouldn't be too bad.


Focusing more on Arduino projects, I've found some promising things, some very cheap, but none that I'm all that happy with. I haven't tried these yet, just investigating. On the positive side:

B) LCD multi-line Displays: For small projects where you might just want to get a few words of prompts/status, I'm impressed with the 2 Line x 16 Char, and 4x20 LCD displays. These can be found with I2C interface, using only two I/O pins from your controller (pins are often at a premium on these Arduino boards). And multiple I2C devices can be added to those same 2 pins by address selection jumpers on the device.

Search “I2C 16X2 Character LCD Arduino” will bring them up shipped to US for ~ $5 or less (ebay or ali-express), and the 4Lx20 for a few bucks more. Make sure they include the I2C board, it is an add-on to the LCD. 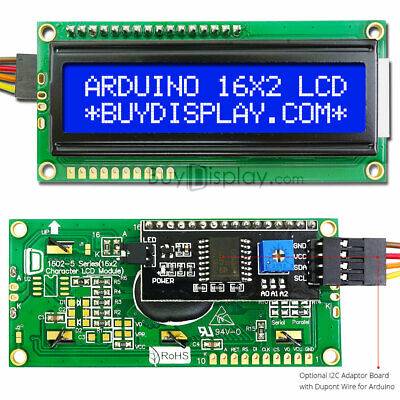 C) Switches/Pots w/LED feedback: I'm not finding much here, and what I've found has bare switches that would take some work to get packaged up in a decent looking project. Since the Arduino world is mostly hobbyists, I'm surprised they don't offer nice cases and knobs for sale, to make a few extra bucks on this low margin stuff. What I'd like is maybe some modules of 4 slider/pots/switches/LEDs like that NanoKontrol2 above, but just bare I2C interface, with optional front panel/case. Combine them as needed for a larger project.


This one is interesting, it's not I2C, but uses three pins and there are libraries. Eight switches, eight LEDS, and eight 7-segment displays. It can detect simultaneous keypresses., and just ~ $2 each 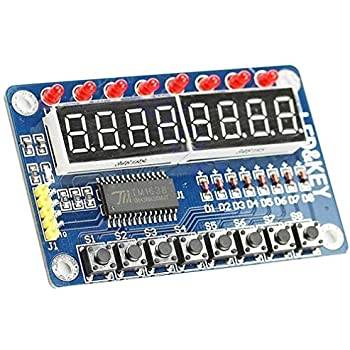 That's actually quite suitable for one project I'm considering, but as I mentioned, getting a case and some sort of switch cover together might take some effort.


D) Resistive touch screens (w/o display): I was intrigued by these. Pretty cheap and easy to interface to, 4 pins switched to source/measure the X/Y. And this adapter converts it to I2C:


About $9 for a 6” touch screen. You could have a printed background for static applications:


E) But sometimes you want physical switches. There are push-button and membrane 3x4 and 4x4 with the row/column wires, and there are I2C interfaces for those. 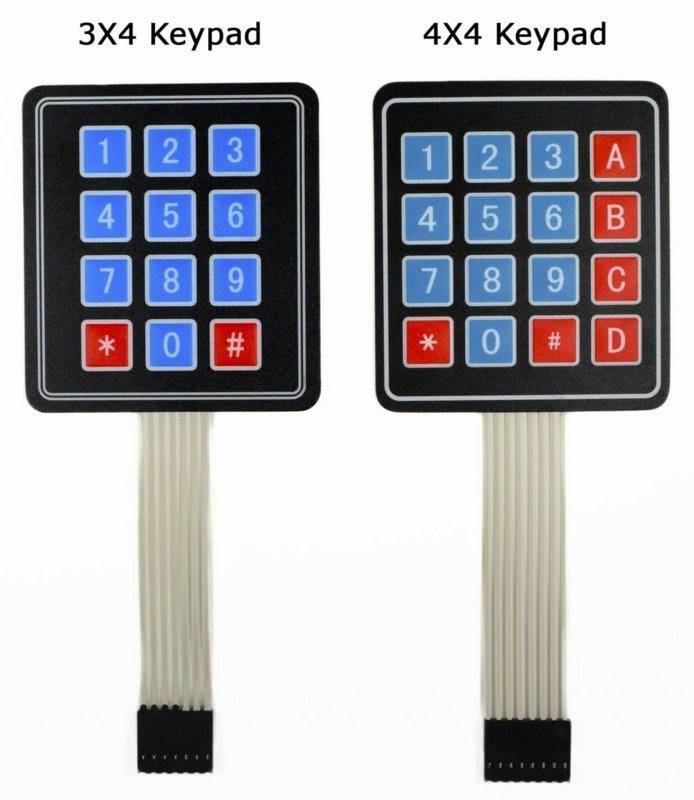 Then there is the full touch screen over LCD approach, but that's beyond the scale of the kind of projects I'm looking at.


Anyone else have ideas for modules like these that are easy to adapt to make a DIY look good w/o too much work?

Check out Crystalfontz. More spendy but good stuff. I've used them. Graphics displays and such. Google them. Storm interface makes some tough keypads for data input. Have any ideas for enclosures?
berkeman
Mentor

Averagesupernova said:
Have any ideas for enclosures?

I've been happy with Pactec enclosures. They have a wide variety, including some hand-held size boxes that include built-in 9V battery compartments. They also offer semi-custom design services that I've used for small-volume pre-production runs: 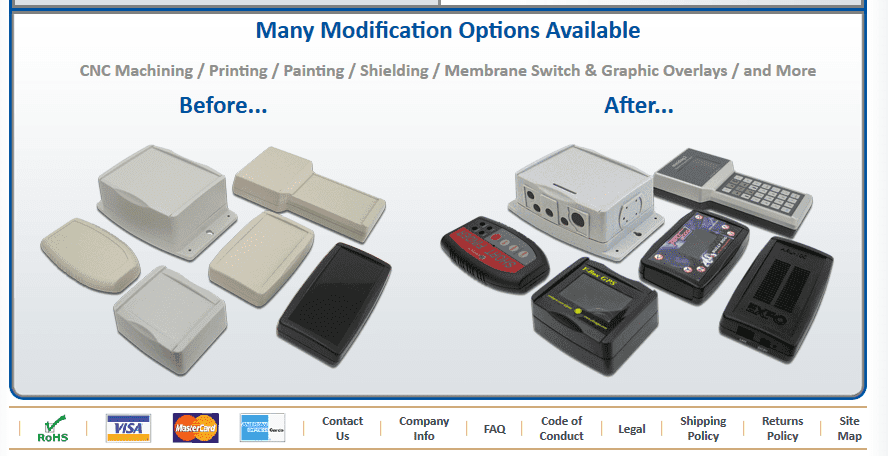 I've also used LMB enclosures for more industrial-strength fixtures, like we use in our Manufacturing Test area at work: 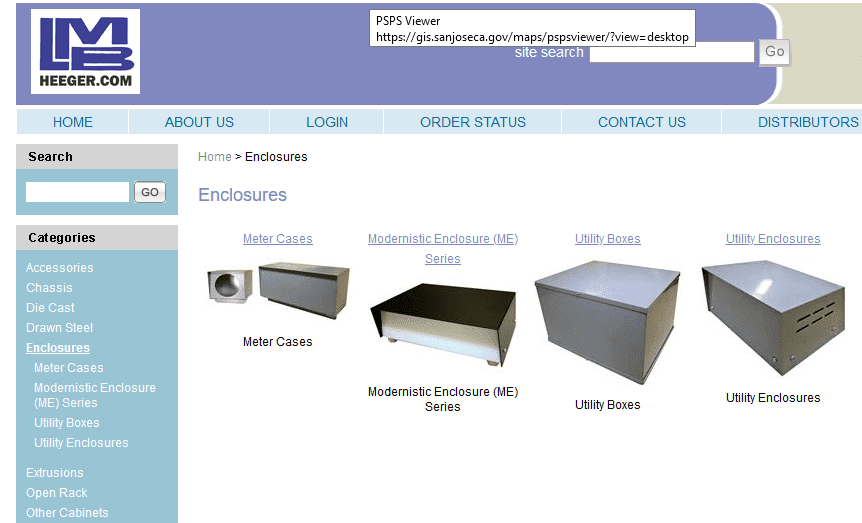 An update: I ordered a few of most of the things in my OP (not the keypads) from cheap China slow-shipping sources, then got anxious and ordered a few of the Pro-Micro controllers and the 8-SW/LED/Seven-Segment boards from US sources to get them faster.

I'm really impressed with the Pro-Micro, tiny little board, < $4 with shipping on Ebay, and supported with the Arduino IDE, programs upload over USB, so no extra stuff required for programming.

The 8-SW/LED/Seven-Segment board is nice as an all-in-one solution for many projects. There's an easy to use library for it, so reading the switches, and setting LEDs and writing to the display is pretty simple. You can do some limited alpha on the 7-Segment, that's all in the library. The switches are tightly spaced which is a pro/con depending on what you want to do. One disadvantage is that it takes 3 pins to drive, and if you want to hook up a second, you can share 2 of the pins, but need an extra pin for the STROBE for each added module. But if that's all you need, it's really a nice little package. As I mentioned, a ready to use case would be nice, to provide a window for the display/leds and especially to provide some switch covers/caps, these are just surface mount switches with a tiny button top.

Then the LCDs came in. Wow, for just a ~$4~$5, these are a big step up from the 7 seg (though smaller characters), with full 5x9 x character support. These have I2C interfaces, so you can connect multiple devices on just 2 pins (each device needs a unique address, most devices come with an offset base address depending on the type, with 3 jumpers to select 0~7 addresses higher than the base). Also an easy to use library in the Arduino IDE.

Now if I were just faster at programming in C/C++ (I guess the Arduino IDE is a mix?)!

I also got a couple of the touch screen overlays, have not played with them yet.
berkeman
Mentor

An update: No pictures quite yet, but I hope to start a new thread soon on a project that these things inspired, and that should be picture (and video/sound) worthy.

My evaluation attempts really are not picture worthy, I screwed the TM1638 (SEGMENT/LED/SWITCH board) to a 1x4 pine cut-off scrap, and soldered the 5 wires to the tiny Arduino Pro-Micro. A momentary reset switch is handy for programming, and the first thing I found in my box was an old paint-spattered doorbell switch, with wires attached - done!

Then I wanted to add a pot for my evaluation, attached one on a little "El" bracket I screwed into the side of the 1 x4, then another on another side. Yes, a real thing of beauty! But it served it's purpose, I got a chance to check out all these devices. The TM1638 has tiny push-buttons, ~ 1/4" spacing, so not really too great for regular use, but it should be easy to just tap in a nice switch if you want.

I end up using pots as selector switches, I just divide up the readings into as many settings as I need. This Pro-Micro has 9 analog inputs that can be routed to a 10-bit ADC. That's easier than wiring switch contacts, and more flexible, and the same component can be used for any number of settings.

I'll reiterate that I'm really impressed with all these things, just unbelievable to me at prices of a few bucks a piece. I got pretty far with my original project, I'm now just thinking which direction to take it. But then I got inspired... (the project I'll start a new thread on)

I was cleaning up the basement, and came across the mechanical clock/chime movement from the Mantel Clock I made from a kit for my wife early in our marriage (30 years ago?). The clock stopped working after, I don't know, maybe 5-6 years. I figured a repair would be expensive, and who knows how long it would last, so I just slipped a cheap quartz battery clock in there - keeps near perfect time, but no chimes! And no, I didn't want those electronic chimes. Every once and a while, I'd think about making a timing circuit that would pulse the balance wheel once a second or something, figuring that would boost it enough to overcome friction. But you'd still need to wind it, and eventually something would break.

So this little Pro-Micro inspired me - I've programmed a clock, and it will drive solenoids to lift/drop the eight hammers that hit tuned tines (similar to a Fender Rhodes piano). This was after I considered a motor to drive the cylinder that plays the tunes now, but 8 solenoids gives me flexibility. And the motor would need to be a stepper, or include detectors to know where to stop it for each of the quarters, and the hour chimes are a different mechanism. The solenoids seem the way to go. I purchased them from eBay slow boat delivery, so I'll have a few weeks to work on the rest of the code and other projects.

Here's the solenoids I just purchased. The chime hammers weigh ~ 3 grams, and are lifted about 12 mm, then they just drop to hit a tine under them. Seems things are balanced and springy enough that they bend down just far enough to hit once, and bounce up, and don't have enough spring to hit a second time. They just rest above the tines. I'll probably lift at the middle, so ~ 6 grams force and 6 mm travel. I've had fun working out the details, and I think my wife will be thrilled at having the chimes again, after 20 years or so! 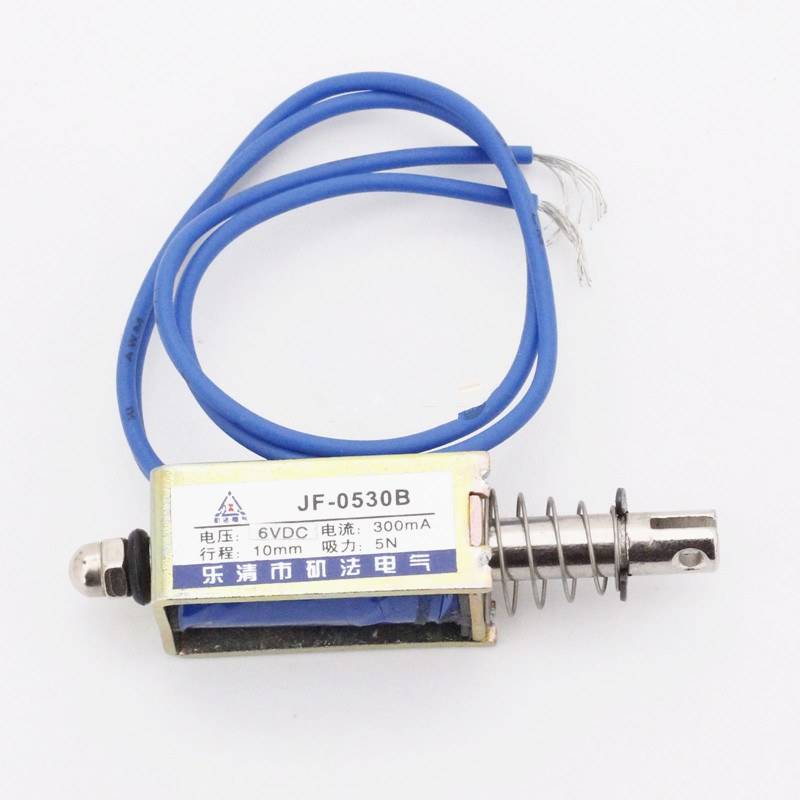 Related Threads on Switches, Pots, Displays for DIY projects - Some ideas, some questions

Suggestions for a hobby DIY project?