There is a conductor; a metal pole say, in between a north and south magnets. North on the left, south on the right.

The conductor is layed out in such a way that it is perpendicular to the magnetic field lines going from north to south. Let's label the metal poles X for the TOP of the pole Y for the bottom.

There was a force exerted on the conductor in the UP direction, lifting it.

A current was induced due to this force, which way was the current flowing? 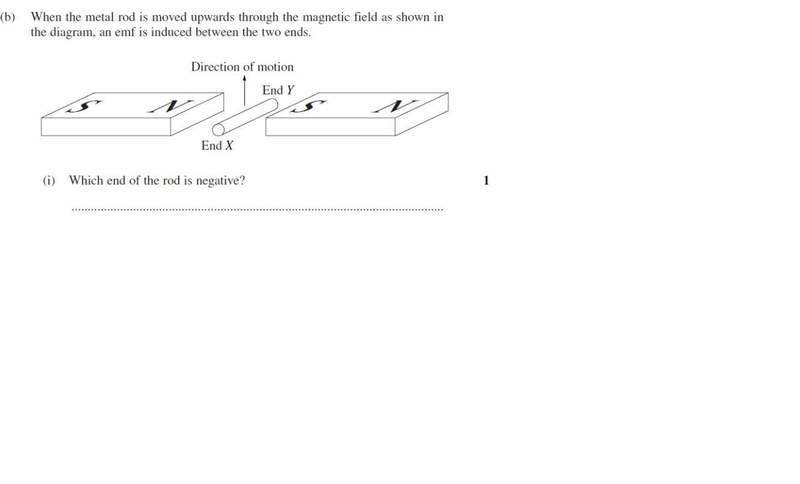 From the "left hand rule" (basically if magnetic field is in one direction, the force is perpendicular to it, and the conventional current is flowing perpendicular to them both, its a pretty common rule)

Im lead to believe that the current will be flowing from X to Y.

HOWEVER a conflicting idea caught me. If the FORCE exerted to LIFT the object was in the upward direction, wouldn't that mean that the induced current would create a magnetic field to OPPOSE this change? Thus wouldn't the force actually be DOWNWARDS?

Here's a picture:
Not sure if itl'l work, thus i included a description above

Direction of the induced current