Emission spectroscopy of an acetylene flame

For a minimum of oxygen, we get the following spectrum: 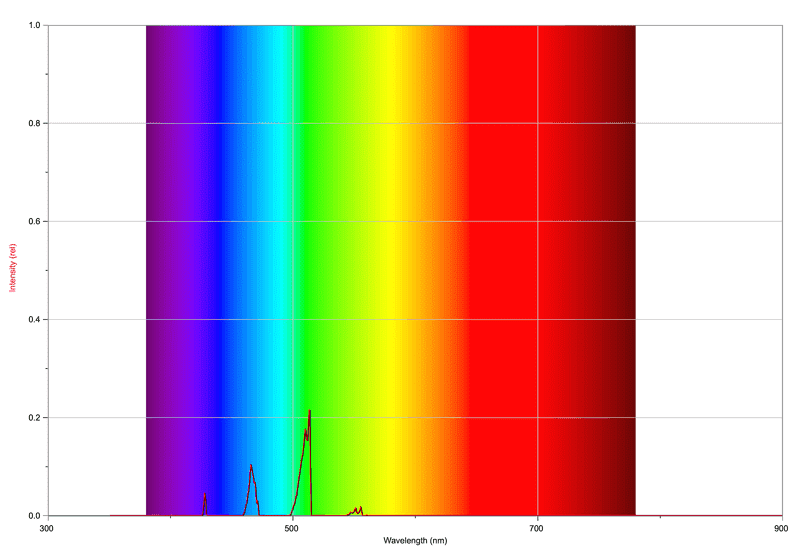 So far, so good. The peaks are as far as I understand from CH & C2 in the combustion of acetylene. The flame has a nice blue colour to it.

The fun begins when we start to increase the amount of oxygen in the fuel mix: 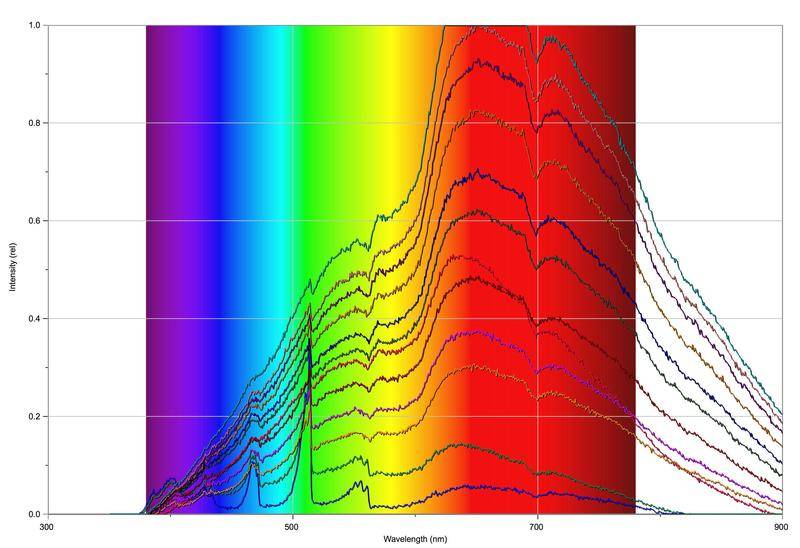 If anyone can shine some light on this and give some explanation for why the intensity increases the way it does for increased oxygen, what's causing those dips and why the spectrum takes on the form of BB radiation for increasing oxygen content in the fuel, I'd be more than grateful.

Matthew Adams said:
As you might expect, the flame also grows more orange/yellow and more sooty, the more oxygen that's fed into the mix.

That is not what I would expect to happen . Increasing Oxygen flow relative to a fixed Acetylene flow just causes flame to burn cleaner and more intensely until such time as flame becomes unstable and either blows out or you get lighting back into the burner tube and supply hoses .

Acetylene is getting carbonised inside the hot tip zone of the burner tube .

Metal from the burner tube is being vaporised .

Lighting back is severe and bits of the seal rings and supply hoses are burning .

Please note that there are some serious dangers in doing this experiment . If not already fitted I suggest that you install spark and lighting back prevention devices before proceeding further .
Nidum
Science Advisor
Gold Member

Suggested for: Emission spectroscopy of an acetylene flame

B Light determination for emission spectrum

I Spectrum of emission in photoluminescence

Why is the Emission Spectrum the same every time?