LaTex to Work With Symbolic Expressions

Summary:
I'm curious if there's a tool out there to work with symbolic expressions (defining, substituting, solving), but with a natural display using LaTex as opposed to a coding language.

For many of the problems in my engineering courses (as well as other STEM courses and maybe even in industry), much of the work is in algebraic manipulation of equations. These problems could be solved using by using symbolic expressions in a coding language like MATLAB. However, it is very clunky to copy those equations over and write the code to solve the problems, is prone to mistakes, and is much more difficult for others to see the steps. Is there an interface which has the basic functionality (defining variables and equations, substitutions, and solving in terms of a variable), but is natural to write and read in? I was imagining using something like Math Quill so the user can write the equations in directly. If it were a site, I think it would also be helpful to allow people to share and build off of what other people made on the site, and to allow people to export it as code.

SymPy in a jupyter workbook?
person123

SymPy does seem very neat. I was thinking of something a bit more like Desmos as used here (the graph part isn't relevant), but where you can also define and use systems of equations to solve for symbolically.
robphy
Science Advisor
Homework Helper
Insights Author
Gold Member

Mathematical Handwriting recognition is getting better.
Eventually, the input can be given to a symbolic calculator [like Wolfram Alpha] to be solved.

first (or second?) steps in that direction:

I would very much recommend that, too. It has very good documentation.

Maybe to add to this, it it worth mentioning that when execution speed becomes a problem (as it sometimes does, for me), you can use SymEngine.py to let SymPy use the computational power of SymEngine. This can indeed all be done from Jupyter notebooks, if you like.
person123

I was actually thinking of something very similar to fxsolver (I just found it now) where you have common equations to choose from and you can also make your own (it also allows for unit conversions, which is something else I was thinking of). However, it seems fxsolver is difficult to build off of (the links would get very confusing if you started adding more equations for example).
pbuk
Science Advisor
Gold Member

I was thinking of something where you could define systems of equations and build off of them. Here would be a simple example for a projectile motion problem: 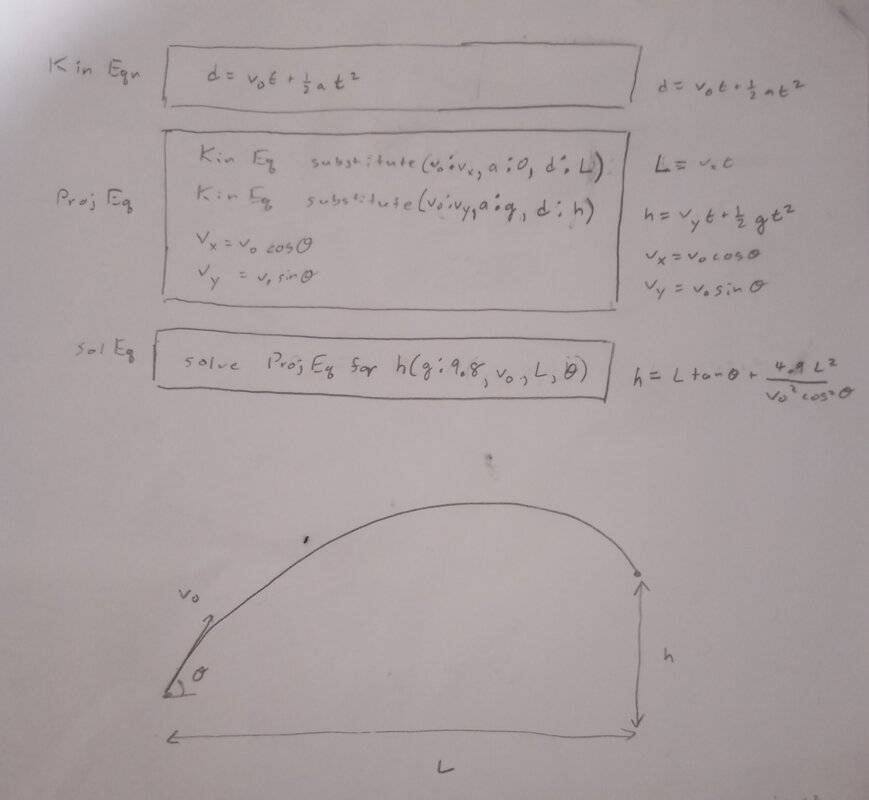 Related Threads on LaTex to Work With Symbolic Expressions

LaTeX A Symbol in Latex