TL;DR Summary
Mars used to be wet, but is now dry.
The usual explanation is that the water was blown off, like the atmosphere, by the solar wind, after the planetary magnetic field went away (aided by Mars's lower that earth gravity).
Additional water may be stored, hydrated in minerals of Mars's crust.

The solar wind driven removal of water from Mars can only explain a portion of the water thought to have once existed there.

This process, indicated by the D/H ratio of normal hydrogen to its heavier form (deuterium) of Martian hydrogen, can only a count for the lower estimates of Martian water volumes.
Among alternative explanations, is a proposal that much water is tied up in hydrated minerals in rock of the crust.
Science mag news article.
Science research paper. (maybe open access, I can't tell)

Hydration of rocks in the crust is well known on earth. On earth, it has been proposed that 1/2 of the volume of the current oceans is tied up in crust minerals. Near surface hydrated Earth minerals are recycled into mantle rocks, by processes driving plate tectonics. This liberates some of the water bound to subducting minerals as volcanic gases.
This is not a process that goes on on Mars, indicating water in hydrated minerals might be irreversably trapped there on Mars.

Picture of their model: 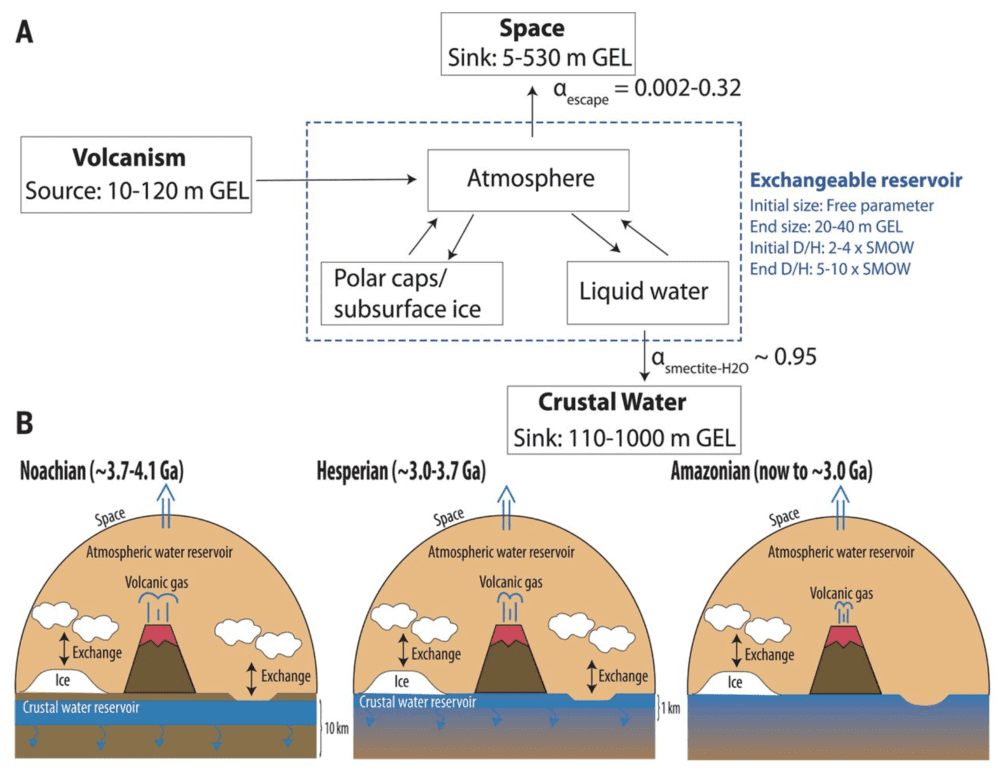 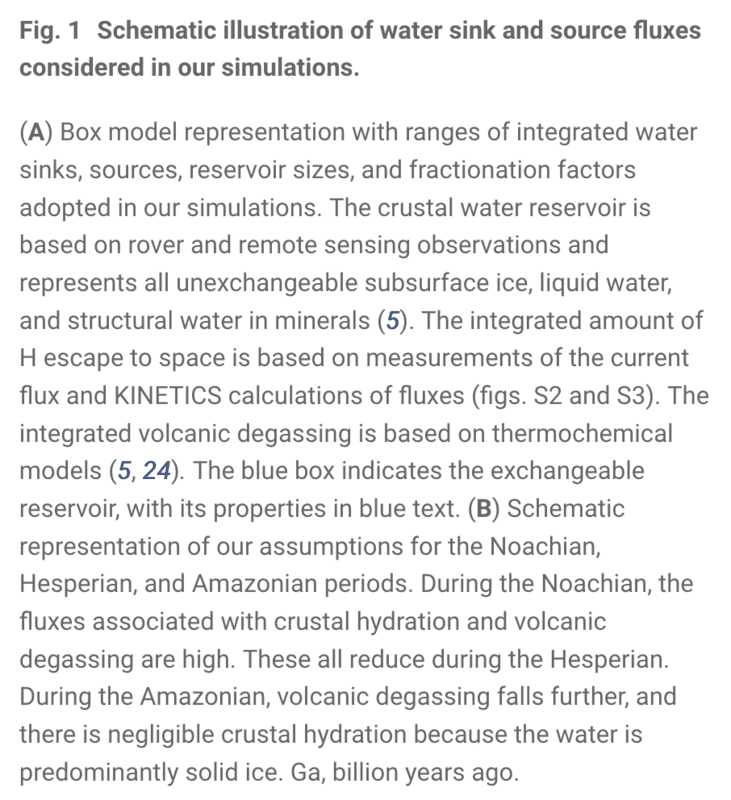 Kinematic viscosity for water on Mars

Mars had a Great Oxygenation Event, just like Earth did.

How surface water flows in the US

Do equations for groundwater flow refer to water density?