As far as I understand,

Data-centric means:
Strong means:
this link has a good and easy to follow example. But, I a confused about one thing.

In the first image, he is showing only one data-store: 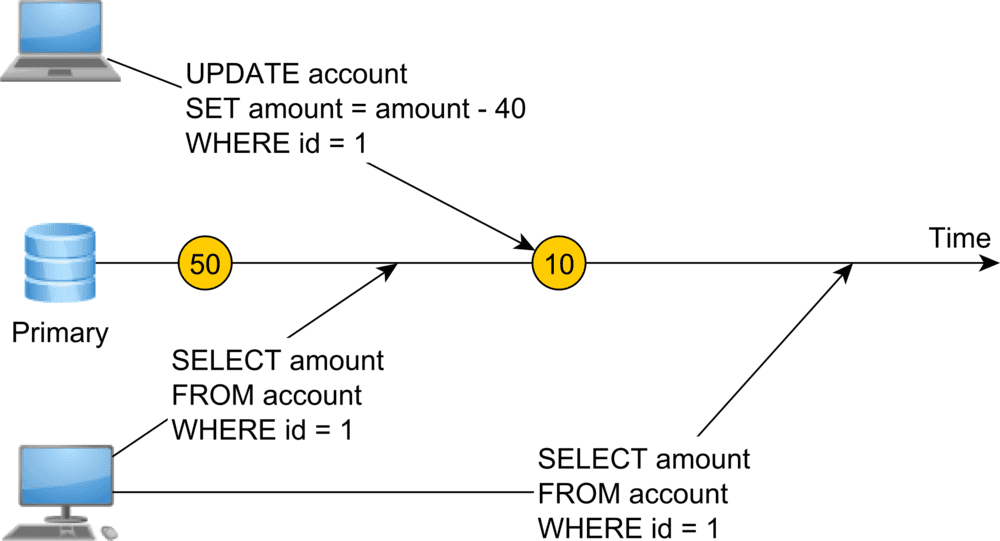 But, in the second image, he is showing two data stores: 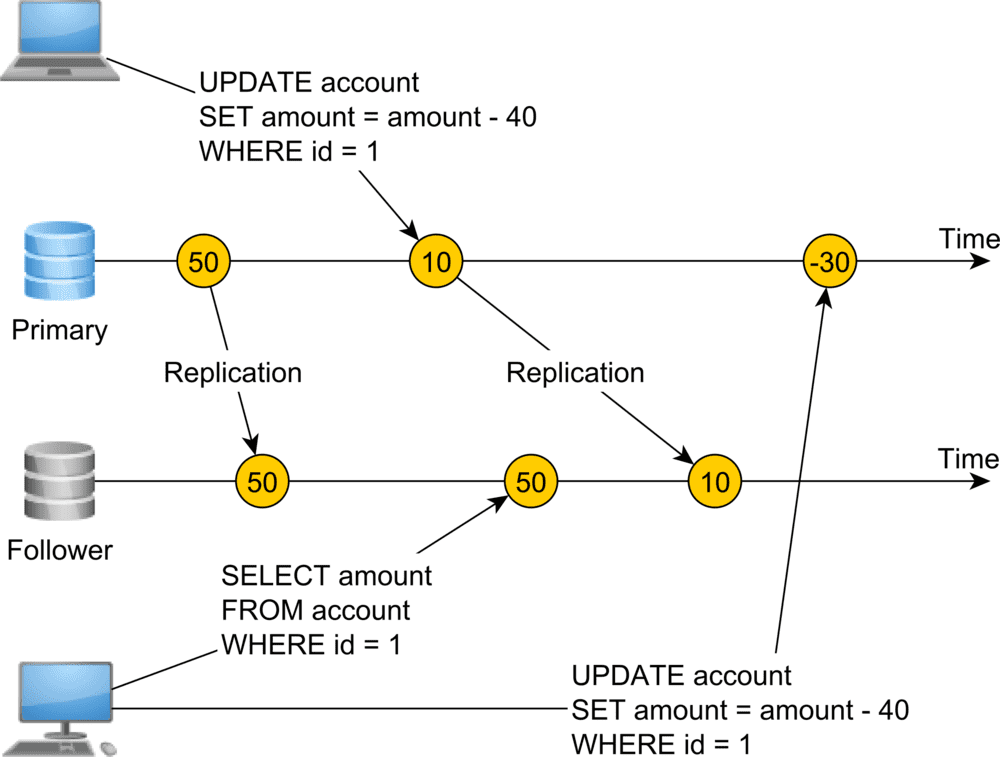 Isn't it possible to show the example with only one data-store in the second case?
Last edited by a moderator: Apr 30, 2019

user366312 said:
Isn't it possible to show the example with only one data-store in the second case?

This time, we don’t have a single registry or a single source of truth. Our system uses asynchronous database replication, and we have a Primary node that takes both reads and writes and a Follower node used for read operations only.​
​
Because replication happens asynchronously, there’s a lag between the Primary node row modification and the time when the Follower applies the same change.​
​
One database connection changes the account balance from 50 to 10 and commits the transaction. Right after, a second transaction reads from the Follower node, but since replication did not apply the balance modification, the value of 50 is read.​
​
Therefore, this system is not linearizable since changes don’t appear to happen instantaneously. In order to make this system linearizable, we need to use synchronous replication, and the Primary node UPDATE operation will not complete until the Follower node also applies the same modification.​

​
You must log in or register to reply here.

Computer language learning for a layman

Fortran An advanced example in fortran 77