I just finished my personal statement for physics REU applications, and I was wondering if anyone would be willing to read it and give it some critiques or general advice. If accepted, this will be my first REU. I'm applying to 10 schools.
Thanks!
***
Physics never actually caught my eye until much later in life. I think that my current passion for physics can be traced back to two points in my life that serve as the impetus. One of them was when I was in community college, and the other was when I was abroad.

In community college, I found that I enjoyed math and was relatively good at it, so I started working as a math tutor with the college. Over time, I started to notice that I had a strong preference for tutoring the math topics that I hadn’t actually learned yet. I found it very invigorating to work with someone to solve a problem that I initially didn’t actually know how to solve. For me, it stopped being a rote series of computations, but an exploration in problem solving. However, I didn’t realize at that time how this desire to engage new problems was related to physics until I took a trip to the Royal Observatory in Greenwich, England.

As I toured the grounds in Greenwich, I learned of an entire community of people who loved solving problems, and did it for a living. This was something I already knew, but I believe it was the way in which the information was relayed to me that caught my attention. Instead of learning about great physicists and what they created, I saw their creations first, and learned why they wanted to make them. This gave me an entirely new perspective on what physics was, and what it’s value was. It became clear to me that physics was a way to understand reality in such a way that they could then use this understanding to benefit the world. At this realization, I was hooked.

After the observatory visit, I quickly found myself gravitating towards the night sky. I love the mystery behind how the universe works beyond our planet. I find that learning about the distant stars and galaxies, and their idiosyncrasies, is a lot like learning of a brand new place you’ve never been to, but really want to visit. It’s mysterious, it’s exciting, and it’s new.

Over the past semester however, I’ve realized that there are so many other new and mysterious things to get excited about in physics. For instance, this past January I worked alongside one of the physics faculty at my college to determine the energy required to extract carbon dioxide from manganese carbonate. This was done via ramen laser at different temperatures and energy levels, and my main role was to analyze the images given by the microscope. Specifically, I was tasked with finding the area of the leftover manganese oxide at the point of contact with the ramen laser, and comparing it to other samples. I found this research to be very exciting because of it’s potential to bring new information to the world about the nature of carbon dioxide extraction.

I loved the research I did so much in January, that I decided to work with another professor on a research project they are currently involved in, but in a completely different capacity. The faculty member is working with a microwave spectrometer, and having issues regulating the pressure in the system. So I’ve been tasked to develop a micro-controller that will monitor the pressure in the spectrometer and manipulate a flow valve to equalize the pressure at a desired value, much like a household thermostat. So far, I love the work that I’m doing. I’ve never built a micro-controller before, nor had much experience with electronics, but I am really enjoying the opportunity to work on a problem well outside of my comfort zone. I feel that I have already learned so much, and I’m very excited to continue this project through the semester.

These experiences have helped me to grow tremendously as a physics student, and aspiring physicist. I would really like to be a part of your research team at (university) this summer, and I feel that I would be a great contribution to the team. I’m very proficient in python programming, I’m comfortable with Linux and writing in Latex, and I’m currently learning C++. I know how to use various image analysis software, such as ImageJ, and OriginLab. I’m also currently learning how to build electronic circuits and manipulate physical instrumentation with robotics. I have a passion to learn new things, and a desire to solve new problems. Please consider me as a valuable resource for you this summer.
***

Have you checked online for examples and dos and don'ts?

I found these sites to reference:

Remember you want your statement to stand out. Perhaps you can find someone at your school to review it as well. Perhaps a prof or some academic advisor.

I'm thinking you need a powerful first few paragraphs so instead of saying:


Physics never actually caught my eye until much later in life. I think that my current passion for physics can be traced back to two points in my life that serve as the impetus. One of them was when I was in community college, and the other was when I was abroad.

Try to drum up some excitement:

While I've always had an interest in math, science and in solving problems, it was my trip to Greenwich that brought my life into clear focus and I realized that I've always wanted to be a physicist...

My attempt is pretty lame but its trying to make it like a flash of inspiration came to you when you visited Greenwich and BAM you realized it was physics that you'd been searching for.

I have to tell you that I struggled mightily trying to write when I was your age and in school. Even after sixty years, I still find it difficult to write what I want to say that's as personal as an REU can be.

My son prefaced his personal statement to college with the Rudy story which he really liked. Unfortunately, for him thousands of kids felt the same way and did the same thing. Making it easy for colleges to reject their personal statements. We know this because his cousin , a few years older and already in college got to review many of these statements and told us how they were evaluated.

Basically, you want it to be novel, exciting and unique so that they can't reject it.
gmax137
Science Advisor

astroman707 said:
This was done via ramen laser ...

Ugh, is that some sort of noodle dish?

Some people don't care about such mistakes, but others will bin the document immediately. "If it is almost right, it is wrong."
jedishrfu
Mentor
Insights Author

gmax137 said:
Ugh, is that some sort of noodle dish?

Some people don't care about such mistakes, but others will bin the document immediately. "If it is almost right, it is wrong."

That's a great catch and a good example of what happens during the review. Most of the time they look for a reason to reject it so they can move along and go home. There was a book published some time ago called The First 5 Pages detailing how book reviewers looking for the next great novel would quickly reject manuscript after manuscript:
- it was hand written
- it was on notebook paper
- there was a spelling mistake in the first sentence.
-


Amazon.com Review
The difference between The First Five Pages and most books on writing is that the others are written by teachers and writers. This one comes from a literary agent--one whose clients include Pulitzer Prize nominees, New York Times bestselling authors, Pushcart Prize recipients, and American Book Award winners. Noah Lukeman is not trying to impart the finer points of writing well. He wants to teach you "how to identify and avoid bad writing," so that your manuscript doesn't come boomeranging back to you in that self-addressed, stamped envelope. Surprise: Agents and editors don't read manuscripts for fun; they are looking for reasons to reject them. Lukeman has arranged his book "in the order of what I look for when trying to dismiss a manuscript," starting with presentation and concluding with pacing and progression. Each chapter addresses a pitfall of poor writing--overabundance of adjectives and adverbs, tedious or unrealistic dialogue, and lack of subtlety to name just a few--by identifying the problem, presenting solutions, giving examples (one wishes these weren't quite so obvious), and offering writing exercises. It's a little bizarre to think about approaching your work as would an agent, but if you are serious about getting published, you may as well get used to it. Plus, Lukeman has plenty of solid advice worth listening to. Particularly fine are his exercises for removing and spicing up modifiers and his remedies for all kinds of faulty dialogue. --Jane Steinberg

And something about the book:

In some sense, you're writing a story to convince someone that you are smart, creative and have a passion for your subject. The REU is your chance to do just that. However, don't fear or fret it instead write it, come back in a couple of days read and re-edit and maybe do it once again in a couple of more days and then that's it send it out.

Oh yes and be mindful of rambling. Prof Strunk of the Elements of Style book once said:


“Vigorous writing is concise. A sentence should contain no unnecessary words, a paragraph no unnecessary sentences, for the same reason that a drawing should have no unnecessary lines and a machine no unnecessary parts. This requires not that the writer make all his sentences short, or that he avoid all detail and treat his subjects only in outline, but that every word tell.”
― William Strunk Jr., The Elements of Style

One other point, there was guy on TED some time ago talkng about procrastination and he had a great humorous take on it:

Imagine writing something like that as an REU.
berkeman
Mentor

astroman707 said:
This was done via ramen laser at different temperatures and energy levels

gmax137 said:
Ugh, is that some sort of noodle dish?

No, no. He's spelled it that way on purpose -- it's the latest thing! 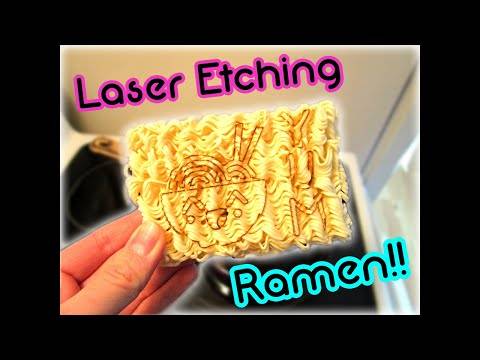 Looking for physics internships requiring one letter of recommendation

Programs Should I major in Physics & Astronomy or Physics & Math?