I have a question about simple harmonic motion: 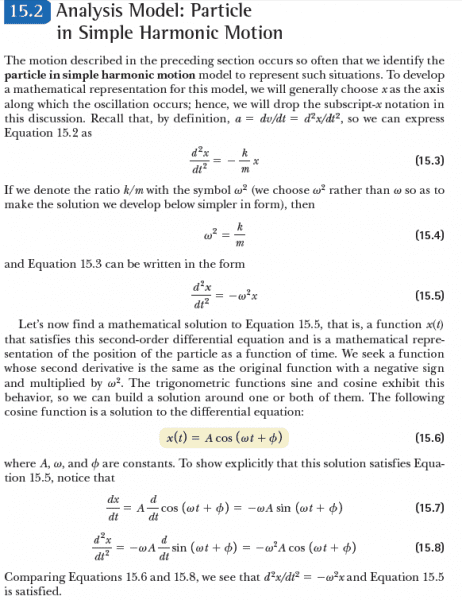 Where it says " if we denote the ratio k/m with the symbol omega squared ... ": I know it says that they chose omega squared to make the solution simpler, but I mean, to me it doesn't really make sense. Omega is associated with angular speed, so how can they just make a relation between angular speed, k and m, as they did above, without justifying it?

At the point where the substitution is made, no assumption is made about what omega will represent in the real world. When the solution is obtained, it becomes clear that it corresponds to angular speed. Of course, the choice of omega as the symbol, and ##\omega^2## as the specific substitution, is because the author knows that's how it will turn out.
Share:
Share