What's the smallest nuclear reactor possible in terms of size and/or weight? What kind of power output could it achieve?

I am guessing something close to the power sources used on the Voyager space probes.: https://en.wikipedia.org/wiki/Radioisotope_thermoelectric_generator

Their initial power was 62 watts.

Of course, some people might say they were not reactors, which leads to a debate over the definition of reactor.

It's somewhat related to science fiction. I was wondering if a small nuclear reactor could be a good alternative to solar panels and radioisotope generators for space power applications. Historically only a few nuclear powered spacecraft have flown: SNAP-10A for the United States and a series of Soviet nuclear powered radar reconnaissance satellites in low Earth orbit (Soviet designation US-A, Western designation RORSAT). Wikipedia claims that nuclear reactors are competitive with radioisotope generation when power requirements exceed 100 watts, but that doesn't indicate how small they can get. It also isn't applicable for other forms of transportation, all of which have their various nuances.

It seems that nuclear reactors can reach quite small sizes though. The SNAP-8 developmental reactor core was a 1 MWt compact sodium-potassium cooled reactor that fed a mercury Rankine turbine (photo source). 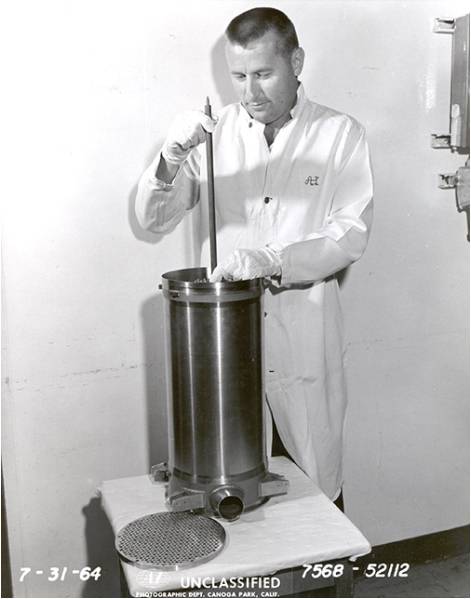 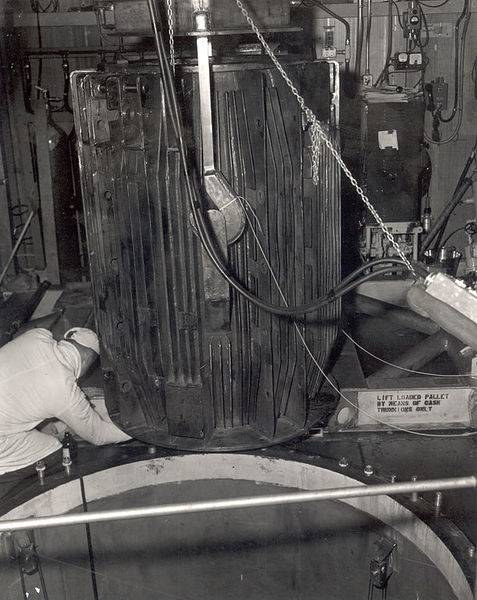 I'm sure that NASA has researched those questions ad nauseum for both manned and unmanned space missions. Perhaps some other PF member can provide links to NASA published papers on that topic.
Dennis Jasbey

The ultimate problem with NASA, or any space agency, using nuclear powered anything is that there's still a significant rocket failure rate. Which when the result would be radioactive fallout going everywhere a significant rate is anything over zero.
Dennis Jasbey

No special problem with launch failure--

There will be no radioactivity until the reactor is activated.

That won't happen until the reactor is in orbit or on the moon or on Mars, or on some other deep-space mission.
Bigjoemonger

There will be no radioactivity until the reactor is activated.

That won't happen until the reactor is in orbit or on the moon or on Mars, or on some other deep-space mission.

You do understand that reactors are fueled by uranium/plutonium/thorium, all of which are radioactive, right?
Dennis Jasbey

You do understand, don't you, that uranium is one of the most common elements in the earth's crust, and that it is sitting underneath the basement of almost every house. Do you think that everybody should abandon their homes?

Uranium has industrial uses such as ballast in ships, counterweights in aircraft, and the coloring of glass.
Should everybody refuse to fly commercial aircraft because there's uranium on board?

Uranium is used to increase the weight of ordinances such as artillery shells.
--------------------
As for plutonium, there's no Pu in fission reactors before they are activated, and Pu-239 is not radioactive.

Meanwhile Pu-238, which is radioactive, has been launched as a power source by itself in dozens of space probes-- it's radioactivity is the basis of the power source.

natural unenriched Uranium is actually only slightly radioactive, even enriched reactor grade U is not a big deal as you can see personnel loading it into reactor fuel assemblies without any large protection unlike what happens when they unload the fuel that has been into a reactor and has been used, now this process indeed happens under alot of water and biological shielding, the reason being that nuclear fuel only becomes dangerous once it has been "activated" by gaining critical mass and undergoing a chain reaction, it is actually the intermediate isotopes with short and medium half lives that make most of the radioactivity and mess if spilled.

I'm not saying it would be fine to spill Uranium or plutonium around especially in fine powder form or otherwise, it's still a heavy metal etc, one should avoid eating it or inhaling but it is nowhere as dangerous as activated fuel.
See the "Palomares B52 crash" on google, where they had to recover two nuclear bombs and if I remember correctly one of the bombs had been breached and there was plutonium spilled in a land area which had to be recovered but it was no Chernobyl, nothing even close to it.
anorlunda
Staff Emeritus
Insights Author

Both kinds are reactors, but they are not remotely similar in methods of operations or fuels.
snorkack

Delta Force said:
What's the smallest nuclear reactor possible in terms of size and/or weight? What kind of power output could it achieve?

A somewhat trivial answer is that by definition the power output is zero. So long as you have a nonzero power output, you can make a smaller reactor with smaller power output.
The minimum size/critical mass, however, is nonzero.
Some critical mass data:
https://www.euronuclear.org/info/encyclopedia/criticalmass.htm
You can achieve criticality with just 800 g of U-235 - with good moderator. I have seen the data of what the mass and size would be including the moderator and reflector, but cannot find them quickly.
Metal systems are given with steel reflectors. How does Be compare? Remember that with fast neutrons, Be is fissile.
Spinnor
Gold Member

Are you sure of that number? Your link shows 160W, https://en.wikipedia.org/wiki/Radioisotope_thermoelectric_generator#Models

and this link shows 470W, https://en.wikipedia.org/wiki/Voyager_1#Power

Spinnor said:
Are you sure of that number?

You are absolutely correct. Thank you. I don't know how I got 62 w.


https://en.wikipedia.org/wiki/Voyager_1 said:
Voyager 1 has three radioisotope thermoelectric generators (RTGs) mounted on a boom. Each MHW-RTG contains 24 pressed plutonium-238 oxide spheres.[19] The RTGs generated about 470 W of electric power at the time of launch, with the remainder being dissipated as waste heat.[20] The power output of the RTGs declines over time (due to the 87.7-year half-life of the fuel and degradation of the thermocouples), but the craft's RTGs will continue to support some of its operations until 2025.[

Nuclear waste - is it possible to use it all via fast reactors?