The figure given below was taken from "Nuclear Systems" by TODREAS and KAZIMI. it shows the effect of neutron reflector on the thermal neutron flux radial distribution. 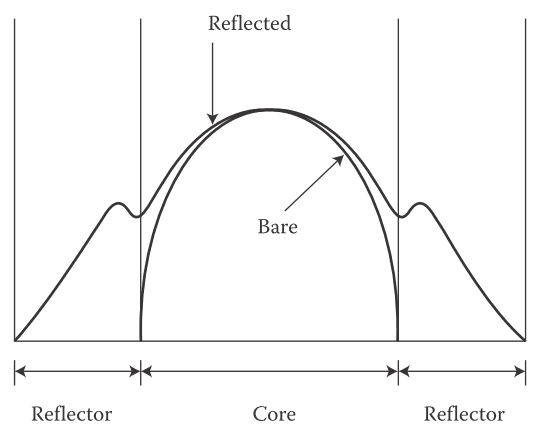 Is this correct? Because it does not show the extrapolated distance. It seems to me that the reflector, somehow, produces neutrons and supplies the core.

This figure gives a bit more detail. You must think of both fast neutrons and thermal neutrons. 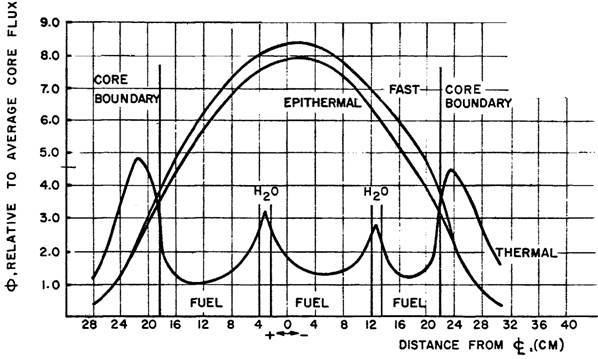 This source shows how to set up and solve the diffusion equations for the core and the reflector.
https://www.nuclear-power.net/nucle...s/neutron-diffusion-theory/reflected-reactor/
The two group case also shows the "reflector peak" in the reflector region. This reference offers the following explanation.

https://www.nuclear-power.net/nuclear-power/reactor-physics/neutron-diffusion-theory/reflected-reactor/ said:
One of the striking results of such solution is that the thermal flux reaches local maximum near the core-reflector interface. This behaviour cannot be derived using one-group diffusion method, because it is caused just by thermalisation of fast neutrons. The fast neutrons, which are produced in the core can enter the reflector at high energy, are not absorbed as quickly in the reflector as neutrons thermalizing in the core, because absorption cross-sections in the reflector are much smaller than in the core (due to the absence of fuel). The thermal neutrons accumulates then near the core-reflector interface, resulting in the local maximum, that is usually known as the reflector peak. This also reduces the non-uniformity of the power distribution in the peripheral fuel assemblies and also reduces neutron leakage, i.e. increases keff of the system (or reduces the critical size of the reactor). This effect can be seen in the following figure. 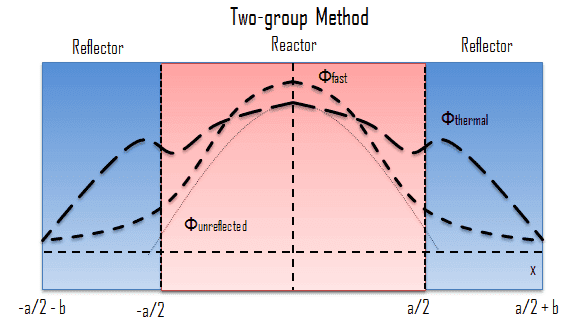 Refer to the plots in anorlunda's response to see the fast and the thermal flux.
Share:
Share

Lithium hydroxide from Li-7 as used in thermal reactors

Does neutron embrittlement pose a real threat in this century?