Consider a simple eddy current AC motor with a disc type or cylindrical rotor (Watthour meter principle). The general theory of torque production explained in textbooks is that two stator magnetic fluxes, out of phase with each other, induce individual eddy currents in the rotor which in turn react with these magnetic fluxes to generate torque. But since these stator fluxes are out of phase, they will also create a net magnetic flux which will be rotating (or shifting) in space depending on the stator poles arrangement (induction motor principle). This in turn will also induce eddy currents in the rotor producing torque.

My query is, which of the above two phenomena are actually responsible (or both) for production of torque in such motors.

Thanks, but this is a very generalised explanation indicating induction motor principle. But in all textbooks they mention only two field reaction theory for torque production that's why the query.
Delta2
Homework Helper
Insights Author
Gold Member

The second mechanism is the self induction of the eddy currents which I am not sure if they can create a "self Torque" and even if they can I think it would be negligible in comparison to the torque from the first explanation.

I think "Self Torque" is not possible, a current cant generate a torque on itself via its own magnetic field, needs an external magnetic field.
Last edited: Jun 12, 2021
b.shahvir

Delta2 said:
The second mechanism is the self induction of the eddy currents which I am not sure if they can create a "self Torque"

I have not mentioned any such mechanism in my thread. These are 2 different theories which contribute to torque in ac motors.
Delta2
Homework Helper
Insights Author
Gold Member

b.shahvir said:
I have not mentioned any such mechanism in my thread. These are 2 different theories which contribute to torque in ac motors.

Delta2 said:
Hmm are you then saying that the eddy currents generate more eddy currents so there will be additional torque (from the stator magnetic field) due to these "2nd generation" eddy currents?

No. You have misinterpreted the two field reaction theory. You can refer some literature on working principle of induction type measuring instruments.
Delta2
Homework Helper
Insights Author
Gold Member

b.shahvir said:
You have misinterpreted the two field reaction theory

two field reaction theory??? This doesn't sound like mainstream EM. I am not sure I want to learn more about this...
b.shahvir

Delta2 said:
two field reaction theory??? This doesn't sound like mainstream EM. I am not sure I want to learn more about this...

It is main stream EE. This principle is used for torque generation in induction type measuring instruments.
berkeman
Mentor

b.shahvir said:
It is main stream EE. This principle is used for torque generation in induction type measuring instruments.

This is pretty confusing for me. Eddy currents are generally a bad thing (waste energy and generate heat). Are you saying there is some useful purpose for eddy currents in some electric motor configurations? And now you mention "measuring instruments" instead of motors. Which are you asking about?

Are you sure that the term "eddy current" is the one you want to be asking about?

As already mentioned at the beginning of the thread, my query is not about commercially available motors.
It is based on an attempt to understand the working principles of torque production by eddy currents. This principle is widely used in induction type ammeters, wattmeters, energy meters, etc. and also induction type protective relays widely used for power distribution network protection.
berkeman
Mentor

Could you please link to a couple such devices so we can get a better idea what you are asking about? Thank you.
anorlunda
Staff Emeritus
Insights Author

Is this what you are asking about?


When current is passed through a galvanometer, the coil oscillates about its mean position before it comes to rest. To bring the coil to rest immediately, the coil is wound on a metallic frame. Now, when the coil oscillates, eddy currents are set up in the metallic frame, which opposes further oscillations of the coil. This inturn enables the coil to attain its equilibrium position almost instantly. Since the oscillations of the coil die out instantaneously, the galvanometer is called dead beat galvanometer.
jrmichler
Mentor

I think he's talking about the spinning disk in an electromechanical watt hour meter like this one: 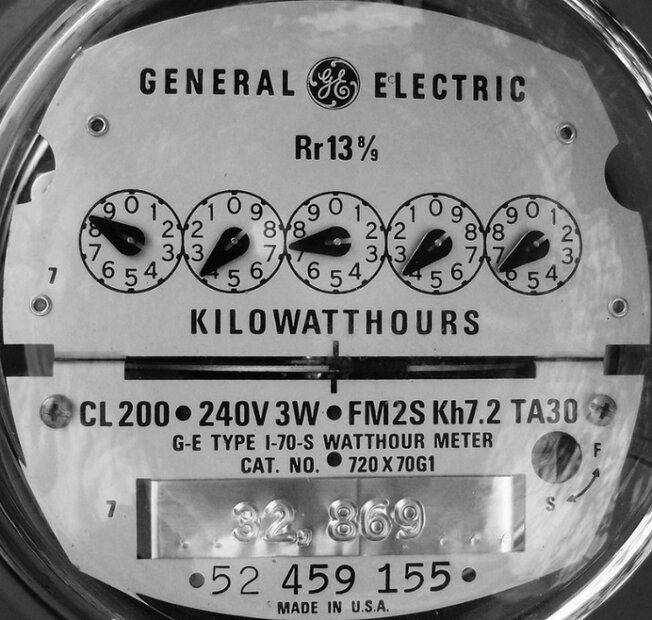 The disk rotates at a speed proportional to the power going through the meter. This Wikipedia page, under the Operation: Electromechanical header describes the principles of operation: https://en.wikipedia.org/wiki/Electricity_meter.

I believe he's calling it a motor because it spins when powered electrically.
anorlunda
Staff Emeritus
Insights Author

@jrmichler may have it. Hee is what Wikipedia says.


The most common type of electricity meter is the electromechanical watt-hour meter.[14][15] supply, the electromechanical induction meter operates through electromagnetic induction by counting the revolutions of a non-magnetic, but electrically conductive, metal disc which is made to rotate at a speed proportional to the power passing through the meter. The number of revolutions is thus proportional to the energy usage. The voltage coil consumes a small and relatively constant amount of power, typically around 2 watts which is not registered on the meter. The current coil similarly consumes a small amount of power in proportion to the square of the current flowing through it, typically up to a couple of watts at full load, which is registered on the meter.

The disc is acted upon by two sets of induction coils, which form, in effect, a two phase linear induction motor. One coil is connected in such a way that it produces a magnetic flux in proportion to the voltage and the other produces a magnetic flux in proportion to the current. The field of the voltage coil is delayed by 90 degrees, due to the coil's inductive nature, and calibrated using a lag coil.[16] This produces eddy currents in the disc and the effect is such that a force is exerted on the disc in proportion to the product of the instantaneous current and instantaneous voltage. A permanent magnet acts as an eddy current brake, exerting an opposing force proportional to the speed of rotation of the disc. The equilibrium between these two opposing forces results in the disc rotating at a speed proportional to the power or rate of energy usage. The disc drives a register mechanism which counts revolutions, much like the odometer in a car, in order to render a measurement of the total energy used.
b.shahvir

berkeman said:
Could you please link to a couple such devices so we can get a better idea what you are asking about? Thank you.

Please find the link below
https://www.electrical4u.com/induction-type-meters/

My only contention with reference to the above article is that why induction motor principle of rotating or linearly shifting magnetic fields not applicable to these types of mechanisms.
artis

Delta2 said:
I think "Self Torque" is not possible, a current cant generate a torque on itself via its own magnetic field, needs an external magnetic field.

Normally it can't but there is a specific exemption "The Faraday disc" where if you connect the disk rim and center contacts with a wire shaped in a coil the very same current that then produces a B field also acts against that B field via the Lorentz force to move the disc.
Baluncore
Science Advisor

As I pointed out in post #2, a couple of days ago, the integrator disk is used in energy meters.

The one thing it left out were the three or four small holes, approximately 1 mm in diameter, through the aluminium disk that introduce sufficient loss, to prevent the almost ideal disk creeping when no real power is being drawn.
Share:
Share

Eddy current losses in core of a electromagnetic motor
2

Induced/eddy current cancelation in a loop
2