Something I have been meaning to ask when working on my car:

Why is it that we have a 12 volt battery? Why not say 1.5 or 3 volts? Because if current is all that matters, then we could achieve higher current values to power one load (or multiple loads) with lower resistor values, no? Is it that a higher voltage battery can handle more loads for a certain amount of time or or does it have to do with the power rating of the loads we are attempting to run.

My initial guess is that sure we could use a 1.5 volt battery to say run a motor or other multiple loads (with lower resistance) but that battery would be drained fairly quickly in terms of amp hours. Am I thinking right?

PS: I am trying to think of this problem without use of transformer.

Who says current is all that matters? What you need from electricity is POWER, so if you decrease the voltage the amperage will have to increase to get the same power. And more amperage requires larger wires.
phinds
Science Advisor
Insights Author
Gold Member
2021 Award

Also, some devices don't work well on really low voltage. You COULD build a headlight that would work on 1.5 volts but you can't build a car radio that will.

Car batteries would likely be somewhat more efficient if they were a bit higher in voltage. I think the 12v standard is for safety.
meBigGuy
Gold Member

Walter - you do understand that power is the product volts X amps ?
Doubling voltage let them halve current, which let them halve wire size, which saved tons of copper. And made connections a lot more tolerant of degradation...


High-voltage system were slated to appear as secondary systems on cars and trucks, with the normal 12-volt wiring in place until the industry gradually changed over. That was necessitated partly by the need to transition the industry to high-voltage components and practices. Just imagine the changes needed for the aftermarket accessories and electronics industries to redesign all of their components to match, and you can start to explain the death of the superelectric car. Oh, and you can bet it would have been more expensive to have two separate electrical systems on every vehicle. Not to mention it would have made electrical troubleshooting even more of a nightmare.

Innovations such as wire multiplexing have reduced the size and mass of low-voltage harnesses, and electrical power steering, after 10 years of development, now operates well on 12 volts. Meanwhile, manufacturers found other ways to improve fuel economy--idle shutoff being only one of them--without overturning the entire industry. And now we have hybrids with 250-volt-plus batteries and inverters to run the starter motor. Consequently, 42 volts has just dried up and blown away. Which is fine, because I really didn't want to replace a lot of tools, test equipment and battery chargers to keep up anyway.

jim hardy said:
There are plenty of 24 volt military vehicles around

davenn said:
and all the big rig trucks out there in day to day commercial transportation across the country

Seriously? I hadn't heard of that. Multiple batteries yes, but not 24 volts.
OmCheeto
Gold Member

Averagesupernova said:
Seriously? I hadn't heard of that. Multiple batteries yes, but not 24 volts.


Best Answer:Trucks run from 3 to 4 - 12 volt batteries in parallel. (Like having one giant 12 volt battery) They use a series/parallel switch to connect 24 volts to the starter for starting only. (Puts 2 batteries in series to make 24 volts so that the starter can spin over a 2000 lb plus very high compression diesel engine, but only when in the "start" position. ) Everything else in the truck is 12 volts.

The only place you'll find true 24 volt vehicles is in the military. It is done there primarily so that military parts have no civilian use and thus are less prone to parts theft.

I would share how many volts the battery on my submarine was rated at, but then, I'd have to kill you all. 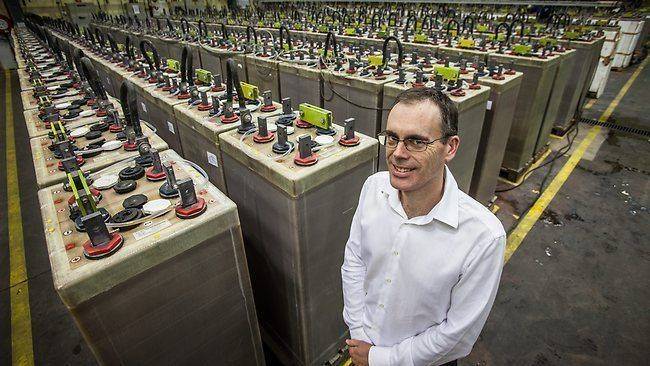 We had to make sure all of our clothing was was covered in non-conductive material before working on the beast.
It was easy to remove metallic objects, but the zipper on our jeans was a problem. I can't remember now how we dealt with that. But, the thought of a conductor, at such a sensitive position, being shorted across >100 volts, with such a low internal resistance....... hmmmm....
In an effort to cut down on waste, I usually just stripped down to my underwear.
There weren't no girls to giggle at us back then.

I just converted something that was 24 volts start and everything else 12 volts. Half the system was 12 volts negative ground and half the system was 12 volts positive ground. One battery was ALWAYS dead. Now it has a standard 12 volt alternator with two 12 volt batteries in parallel and a high torque 12 volt starter.
-
The convert from parallel to series for starting I hadn't heard of in semi tractors either. I have seen some European equipment built that way but not trucks.
waltersobchak

Thank you all for your answers so far. It has really helped me!
jim hardy
Science Advisor
Gold Member
Dearly Missed

OmCheeto said:
We had to make sure all of our clothing was was covered in non-conductive material before working on the beast.

A power plant somewhere got an aluminum stepladder across their battery and the predictable explosion ensued. I cannot imagine even allowing aluminum ladders onto plant property, we sure didn't .

Calculation of the battery pack voltage for an EV