Hello. We are elementary school kids who built a cloud chamber for our science project to test out the effectiveness of different shields against background radiation. We are not sure about something involving beta-particles. Can you help us please?

We want to understand this for sure because it will help us know how to best set up our different shields to try and block or interfere with the particles.

sure its quiet possible until the whole energy of that particle tumbles down to that minimum energy where that beam will lose all energy in entering ur chamber
in my view !! :)
mfb
Mentor
Insights Author

How thick is the glass? Why so you think they come from outside?

Shielding materials will be slightly radioactive as well.
Jr_Particle_Hunters

mfb said:
How thick is the glass? Why so you think they come from outside?


The glass is 3mm thick. Some particles also seem to be coming through the metal base of the fish tank.

We think some particles besides muons are coming from outside the tank because of tracks like the middle particle in the photo we're attaching. Video shows that the track began from behind or on the glass. The track was short and curled a little at the end, so we don't think it was a muon. 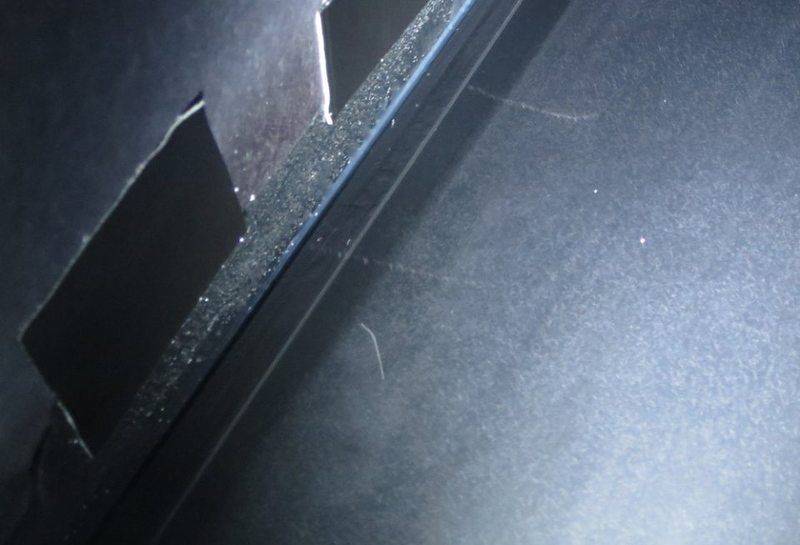 Also, do you think this other track is a muon with a delta ray, or something else? 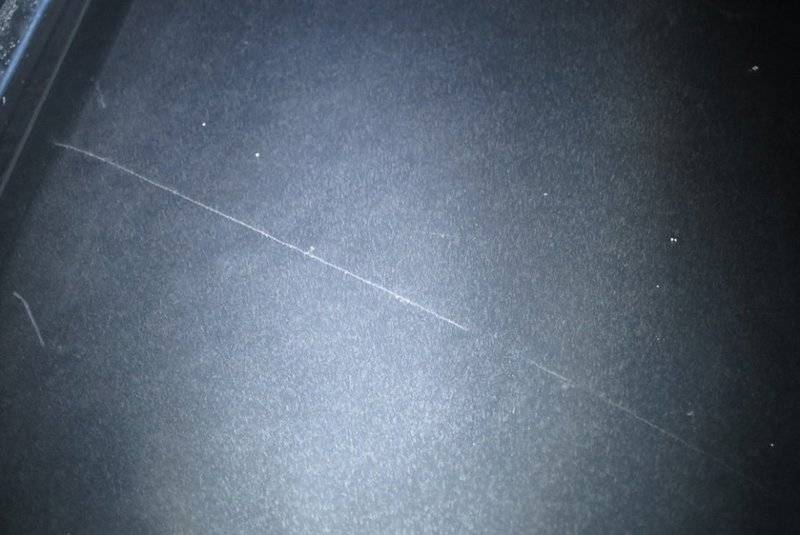 On the glass sounds much more plausible than behind.

The last one looks like a muon, although the angle is unusual.
Jr_Particle_Hunters

Some high-energetic electrons can pass the glass, but where do you expect a strong emitter outside?
Jr_Particle_Hunters

(Dad writing for boys now...thanks for helping out:)

The main source of our confusion comes from still not being certain about the actual source of the ionizing radiation causing the tracks...Is the main source simply Cosmic background radiation whizzing straight through our chamber, and decaying and ionizing along its way to produce chamber tracks?

i.e. Forgetting the trace radon alpha tracks and obvious muon tracks, are all the other many, many beta-particle tracks and other short curly/wispy tracks we see contained inside the chamber being caused by secondary Cosmic radiation like muons or Gamma rays blasting through the chamber?

The only particles from cosmic rays that make it to the ground (in relevant amounts) are muons. Their decays produce a few high-energetic electrons, but those are rare. The remaining activity comes from the natural activity of all the materials in the cloud chamber.
Jr_Particle_Hunters

mfb said:
The only particles from cosmic rays that make it to the ground (in relevant amounts) are muons. Their decays produce a few high-energetic electrons, but those are rare. The remaining activity comes from the natural activity of all the materials in the cloud chamber.

Thank you again for the reply! Strangely, today I was told by someone in the radiation supplies industry (emitters, etc) that a majority of tracks in a cloud chamber are the result of cosmic radiation decaying and knocking atoms loose from atoms in the chamber's vapor. So much for a consensus:)
mfb
Mentor
Insights Author

Well, you can have some secondary effects: the electrons (and also the muons) can hit nuclei and accelerate/split them, and so on. I don't have numbers for the relative fractions, and it also depends on the level of radioactivity and the place of the detector. At sea level, you have about 1 muon per second and square decimeter. Compare this to the number of tracks you see.
Share:
Share

Related Threads on Beta particle penetration in our cloud chamber?

B No traces in cloud chamber (experimental physics)

Identifying trails in a Cloud Chamber

Ionizing Radiation in a Cloud Chamber

Why does positron not annihilate sooner in cloud chamber experiment