Hello!
Not sure if this should go here, but it's from a physics textbook.
I was reading about charge by induction and the use of an earth to achieve this.
Here's a wonderfully detailed and exquisite image that took many laborious hours to construct. The red and black earths are not intended to be present at the same time, but represent to different to scenarios: 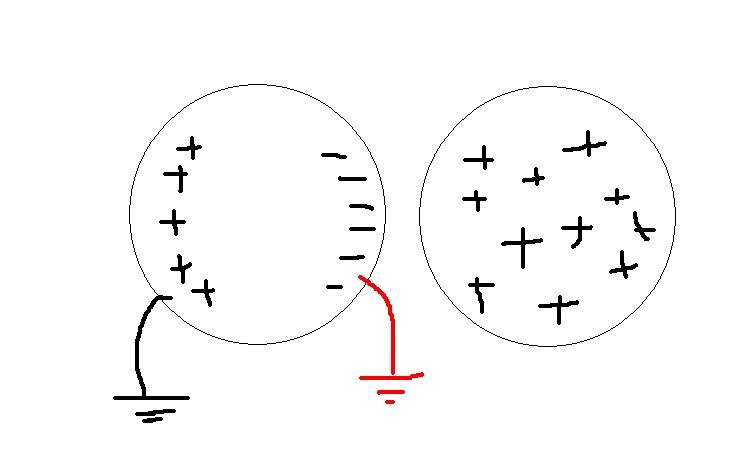 I have read your whole post. I think what I mean is correct yet precise.
Your text book is correct. Earth can be regarded of sea of electrons and protons and hence is potentially neutral. It is sink of electrons as well as source of electrons.

Connect both the ends to the earth wire. Since the electrons in right end are held by strong force they cannot go to earth , thus only electrons can flow from earth to the left end and equalize the positive charge.

And yes , you say how can earth only give electrons and not take them in this case ? Unless you apply any "electromotive force" , electrons will flow from more to less due to net electrostatic attraction.

First attachment is a sequential image of yours and second is its consecutive one when you remove earth wires.

I agree with Sankalpmittal explanation
nobahar

Related Threads on Earth wire position and charging by induction

T
Describing a system by position and momentum.

Charging an object by friction