Katherine Johnson made famous by the "Hidden Figures" movie of 2016 died at the age of 101. 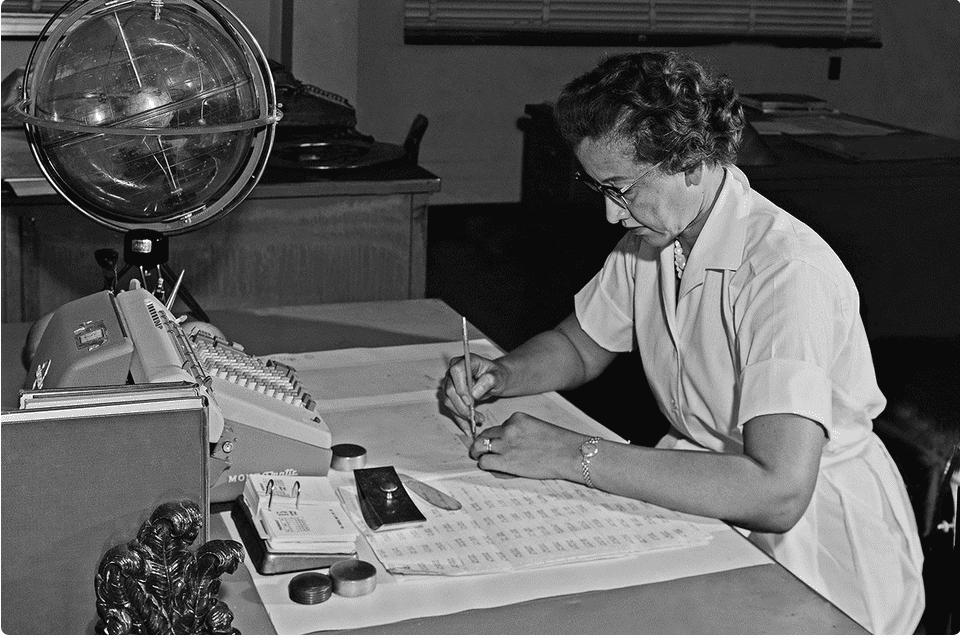 She was a NASA "human calculator" involved in calculating trajectories of astronaut carrying space craft before computers were used for that purpose.
Being a black female she also had to deal with race and gender barriers during her career.
CNN story here.

Just watched that movie again last week. Those women had to be superhuman to succeed with so much stacked against them.
Klystron
Gold Member

I have not seen the film but remember Ms. Johnson from group photographs posted at NASA. My favorite quote from this NYT article:

"The guys all had graduate degrees in mathematics; they had forgotten all the geometry they ever knew, ... I still remembered mine.”


Katherine Johnson, who died Monday at age 101, was a pioneer in many ways: She was an early employee of NASA (and even worked at the agency that predated it), and an African American woman working in a field hugely dominated by white men. She was also a pioneer in that her work helped put humans in space, and returned them safely home to Earth.

Before rising to pop-culture fame with the book and movie Hidden Figures, before being awarded the Presidential Medal of Freedom, Johnson created and calculated some extremely important equations to make America’s adventures in spaceflight successful. As Bill Barry, NASA’s chief historian, told the Washington Post in an obituary: “If we go back to the moon, or to Mars, we’ll be using her math.”

Here’s what she did, and why she’ll be remembered for a long time.

What would be cool is if they could actually show the actual orbital mechanics work they did for the flight and how it was computed.

You have a moving spaceship, a moving and rotating Earth, air resistance... and then the ship majestically lands where you want it to.
hutchphd
Science Advisor

I grew up in a small town not in the deep south. Chestertown, Maryland in 1960 was filled with wonderful caring people who carelessly and openly practiced apartheid.
White schools, white lunchcounters, white country club, white churches: invisible people of color.
We should not forget the magnitude of the accomplishments of Katherine Johnson.
Too bad the Presidential Medal of Freedom has been recently devalued.
Klystron
Gold Member

hutchphd said:
I grew up in a small town not in the deep south. Chestertown, Maryland in 1960 was filled with wonderful caring people who carelessly and openly practiced apartheid.
White schools, white lunchcounters, white country club, white churches: invisible people of color. [...]

I had no conception of Ms. Johnson's ethnicity until I read the obit; just knew she was a female "computer" in an era when aerospace was dominated by males.

Growing up in the San Francisco Bay Area in the 1960's attitudes appeared more relaxed but ugly incidents still occurred. People brought old prejudices with them. I remember a visitor from New York pointing to one of my schoolmates over for lunch and study group. "He's Chinese!". My response, "Huh. What?"
davenn
Science Advisor
Gold Member
2019 Award

A nice depiction in a cartoon 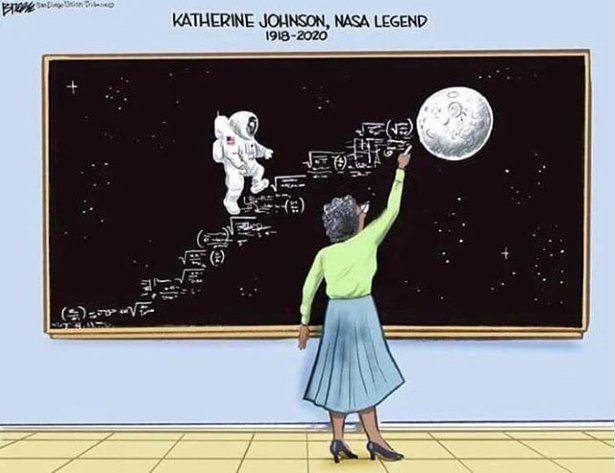 An appreciation in the NY Times of Katherine Johnson by Dr. Mae Jemison, an engineer and physician, and the first woman of color in space.
Log in or register to reply now!

Inducted into the Toy Hall of Fame

The Baloney Hall of Fame