Measuring the speed of light from moving source of light

The speed of light from a moving source of light is usually recognized indirectly, based on various explanations of phenomena. The speed of light is fairly simple directly measurable on the basis of autonomous and separate measurements of the frequency and wavelength of the light. 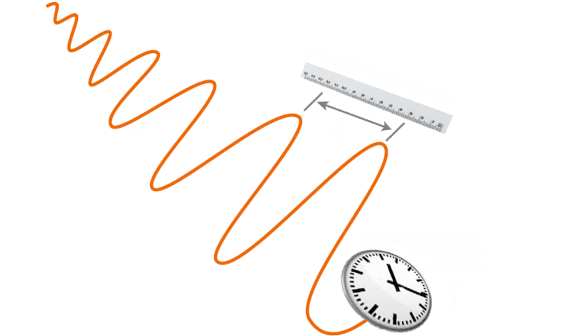 Rozman said:
The speed of light is fairly simple directly measurable on the basis of autonomous and separate measurements of the frequency

Really? Can you cite any references showing this? In particular the accuracy to which frequency and wavelength measurements can be made in the optical range?

But whether you call it direct or indirect, such a measurement does not seem simple to me. At least not to the level of precision available with standard measurements.
pervect
Staff Emeritus
Science Advisor
Insights Author

One way of addressing the issue would be by acquiring some old "retro" standards of the meter that are not based on the current SI definition of the meter. This means that the aspiring experimenter may not be able go to their local national institute of standards to calibrate their standards used to measure distance (whether it be flight distance or wavelength) for such an experiment. They would need to use a different standard (I would assume they would use the old standard based on the prototype meter bar standard, but I'm not the one interested in doing such an experiment). More importantly, beside using such a standard, they'd need to describe what standard they were using in some detail.

The fact that our primary standards have been calibrated from atomic clocks and the speed of light for quite some time should be a big clue that such an experiment is not likely to yield any unexpected results, given the number of highly precise experiments which have been carried out successfully using references traceable to the NIST standards, said standards being based on the constancy of the speed of light.

It could be interesting to find the meeting notes of the professional body, the BIPM I believe, where the change in standard was discussed before being adopted. I'm sure I've read something about this once upon a time, but I don't recall the details.
Last edited: Jun 27, 2018
Rozman

Dale said:
Really? Can you cite any references showing this?

I described the method of separate frequency and the wavelength measurement of light in the article: <Personal unpublished link deleted> I'm looking forward to some response to the article.
Last edited by a moderator: Jun 28, 2018
Dale
Mentor
Insights Author
2021 Award

Rozman said:
I described the method of separate frequency and the wavelength measurement of light in the article: <Personal unpublished link deleted> I'm looking forward to some response to the article.

We do not provide review or editing of personal research prior to publication in the professional scientific literature.
Share:
Share

G
Measuring the speed of light

V
I Measuring the speed of light

Light emitting from an object moving near the speed of light.

I Light speed independent of source

M
I Reference for measuring the speed of of light

B Measuring the One Way Speed of Light
6

Concept of simultaneity when moving at the speed of light