(Attached is the image accompanying the problem). [/B]

Sorry, that was a typo which persisted through my idiocy. I corrected it.
arpon

I suggest you to think about the free body diagram.
At first, think about the free body diagram of one of the men.
He is exerting force f each on the rope, and so according to Newton's third law, the rope is also exerting force f (upward) on him. Let's assume, he is exerting a force R on the platform, and the platform is exerting the same force R on him in the upward direction. The other force on him is gravitational force which is equal to mg. So the net force on him is, ##F_{net} = R + f - mg ##; Again, ##F_{net} = ma##. So ## R + f - mg = ma##
In this same way, you may find out, equations for the other man and the platform, and solving these equations, you may find out accelaration.
RioAlvarado

Wouldn't the force R simply be equal the normal force the man is exerting on the platform and in turn then be equal to ##mg##, giving ##f = ma## out again since R would cancel with ##mg##.
arpon

RioAlvarado said:
Wouldn't the force R simply be equal the normal force the man is exerting on the platform and in turn then be equal to ##mg##, giving ##f = ma## out again since R would cancel with ##mg##.

No. Suppose, you hang a ball with a rope. The rope is straight. Then you just touch the ball on a weighing machine keeping the rope straight. Will there be any weight found on the machine? 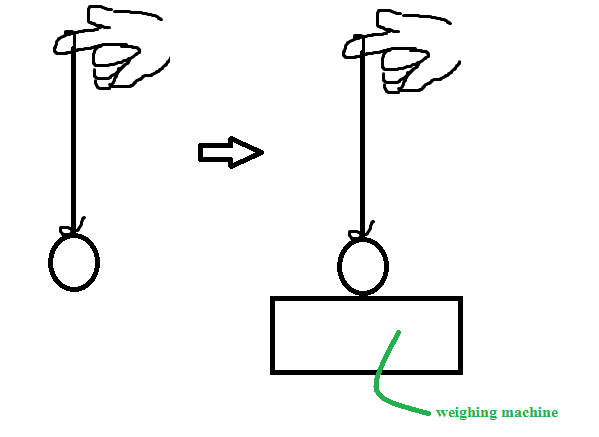 Another example. Suppose, a heavy stone hangs from a crane. And you touch your hand under the stone. Will you feel any force on your hand? 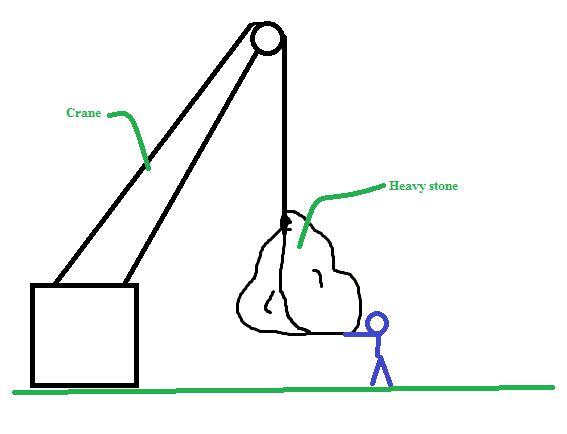 Alright, I think I understand what you mean.


So would the equation for the other man just be ##R+f−mg=ma## since he is identical to the first man and the equation for platform would be ##2f -1.2mg = ma## Two f for the tensions forces acting on the block, minus the downward component of force?

I'll work on it more tomorrow as well, if I can't reply any more tonight.
arpon

So it would then be: ##2f - 1.2mg - 2R = 1.2mg## (because since before you defined the force R to be the force the platform exerts on the men upwards, the normal force for the platform by the men should be twice the negative of R).
arpon

My eternal thanks good sir or madame. Your advice was instrumental in my finding the solution.
arpon

RioAlvarado said:
My eternal thanks good sir or madame. Your advice was instrumental in my finding the solution.

Problem in mechanics involving a pulley