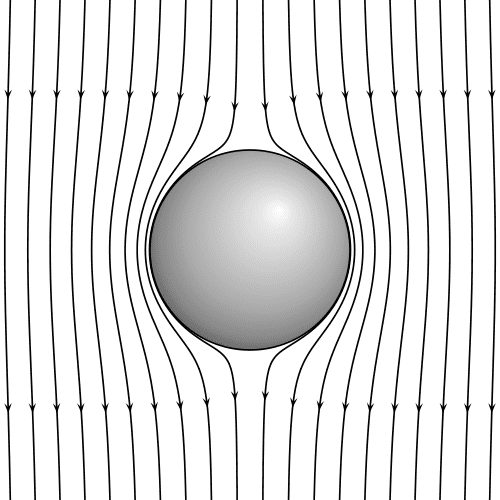 So it would appear that the type 1 meissner effect allows for the localized increase of magnetic flux density (as the displaced field must go somewhere, the B field is somewhat larger at the surfaces of the superconductor then elsewhere, and in fact is a higher value then anywhere prior to the superconducting transition.)

What would be expected to happen if this experiment could be arranged? 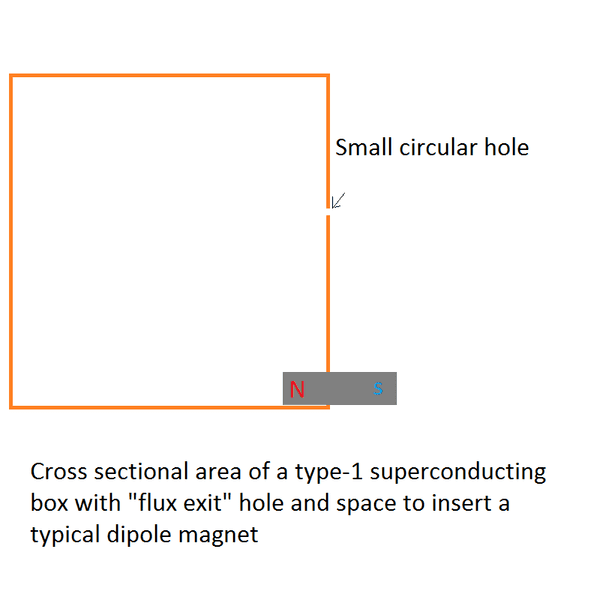 So basically - imagine a box made entirely of a cooled type-1 superconductor (walls thick enough that we can ignore the London penetration depth) with two holes : one just the right size to insert half of a dipole magnet, and another above this.

Does that mean we would see a significantly larger B field at that hole? Would all the lines really be forced to travel through that area to return to the south pole?

What if the gap was removed and there was no possible return path that did not pass through the superconductor?

Or would the static field strength of the magnetic cause the superconductor to return to a normal state by exceeding its critical field density? (It seems like those values for Hc are quite high and usually occur as the result of using a superconductor as an electromagnet in particle accelerators / NMR machines / etc)

This is known as "flux focusing" and is well known. It has many applications in e.g. magnetometry (the effect can be used to "amplify" an external field). It is something one always has to consider when working with superconductors, especially thin film devices where this effect occurs all the time, the local B fields can be much higher than the applied field.

So, yes, most of what you are writing is correct; the field "has" to go through the hole. I suspect that answer to the situation without a hole would be that the field would simply go back via the magnet itself (e.g. along the surface).
msbe

Thanks, i'll have to look into this.

Are there any estimates of how large the amplification can be made? I'm curious since it would seem that with say, additional rare earth dipole magnets and a small enough hole you could produce very large static field strengths - perhaps on par or larger then those created with high field superconducting electromagnets - albeit only in a very small area.
f95toli
Science Advisor
Gold Member

The focusing effect depends on the geometry, typical values are -as far as I can remember- about 10-20 at most; at least for the circuits I've designed/used.

Uses of type I superconductors

D
Using what Liquid gas to cool TYPE I Superconductors?

A Does a type I superconductor have to be single crystal?