What materials can transfer sound vibration?

If water is hold inside the water bottle, which is made of plastic, and I play music within the room, can the sound vibration get through the plastic bottle and transfer it into water?
Does anyone have any suggestions on what kind of materials to hold the water to get the best transfer rate on sound vibration?
Thanks in advance for any suggestions 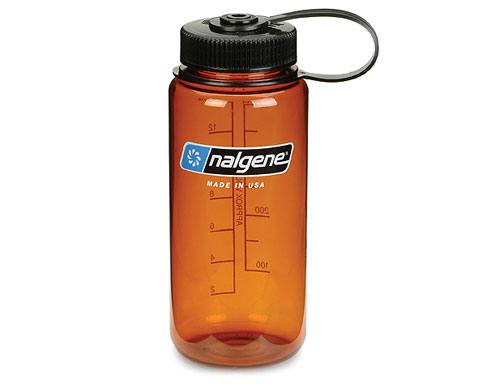 Yes, the sound will get through the plastic and into the water inside. All materials transfer sound waves to some extent.
Bobbywhy
Gold Member

Whenever acoustic waves pass from one medium to another there is what is called an “acoustic impedance” that determines the efficiency of the transfer of wave energy. A low acoustic impedance transfers more energy and vice versa.

Sonar systems can both transmit acoustic energy and receive it. A sonar transmitter, known as a “projector”, uses a piezo-electric ceramic element that is excited by a voltage signal. It vibrates in a chamber filled with liquid similar to glycerin which is isolated from seawater by a flexible rubber barrier. This rubber is specially made so as to match the acoustic impedance of the inner liquid to the seawater. Typically the rubber called Rho-C is used. If the set up works as planned then nearly all the energy generated by the piezo-ceramic passes through the glycerin, the rubber, and is transferred efficiently into the seawater. If the rubber was more brittle (rigid) for example, the acoustic impedance would be higher and less energy would be transferred to the water.

In your example the acoustic waves in the air arrive at the plastic bottle and impart their energy onto its surface. My guess is it does allow some of this signal to pass into the water inside, but probably only a small amount because the semi-rigid bottle presents a high acoustic impedance. To get the best transfer of acoustic energy from air to the water use a thin rubber bottle. Maybe a condom?

I have recorded the songs of blue whales off the coast of Los Angeles using similar
equipment.

Why would you want to send your music inside the bottle?
sophiecentaur
Science Advisor
Gold Member

Water is quite good at transmitting sound but your ears are not very suitable for getting the sound energy out. They are designed to extract sound energy from air, which is much less dense and much less 'stiff' than water. In air there is a large displacement and a low pressure variation but in water the pressure variations are larger with very small displacements. They are said to have different 'Acoustic Impedances' (mentioned previously). Sound travels much faster in water, too.

If you put your head under water, everything goes quiet and all you may hear can be the buzzing / ticking of a passing outboard motor or someone tapping on the side of the bath.
otoh, fish and cetaceans have hearing systems that 'match' well to the water and they can hear sound from miles away - so the sound energy does, actually, travel quite well through water - as long as you can launch it and receive it well.
btw, I am sure that a Dolphin would not hear sound very well when out of the water. I feel very sorry for whales that live near busy boating areas - talk about noise pollution!
sophiecentaur
Science Advisor
Gold Member

In answer to your actual question (), to get the water in your bottle to vibrate a lot due to the sound from outside, you need to 'match' the impedance. If the bottle were put at the (narrow) end of a large, tapered acoustic horn, the pressure variations would be greater, so sound would be coupled better to the water.
Share:
Share

Related Threads on What materials can transfer sound vibration?

Sound and Vibration in Solids

B
Is glass the only material you can break with sound?

I
Trying to better understand sound & vibration on textured surfaces

K
What is sound?

T
Vibrations in a glass with water.

What exactly is sound?