I Am Wanting to Find out who Created the inverse square law. 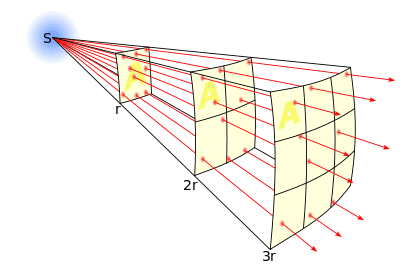 I'd say the first use of it was probably Isaac Newton, who discovered that the force of gravitation falls off in strength at a ratio of 1/r2, which is known as the inverse square law.
sophiecentaur
Science Advisor
Gold Member

Drakkith said:
the force of gravitation falls off in strength at a ratio of 1/r2

It would have been much easier verify the ISL using light. His astronomical observations would not have given a direct 'proof' of ISL but he could have easily verified the effect of the ISL law with a simple photometer. You could do it yourself, on the 'kitchen table' with some light bulbs, tracing paper, oil and some cardboard boxes, painted black, to exclude extraneous light and reflections. No light meters need to be involved.
Here you are. That could be you and me in the front picture. (I thought, at first, the guy on the left was in his PJs.)
SteamKing
Staff Emeritus
Science Advisor
Homework Helper

InverseSquareLaw said:
I Am Wanting to Find out who Created the inverse square law. 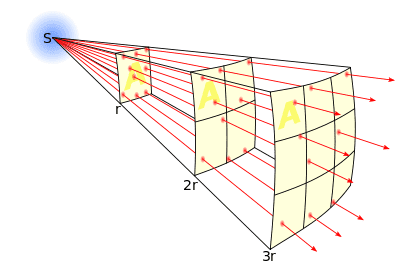 The ISL was known long before Newton came along, and not only in connection with gravitational concepts:

The earliest indication from history is that the ISL could explain an observed physical phenomenon came from Oxford in the mid-14th century concerning the intensity of illumination. Later, the concept was picked up by other scientists, including Kepler, who suspected but could not prove that planets in orbit about the sun obeyed an ISL with respect to the force of attraction between them.

Other scientists in England, including Robert Hooke, Christopher Wren, and Edmond Halley, also subscribed to the idea of gravitation obeying the ISL, but it was Newton who showed that by calculation, the assumption of the ISL for gravity led directly to Kepler's laws of motion, and this astonishing result formed the basis for Halley to urge a reluctant Newton to write the Principia.
Share:
Share

Related Threads on Who Created the Inverse Square Law Theory