Would aliens need our resources?

There has been much debate about SETI (Search for Extra-Terrestrial Intelligence) and whether or not we should try to contact ET. Some (Including Stephen Hawking) have argued it is a bad idea to announce "We're here" as the aliens would likely come here, squash us like an ant hill in Africa, and take our resources (minerals, etc).

In order for any alien civilization to get here, they would need to travel beyond the speed of light or be able to create a worm hole, or some other mode of transport beyond our current understanding of what's possible in physics. Given the incredible age of the universe, and how far we've come in our measly 5,000 years of civilization, it's reasonable to think it could be possible for some alien civilization to achieve warp travel and arrive here.

Here's my problem; any civilization that's achieved warp speed, I believe, would have long ago achieved the ability to make any elements they want from any collection of matter available to them. We've already been able to produce a number of elements in nuclear fission and fusion reactions. I don't believe it is at all beyond our understanding of physics to produce any element we want. The stars did it, didn't they? It probably just takes more energy than our current capabilities allow. So wouldn't it stand to reason that there is no way this alien civilization would need to take our copper, zinc, gold, or unobtainium? We simply don't have anything that they wouldn't have been able to make for themselves long ago.

Now our lifeforms might be something they would be interested in studying. I'd be more afraid of ending up in an interstellar zoo than being destroyed to harvest our minerals.

The queston is why no civilization has yet colonized the entire galaxy.

There are no elements on earth that are not readily abundant in asteroids in the aliens home system. But who knows what would motivate an alien civilization capable of interstellar travel?
BillTre
Science Advisor
Gold Member

There seems to be a lot of minerals, as well as water and other more volatile things, in more easily accessible places (asteroids, comets, etc.) than in a planet's gravity well.
Vanadium 50
Staff Emeritus
Science Advisor
Education Advisor
2019 Award

Depends on what you consider resources... 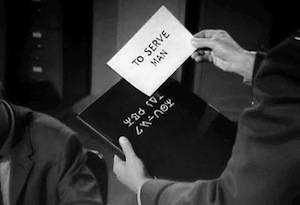 Long time ago, I was part of a group who made an expensive trip to a remote, cold island. Collected and pressed plants, banded and identified birds, sampled the water column for algae and nutrient levels, and so on.

Does research count in this question?
Mark44
Mentor
Insights Author

Vanadium 50 said:
Depends on what you consider resources...

Humans might be pretty tasty to these extra-terrestrial visitors.
Khashishi
Science Advisor

I suspect that the most important resource to an advanced civilization is energy. I don't see any particular reason why they would need energy from our solar system, since all systems have energy, and space is big.
StatGuy2000
Education Advisor

The very question posed here and the subsequent replies all make the implicit assumption that an advanced civilization equivalent to or exceeding the capabilities of humans are somehow an inability in this universe. I think it's worth deconstructing this for a moment.

Even if we were to assume that life outside of the planet Earth in other galaxies or solar systems exist, it is far from guaranteed that intelligent life will necessarily emerge. All species here on Earth, including our own, have evolved into our present form through natural selection, where various traits (including intelligence) arose through random mutations in our genome that were then subsequently selected for due to conditions directly related to the surrounding environment.

Can we really say with any degree of certainty that, under potentially different environmental conditions, that intelligence life that is somehow similar to our own could evolve? It isn't even certain that an equivalent intelligent animal (with the capabilities of developing an advanced civilization) could have evolved if, by some happenstance, the early hominid species had become extinct.

Furthermore, even if we were to assume an alien species with equivalent intelligence to our own had evolved in another planet, there is far from a guarantee that they would have necessarily developed a technological culture that would have allowed them to travel across other galaxies. Even here on Earth, there continues to exist various human societies who live as hunter/gatherers such as our ancestors had done during the Paleolithic or early Neolithic period. For example, consider uncontacted people such as the Greater Sentinelese or the various remote tribal communities in Papua New Guinea or the Amazon rainforests in Brazil.

It is not inconceivable to me that many intelligent alien life that exists may well be in a cultural state similar to these uncontacted peoples on Earth, and thus the probability that these alien life would have somehow been able to (a) develop the technology to leave their home planet, and (b) chosen to travel far and wide to seek other planets, are far from guaranteed, or even necessarily that likely.
Khashishi
Science Advisor

StatGuy2000 said:
It isn't even certain that an equivalent intelligent animal (with the capabilities of developing an advanced civilization) could have evolved if, by some happenstance, the early hominid species had become extinct.

We see tool use by many species of birds, and birds are also capable of communicating to some degree. I think, given a few million years, they could perhaps develop language and technology.
A lot of people consider octopi to be very smart, but I don't know to much about their tool usage or language skills.
Orcas, too.

It's possible that there are extremely intelligent aliens on some planet somewhere, but they never achieved space flight because they live on a resource poor planet, and they don't have vast reserves of fossil fuel to burn. Could we get to space without fossil fuels?
Lord Anoobis

Mark44 said:
Humans might be pretty tasty to these extra-terrestrial visitors.

Khashishi said:
We see tool use by many species of birds, and birds are also capable of communicating to some degree. I think, given a few million years, they could perhaps develop language and technology.
A lot of people consider octopi to be very smart, but I don't know to much about their tool usage or language skills.
Orcas, too.

Yes, it is true that many species of birds engage in tool use (as do many mammal species as well), and all animals engage in communication in some form between members of the same species. However, I think it would be a mistake to assume that language (of the sort that the human species engage in) and the development of technology (which ultimately involve the capability to think abstractly, among other cognitive processes) will inevitably evolve among other species after a millennia. It may well be the case that the specific mental capacities that allowed hominid species to develop language may well have arose randomly, and the trait was selected for through environmental conditions that were unique to hominid species in East Africa many thousands of years ago, and that similar traits may not necessarily arise independently (either here on Earth, or elsewhere on other planets).
Khashishi
Science Advisor

Yeah, we really don't know how likely it is to evolve the intelligence, social, and physical capability to develop technology. I don't think hominids are required, but there's a lot of chance involved, and we got there first.
gmax137

I read the OP as saying, any alien culture capable of coming here to earth really doesn't have a reason to do so. Arguments about whether there are cultures with the capability is really not the point.
MulderFBI

If they are capable of interstellar travel then no I don't think they will need Earth's resources, they could grab few asteroids and get what they want in precise and vast amounts. The only possibility I find is encountering intelligent alien life that is capable only to travel inside a Solar System. So they would come from Mars and conquer us for resources.
StatGuy2000
Education Advisor

StatGuy2000 said:
The very question posed here and the subsequent replies all make the implicit assumption that an advanced civilization equivalent to or exceeding the capabilities of humans are somehow an inability in this universe. I think it's worth deconstructing this for a moment.

I doubt they'd need our resources.

I'd assume if their science were advanced enough for galaxy hopping - if not worm hole space navigation - that their chemistry would be advanced enough to supply them with whatever they needed.

Even if they did need some of our resources, maybe some version of The Prime Directive would exist that would prevent them from taking our stuff.
Log in or register to reply now!

Related Threads on Would aliens need our resources?

Aliens in our afterlife

Would the aliens intervene?

Why would aliens come here
2

Why would aliens come here? (resurrected)