Frequency spectrum of a clarinet

Usually, the clarinet is presented as acting like a pipe system closed at one end, which only allows for harmonics that are odd multiples of the fundamental frequency. I used the app "SpectrumView" by OxfordWaveResearch to measure the following spectrum: 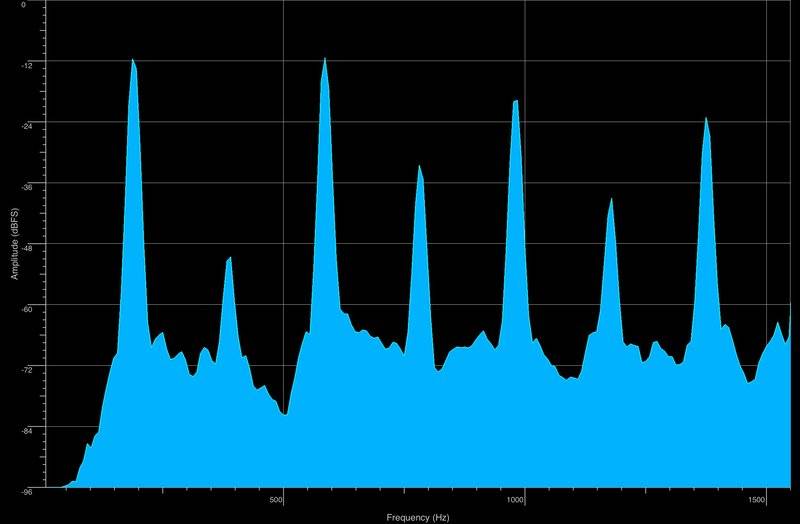 Is something wrong with my measurement, or is the closed-pipe-nature of a clarinet really THAT indistinct?

As a comparison, the spectrum of the G string of a guitar (which resembles a pipe closed at both ends), which has the same fundamental frequency: 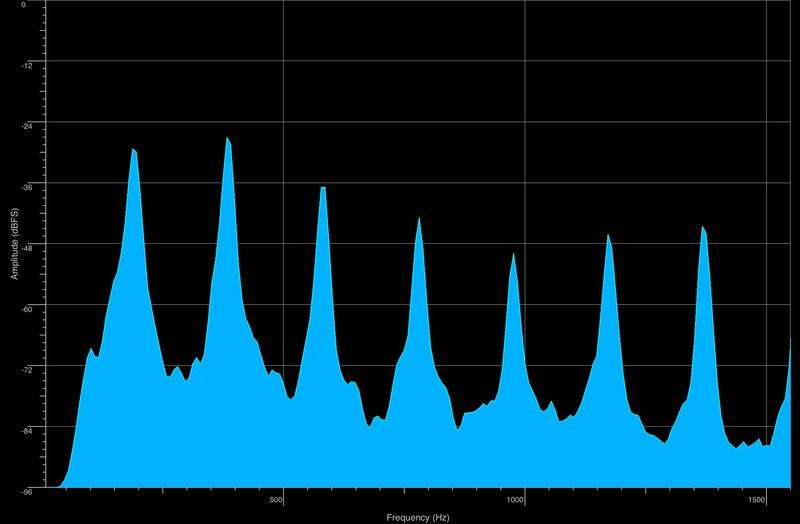 The short answer to your question is that there are reed resonances in the clarinet that fill in the spectrum. There is a wealth of information on clarinets and other instruments here
http://newt.phys.unsw.edu.au/music/clarinet/
Share:
Share

Related Threads on Frequency spectrum of a clarinet

R
Relationship between relative frequencies of electromagnetic spectrum and sound

Harmonics are integer multiples of a fundamental frequency

M
Resonant frequency of a pipe submerged under water

H
Calculating the frequency of an open end pipe?