Mw 7.5 coming in on my seismograph

looks like USGS are placing it in the northern Kuril Islands, NW Pacific

Any tsunami warnings? That' d be all we need now.
StevieTNZ

This is from stuff.co.nz: https://www.stuff.co.nz/world/europe/120568205/78-magnitude-earthquake-near-russia-japan


The Pacific Tsunami Warning Centre initially warned hazardous waves were possible in parts of the Kurils, but later said based on further analysis that waves of less than 30 centimetres above tide level were possible in the northern Pacific. It noted that the wave height and potential hazard may vary by geography and other local features.

Bystander said:
Any tsunami warnings? That' d be all we need now.

The first hour of recording before the trace starts overwriting itself 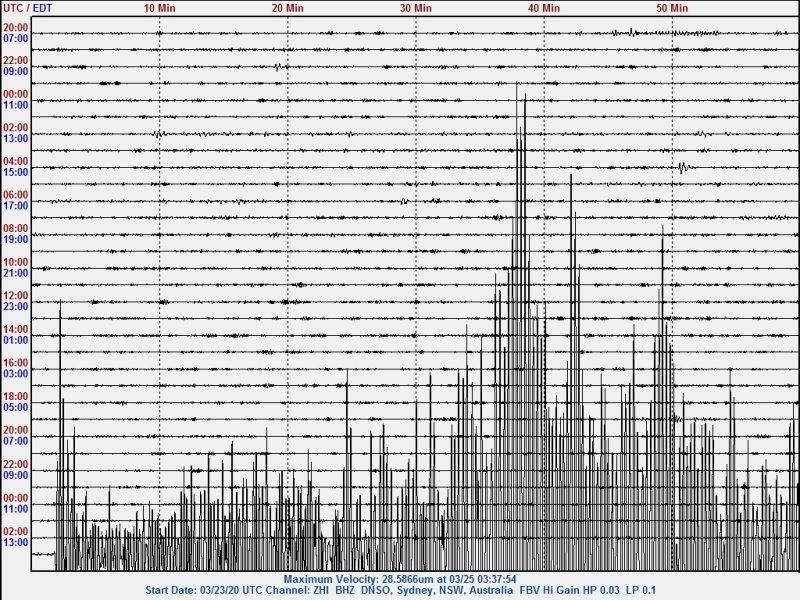 Related Threads on Mw 7.5 coming in on my seismograph

First light on a seismograph

A Mw6.7 coming in from Turkey now

Oldest Functioning Seismograph - and why